Lake Superior To Be Saved 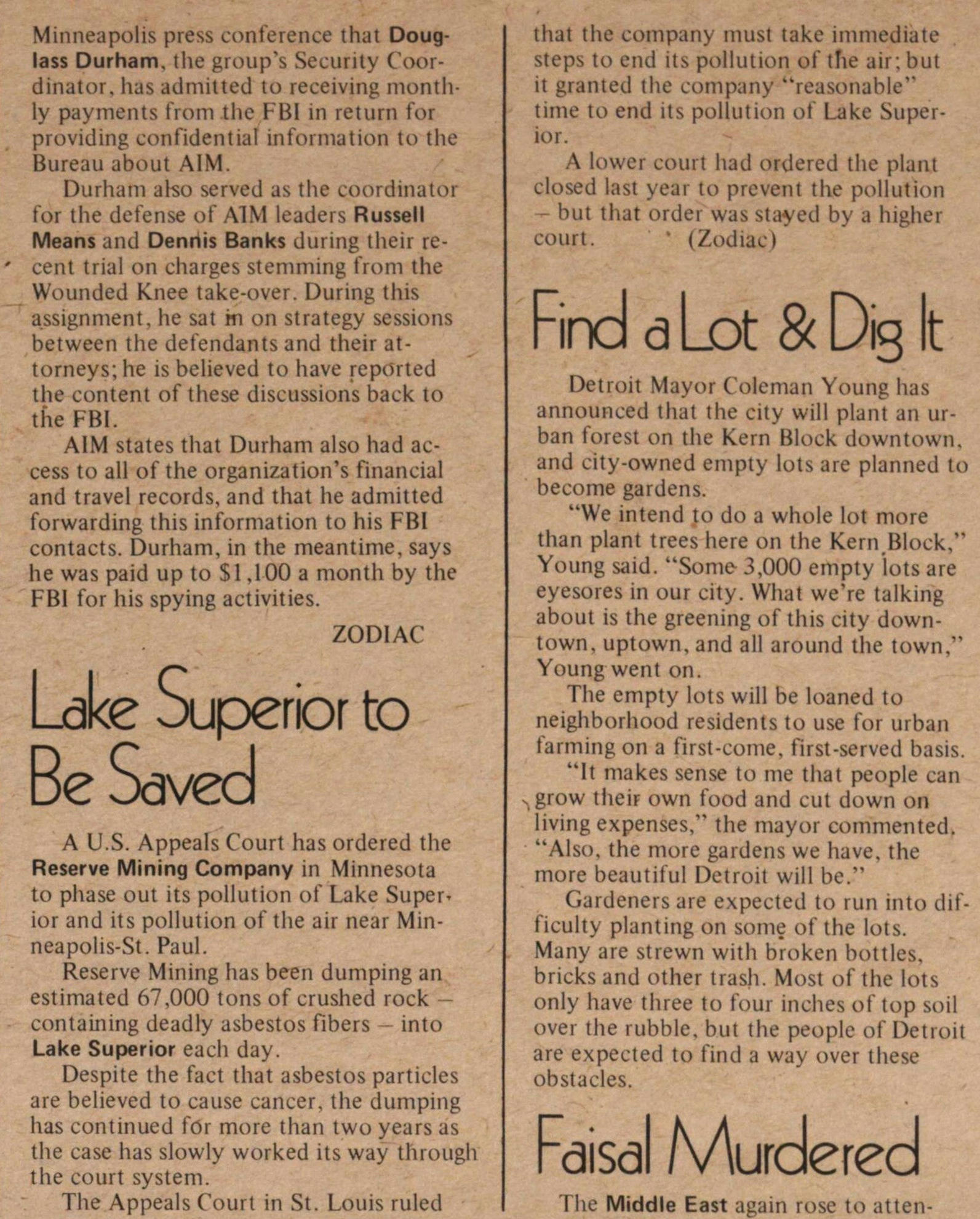 Lake Superior to Be Saved

Reserve Mining has been dumping an estimated 67,000 tons of crushed rock - containing deadly asbestos fibers - into Lake Superior each day.

Despite the fact that asbestos particle are believed to cause cancer, the dumping has continued for more than two years as the case has slowly worked its way thuough the court system.

A lower court had ordered the plant dosed last year to prevent the pollution - but that order was stayed by a higher court.