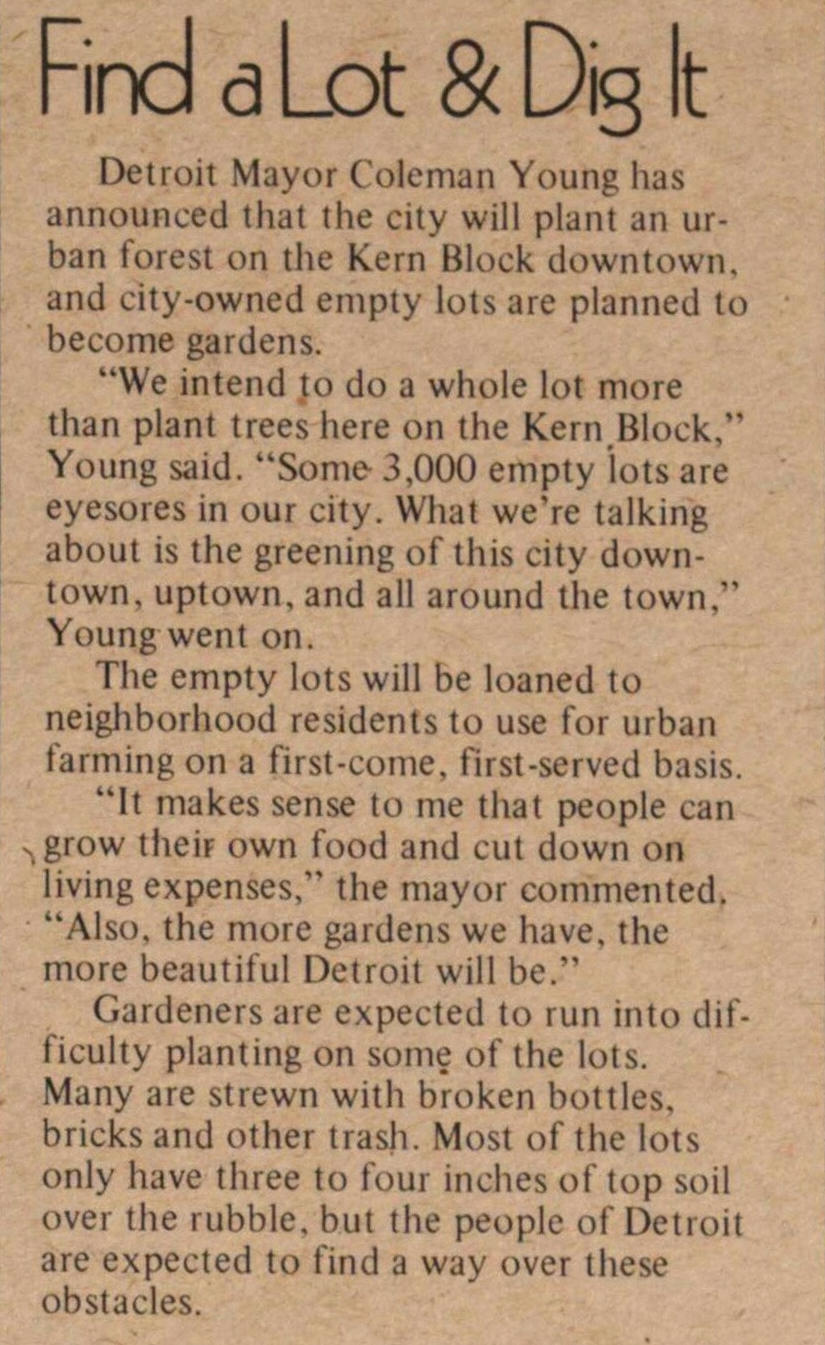 Detroit Mayor ('oleman Young has announced tlwt the city will plant an urban forest on the Kern Block downtown, and dty-owned empty lots are planned tu become gardens. "We intend to do a whole lot more than plant trees liere on the Kern, Block." Young said. 3,000 empty lots are eyesores in our city. What we're talking about is the greening of this city downtown, uptown, and all around the lown," Young went on. The empty lots will be loaned to neighborhood residents to use for ui ban farming on a first-come. first-served basis. "It makes sense to me that people can n grow theiF own food and cut down on living expenses," the mayor commented. "Also, the more gardens we have. the more beautitul Detroit will be." Gardenersare expected to run into ditficulty planting on some of the lots. Many are strewn with broker) bot t les. bricks and other trash. Most of the lots only have three to hun inchesof top soil over the rubble. but the people of Detioit are expected to find a way over these obstacles.