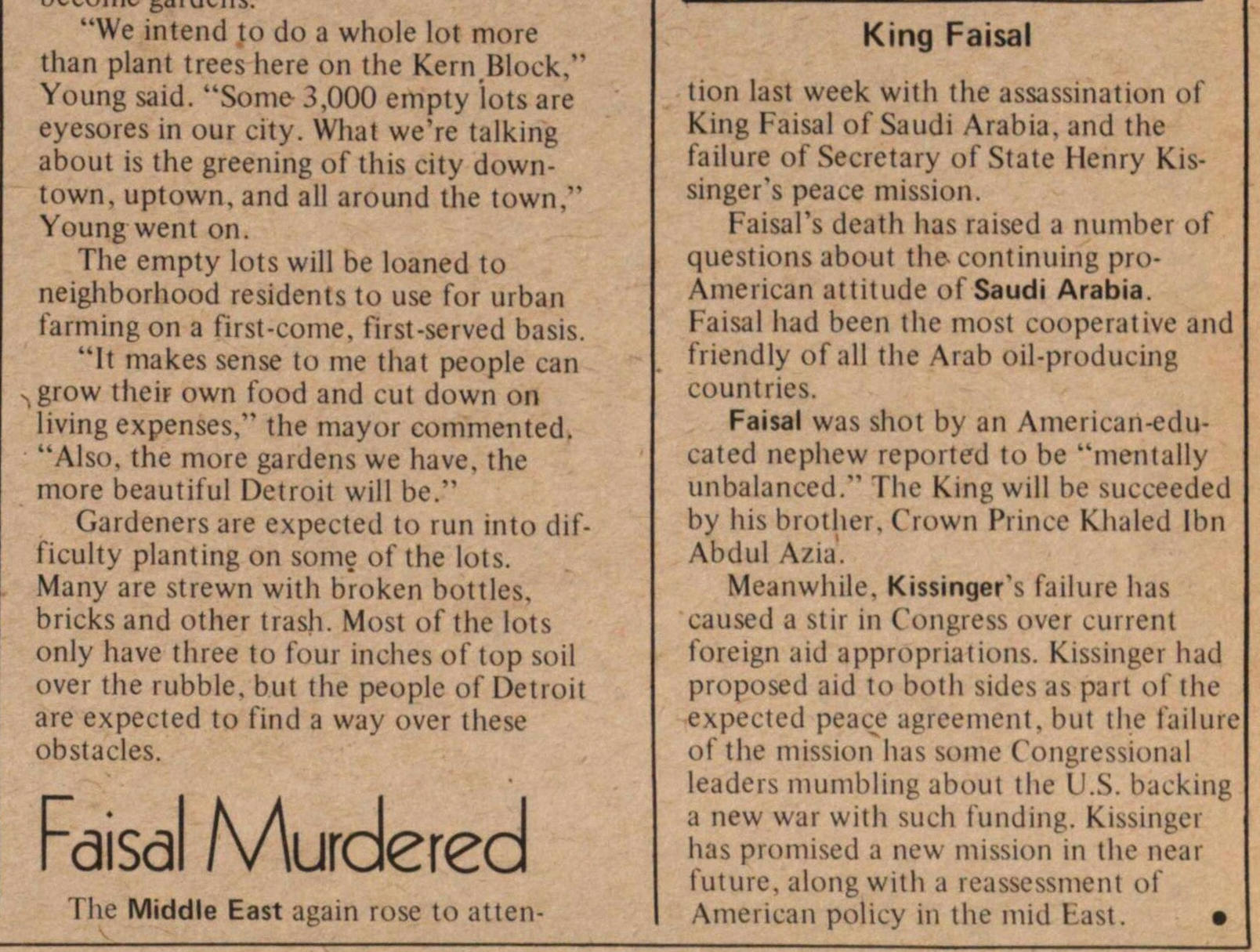 The Middle East again rose to attention last week with the assassination of King Faisal of Saudi Arabia, and the failure of Secretary of State Henry Kissinger's peace mission.

Faisal's death has raised a number of questions about the continuing pro-American attitude of Saudi Arabia. Faisal had been the most cooperative and friendly of all the Arab oil-producing countries. Faisal was shot by an American-educated nephew reported to be "mentally unbalanced."The King will be succeeded by his brother Crown Prince Khaled Ibn Abdul Azia.

Meanwhile, Kissinger's failure has caused a stir in Congress over current foreign aid appropriations. Kissinger had proposed aid to both sides as part of the expected peace agreement, but the failure of the mission has some Congressional leaders mumbling about the U.S. backing a new war with such funding. Kissinger has promised a new mission in the near future, along with a reassessment of American policy in the mid East.