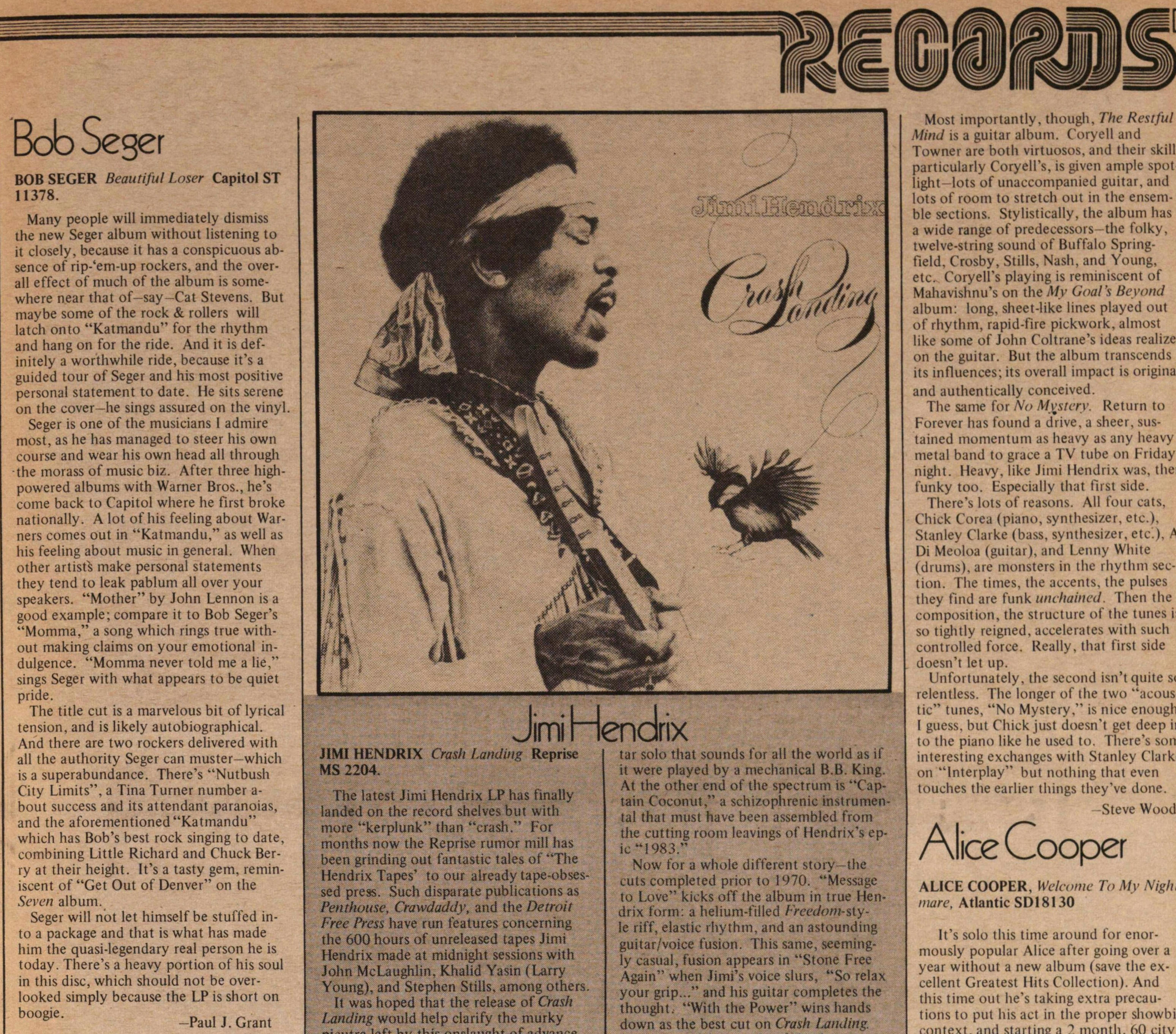 Many people will immediately dismiss the new Seger album without listening to it closely because it has a conspicuous absence of rip-'em-up rockers, and the overall effect of much of the album is somewhere near that of-say-Cat Stevens. But maybe some of the rock & rollers will latch onto "Katmandu" for the rhythm and hang on for the ride. And it is definitely a worthwhile ride because it's a guided tour of Seger and his most positive personal statement to date. He sits serene on the cover- he sings assured on the vinyl.

Seger is one of the musicians I admire most, as he has managed to steer his own course and wear his own head all through the morass of music biz. After three high powered albums with Warner Bros., he's come back to Capitol where he first broke nationally. A lot of his feeling about Warners comes out in "Katmandu," as well as his feeling about music in general. When other artists make personal statements they tend to leak pablum all over your speakers. "Mother" by John Lennon is a good example; compare it to Bob Seger's "Momma," a song which rings true without making claims on your emotional indulgence. "Momma never told me a lie," sings Seger with what appears to be quiet pride.

The title cut is a marvelous bit of lyrical tension, and is likely autobiographical. And there are two rockers delivered with all the authority Seger can muster- which is a superabundance. There's "Nutbush City Limits", a Tina Turner number about success and its attendant paranoias, and the aforementioned "Katmandu" which has Bob's best rock singing to date, combining Little Richard and Chuck Berry at their height. It's a tasty gem, reminiscent of "Get Out of Denver" on the Seven album.

Seger will not let himself be stuffed into a package and that is what has made him the quasi-legendary real person he is today. There's a heavy portion of his soul in this disc, which should not be overlooked simply because the LP is short on boogie. Paul J. Grant