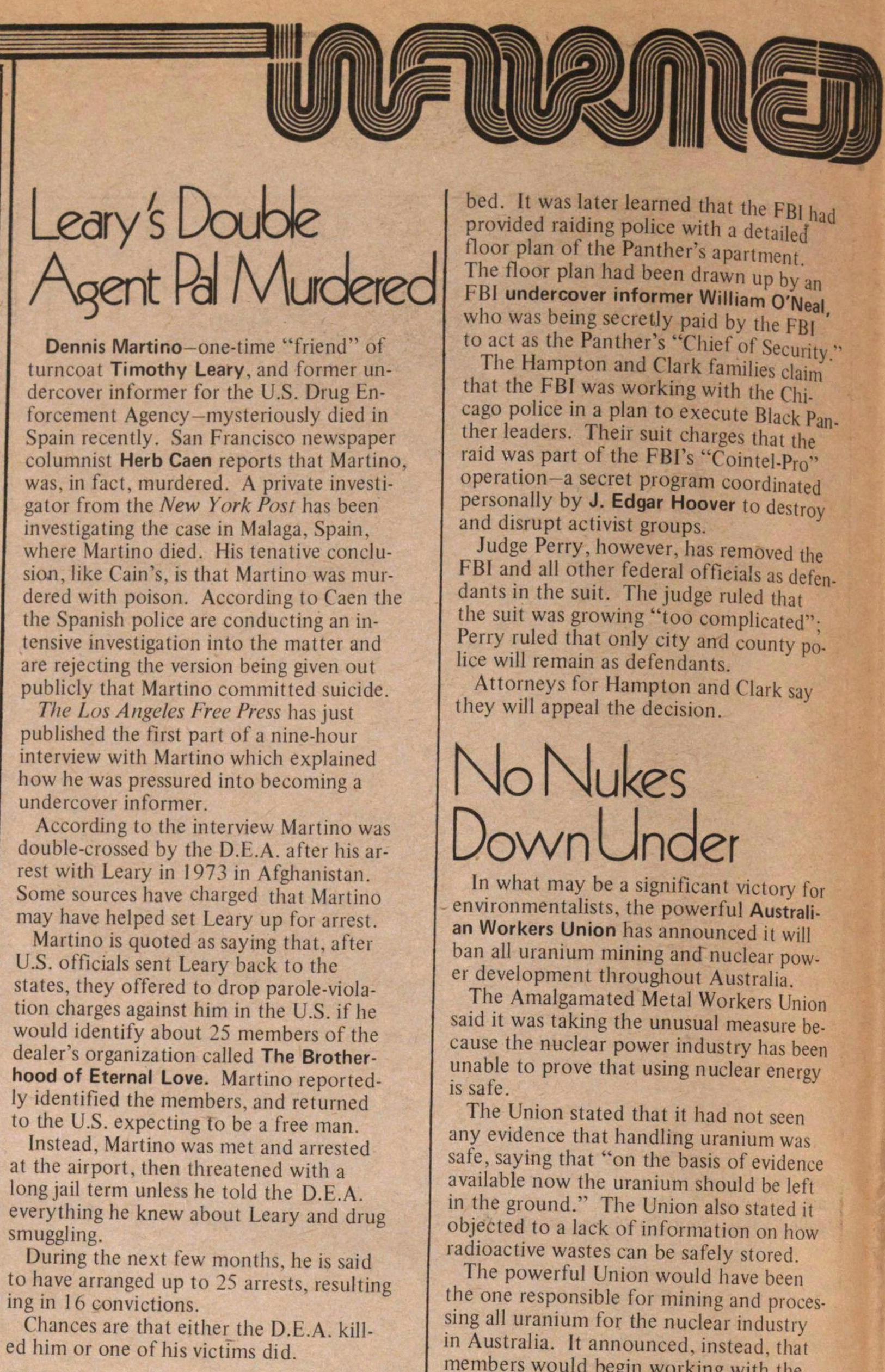 Dennis Martino--one-time "friend" of turncoat Timothy Leary, and former undercover informer for the U.S. Drug Enforcement Agency-mysteriously died in Spain recently. San Francisco newspaper columnist Herb Caen reports that Martirio, was, in fact, murdered. A private investigator from the New York Post has been investigating the case in Malaga, Spain, where Martino died. His tentative conclusion, like Cain's, is that Martino was murdered with poison. According to Caen the the Spanish police are conducting an intensive investigation into the matter and are rejecting tlie version being given out publicly that Martino committed suicide.

The Los Angeles Free Press has just published the first part of a nine-hour interview with Martino which explained how he was pressured into becoming an undercover informer.

According to the interview Martino was double-crossed by the D.E.A. after his arrest with Leary in 1973 in Afghanistan. Some sources have charged that Martino may have helped set Leary up for arrest.

Martino is quoted as saying that, after U.S. officials sent Leary back to the states, they offered to drop parole-violation charges against him in the U.S. if he would identify about 25 members of the dealer's organization called The Brotherhood of Eternal Love. Martino reportedly identified the members, and returned to the U.S. expecting fo be a free man.

Instead, Martino was met and arrested at the airport, then threatened with a long jai! term unless he told the D.E.A. everything he knew about Leary and drug smuggling.

During the next few months, he is said to have arranged up to 25 arrests, resulting ing in 16 convictions. Chances are that either the D.E.A. killed him or one of his victims did.