No Nukes Down Under 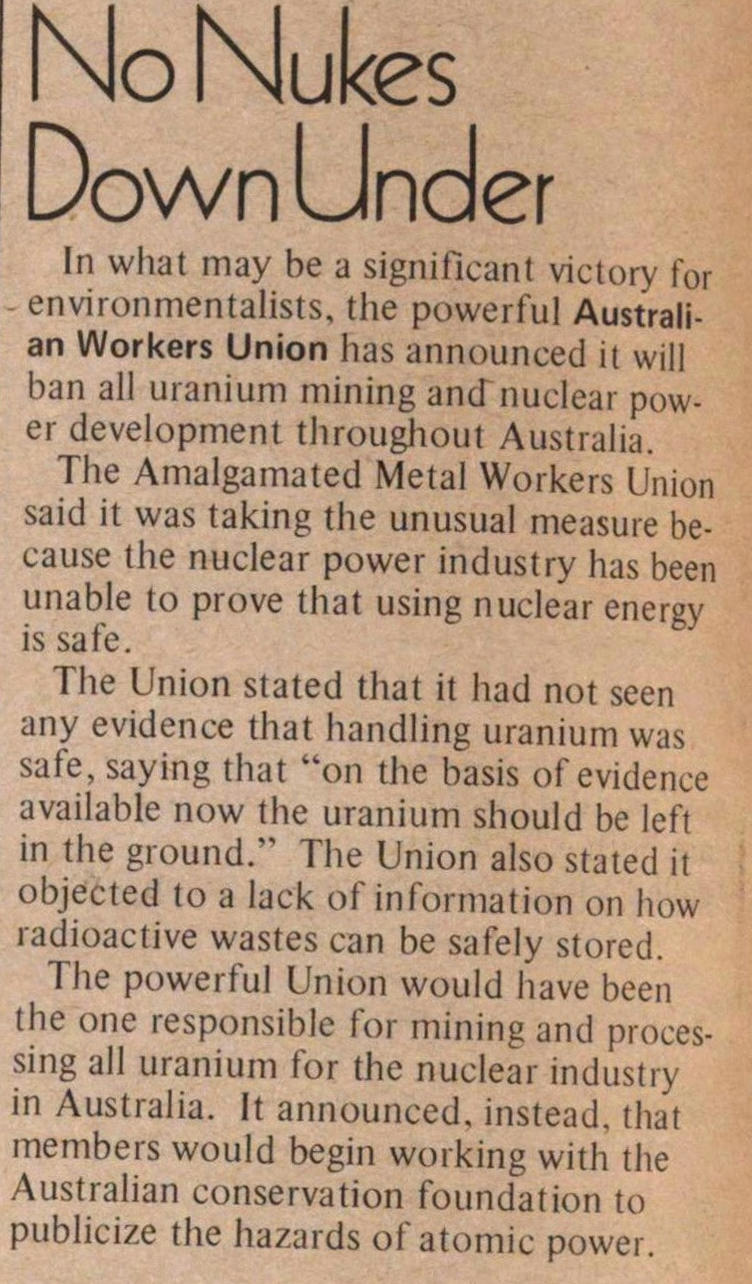 In what may be a significant victory for environmentalists, the powerful Australian Workers Union has announced it will ban all uranium mining and" nuclear power development through out Australia. The Amalgamated Metal Workers Union said it was taking the unusual measure because the nuclear power industry has been unable to prove that using nuclear energy is safe.

The Union stated that it had not seen any evidence that handling uranium was safe, saying that "on the basis of evidence available now the uranium should be left in the ground." The Union also stated it objected to a lack of information on how radioactive wastes can be safely stored.

The powerful Union would have been the one responsible for mining and processing all uranium tor the nuclear industry in Australia. It announced. instead. that members would begin working with the Australian conservation foundation to publicize the hazards of atomic power.