Only A Pawn In Their Game 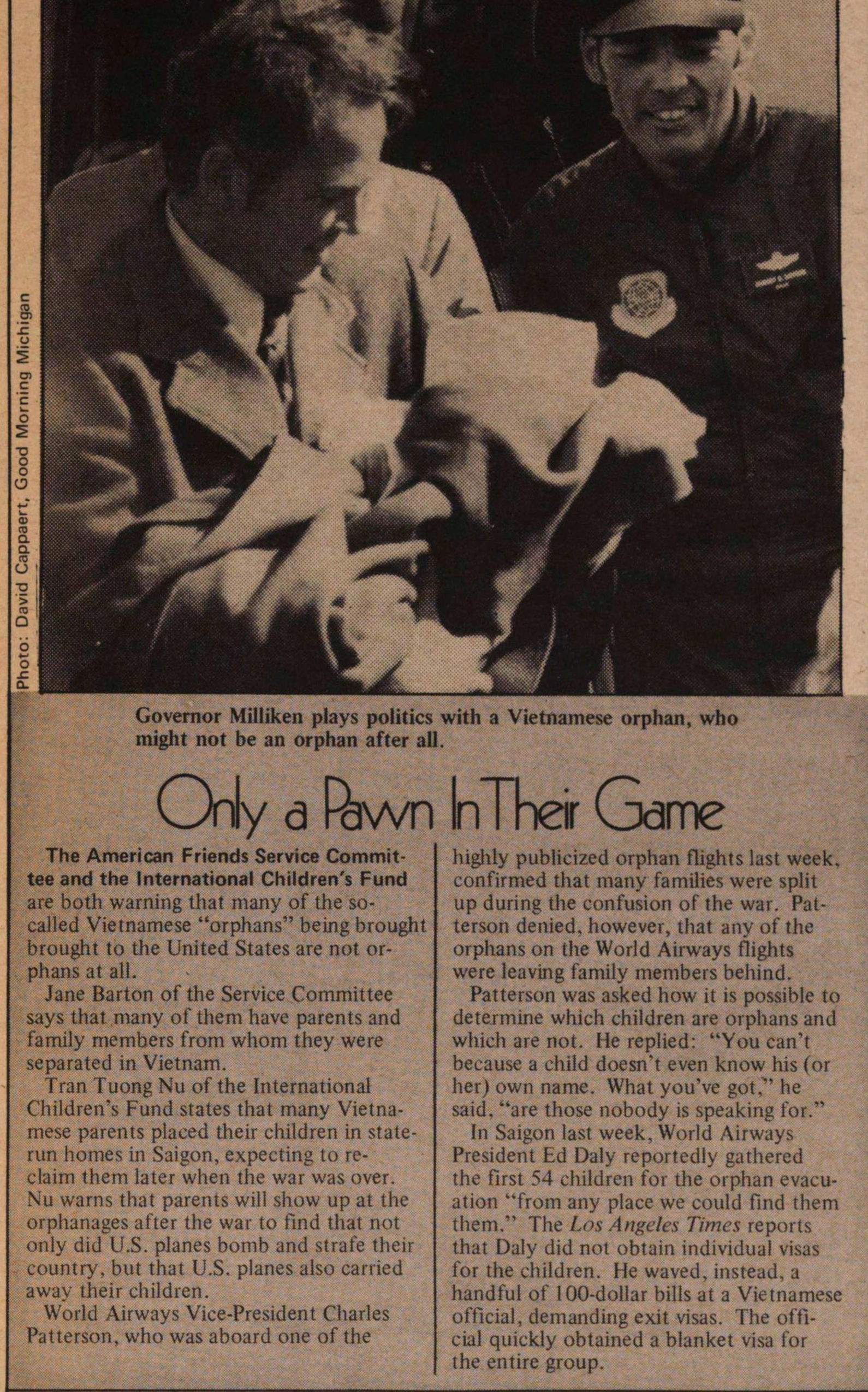 The American Friends Service Committee and the International Children's Fund are both warning that many of the so-called Vietnamese "orphans" being brought brought to the United States are not orphans at all.

Jane Barton of the Service Committee says that many of them have parents and family members from whom they were separated in Vietnam.

Tran Tuong Nu of the International Children's Fund states that many Vietnamese parents placed their children in state-run homes in Saigon, expecting to reclaim them later when the war was over. Nu warns that parents will show up at the orphanages after the war to find that not only did U.S. planes bomb and strafe their country, but that U.S. planes also carried away their children.

World Airways Vice-President Charles Patterson, who was aboard one of the highly publicized orphan flights last week. confirmed that many families were split up during the confusion of the war. Patterson denied. however, that any of the orphans on the World Airways flights were leaving family members behind.

Patterson was asked how it is possible to determine which children are orphans and which are not. He replied: "You can't because a child doesn't even know his (or her) own name. What you've got." he said, "are those nobody is speaking for."

In Saigon last week, World Airways President Ed Daly reportedly gathered the first 54 children for the orphan evacuation "from any place we could find them them." The Los Angeles limes reports that Daly did not obtain individual visas for the children. He waved, instead. a handful of 100-dollar bills at a Vietnamese official, demanding exit visas. The official quickly obtained a blanket visa for the entire group.