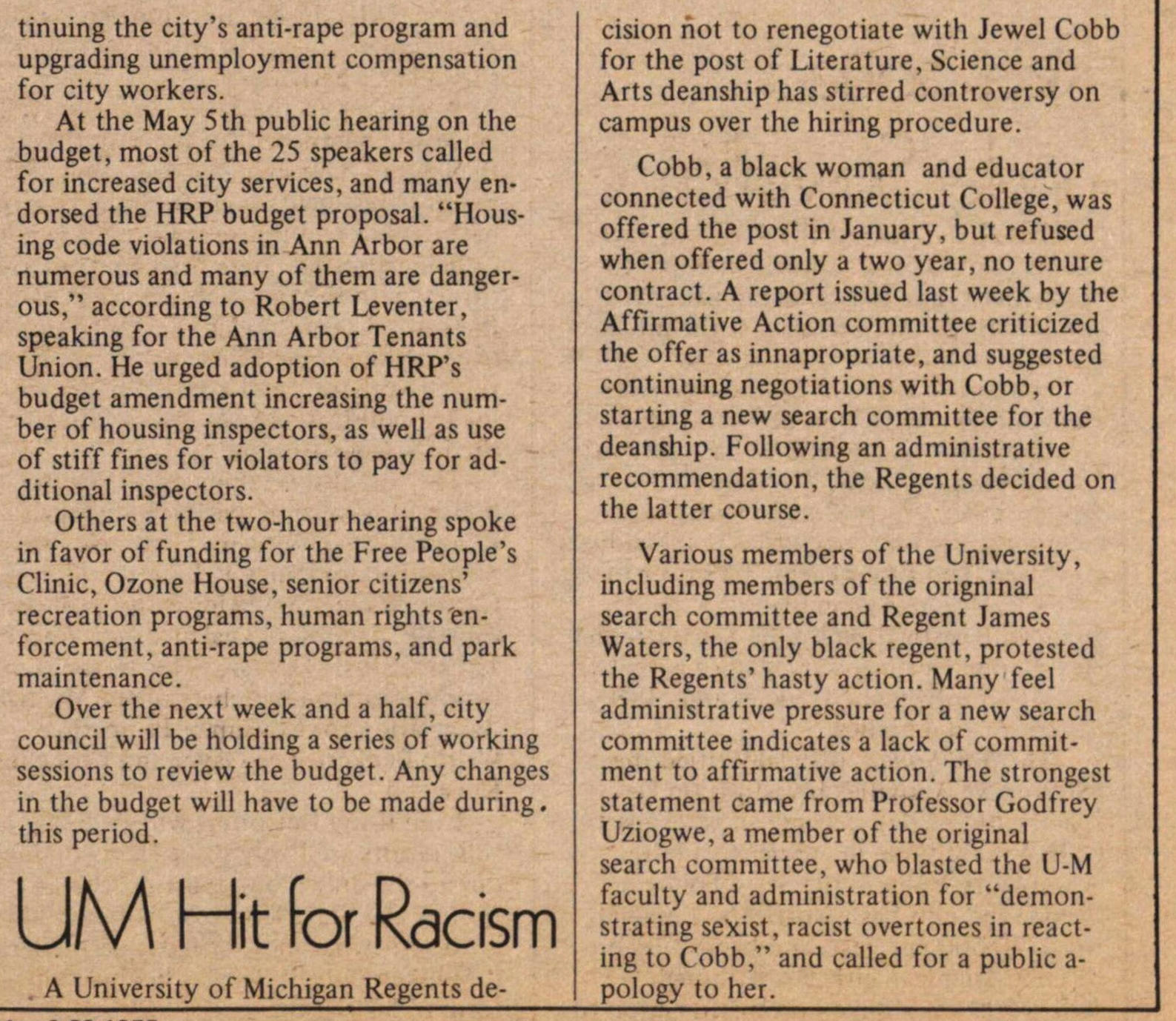 A University of Michigan Regents decision not to renegotiate with Jewel Cobb for the post of Literature, Science and Arts deanship has stirred controversy on campus over the hiring procedure.

Cobb, a black woman and educator connected with Connecticut College, was offered the post in January, but refused when offered only a two year, no tenure contract. A report issued last week by the Affirmative Action committee criticized the offer as innapropriate, and suggested continuing negotiations with Cobb, or starting a new search committee for the deanship. Following an administrative recommendation, the Regents decided on the latter course.

Various members of the University, including members of the origninal search committee and Regent James Waters, the only black regent, protested the Regents' hasty action. Many feel administrative pressure for a new search committee indicates a lack of commitment to affirmative action. The strongest statement came from Professor Godfrey Uziogwe, a member of the original search committee, who blasted the U-M faculty and administration for "demonstrating sexist, racist overtones in reacting to Cobb," and called for a public apology to her.