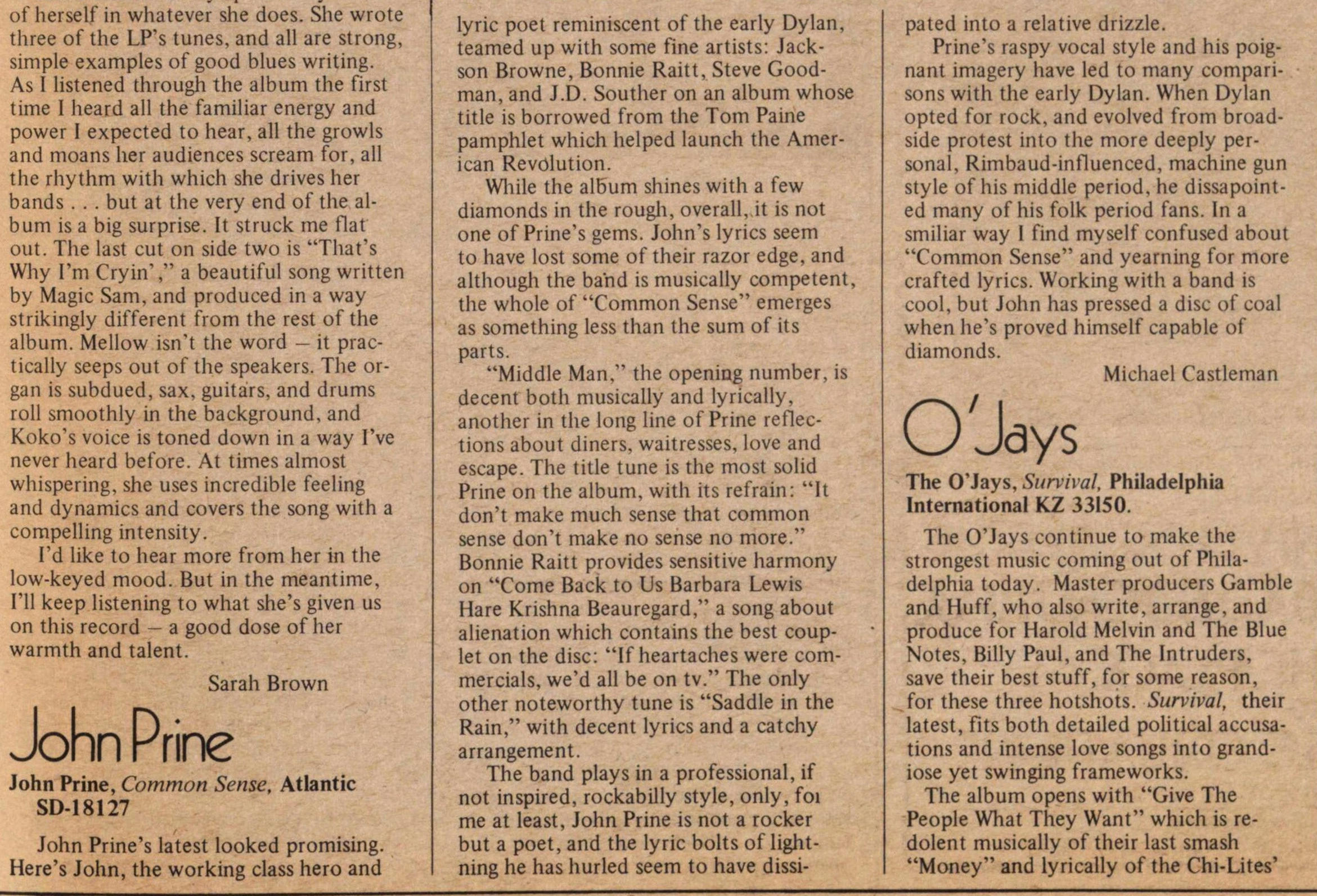 John Prine's latest looked promising. Here's John, the working class hero and lyric poet reminiscent of the early Dylan, teamed up with some fine artists: Jackson Browne, Bonnie Raitt, Steve Goodman, and J.D. Souther on an album whose title is borrowed from the Tom Paine pamphlet which helped launch the American Revolution.

While the album shines with a few diamonds in the rough, overall, it is not one of Prine's gems. John's lyrics seem to have lost some of their razor edge, and although the band is musically competent, the whole of "Common Sense" emerges as something less than the sum of its parts.

"Middle Man," the opening number, is decent both musically and lyrically, another in the long line of Prine reflections about diners, waitresses, love and escape. The title tune is the most solid Prine on the album, with its refrain: "It don't make much sense that common sense don't make no sense no more." Bonnie Raitt provides sensitive harmony on "Come Back to Us Barbara Lewis Hare Krishna Beauregard," a song about alienation which contains the best couplet on the disc: "If heartaches were commercials, we'd all be on tv." The only other noteworthy tune is "Saddle in the Rain," with decent lyrics and a catchy arrangement.

The band plays in a professional, if not inspired, rockabilly style, only, for me at least, John Prine is not a rocker but a poet, and the lyric bolts of lightning he has hurled seem to have dissipated into a relative drizzle.

Prine's raspy vocal style and his poignant imagery have led to many comparisons with the early Dylan. When Dylan opted for rock, and evolved from broadside protest into the more deeply personal, Rimbaud-influenced, machine gun style of his middle period, he disappointed many of his folk period fans. In a similar way I find myself confused about "Common Sense" and yearning for more crafted lyrics. Working with a band is cool, but John has pressed a disc of coal when he's proved himself capable of diamonds.