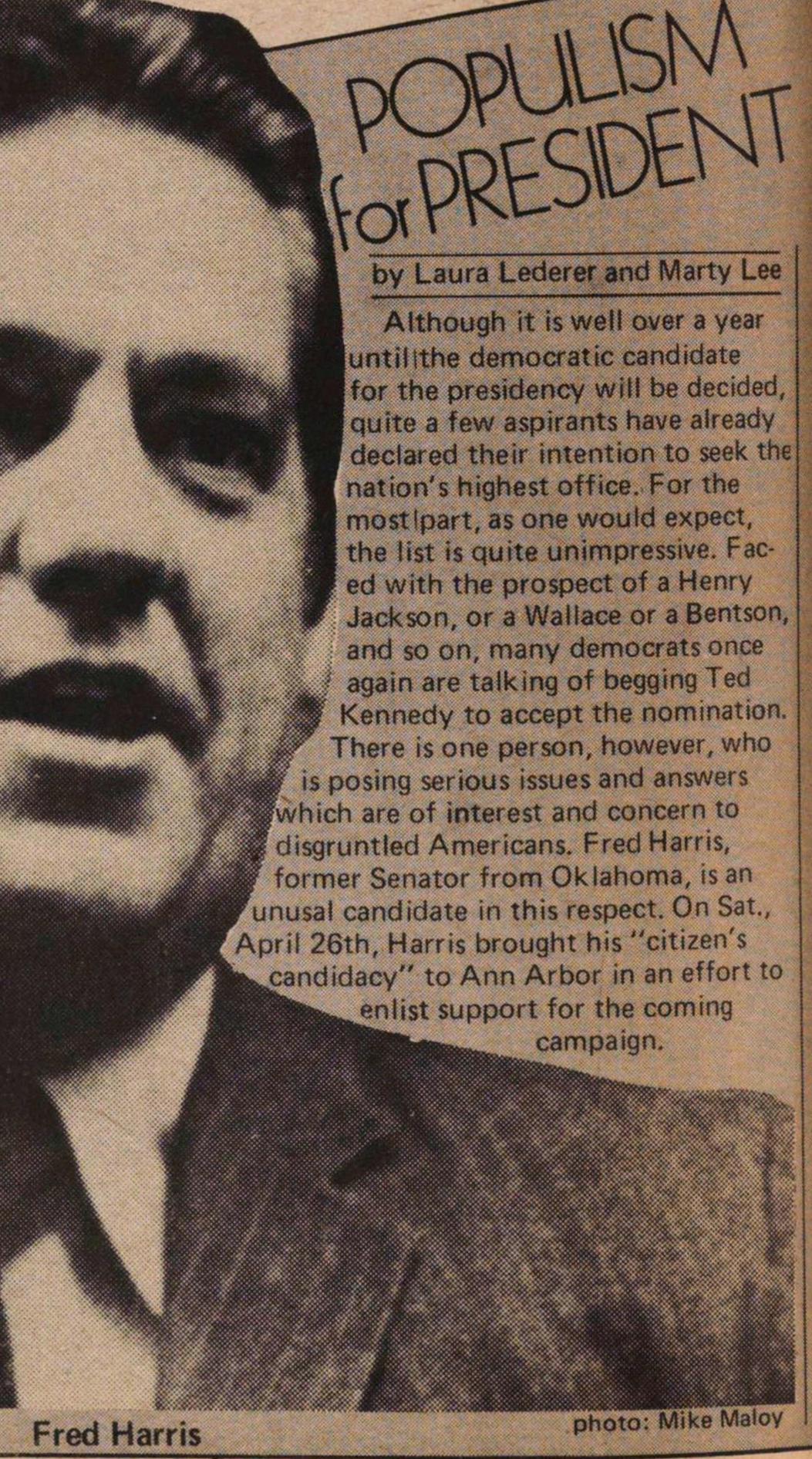 by Laura Lederer and Marty Lee

Although it is well over a year until the Democratic candidate for the Presidency will be decided, quite a few aspirants have already declared their intention to seek the nation's highest office. For the most part, as one would expect, the list is quite unimpressive. Faced with the prospect of a Henry Jackson, or a Wallace, or a Bentson, and so on, many Democrats once again are talking of begging Ted Kennedy to accept the nomination. There is one person, however, who is posing serious issues and answers which are of interest and concern to disgruntled Americans. Fred Harris, former Senator from Oklahoma, is an unusual candidate in this respect. On Sat., April 26th, Harris brought his "citizen's candidacy" to Ann Arbor in an effort to enlist support for the coming campaign.