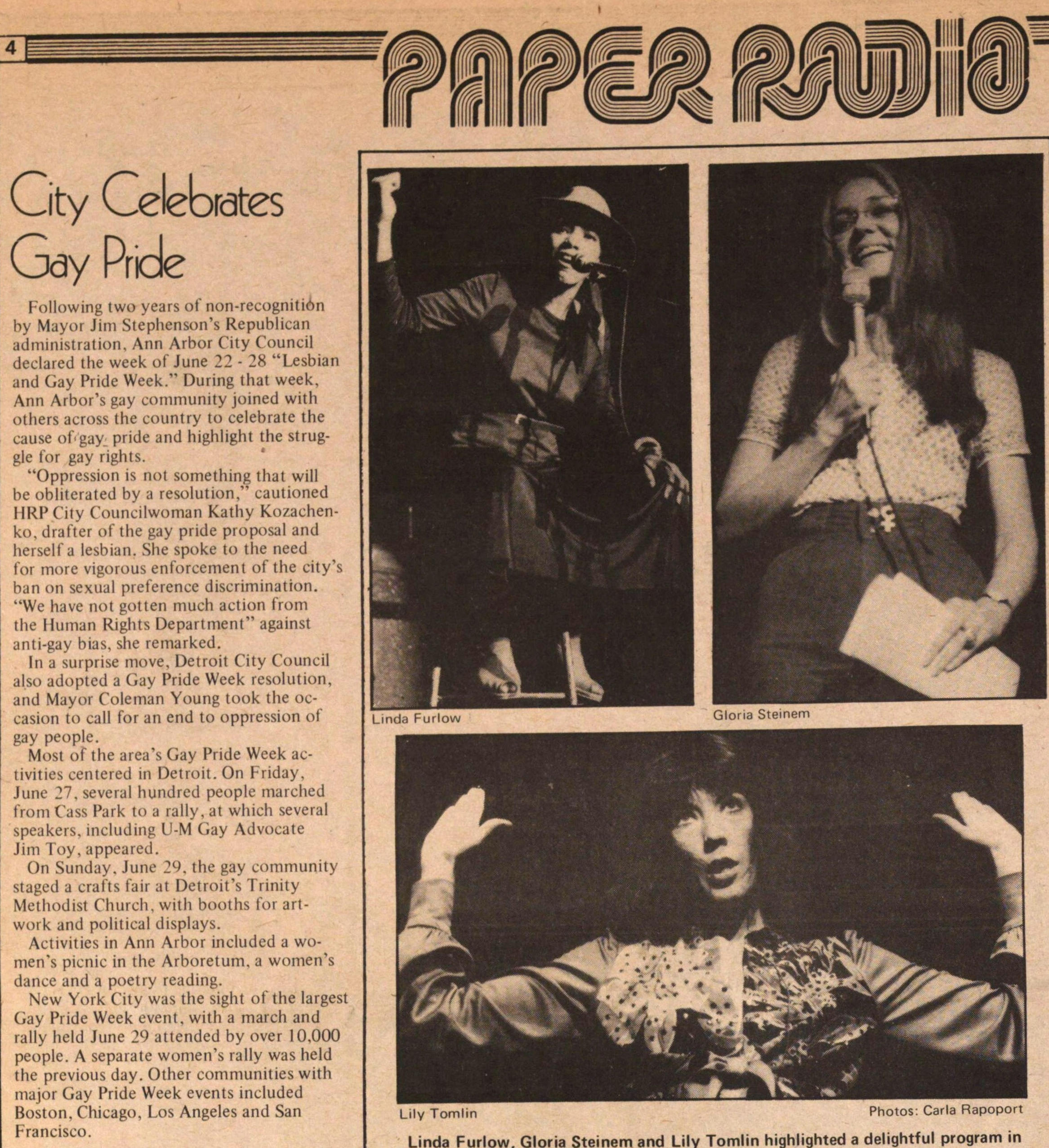 Following two years of non-recognition by Mayor Jim Stephenson's Republican administration, Ann Arbor City Council declared the week of June 22 - 28 "Lesbian and Gay Pride Week." During that week, Ann Arbor's gay community joined with others across the country to celebrate the cause of gay pride and highlight the struggle tor gay rights.

"Oppression is not something that will be obliterated by a resolution," cautioned HRP City Councilwoman Kathy Kozachenko, drafter of the gay pride proposal and herself a lesbian. She spoke to the need for more vigorous enforcement of the city's ban on sexual preferencc discrimination. "We have not gotten much action from the Human Rights Department" against anti-gay bias, she remarked.

In a surprise move, Detroit City Council also adopted a Gay Pride Week resolution, and Mayor Coleman Young took the occasion to call for an end to oppression of gay people.

Most of the area's Gay Pride Week aclivities centered in Detroit. On Friday, June 27, several hundred people marched from Cass Park to a rally, at which several speakers, including U-M Gay Advocate Jim Toy, appeared.

On Sunday. June 29, the gay community staged a crafts fair at Detroit's Trinity Methodist Church, with booths for artwork and political displays.

Activities in Ann Arbor included a women's picnic in the Arboretum, a women's dance and a poetry reading.

New York City was the sight of the largest Gay Pride Week event, with a march and rally held June 29 attended by over 10,000 people. A separate women's rally was held the previous day. Other communities with major Gay Pride Week events included Boston. Chicago, Los Angeles and San Francisco.