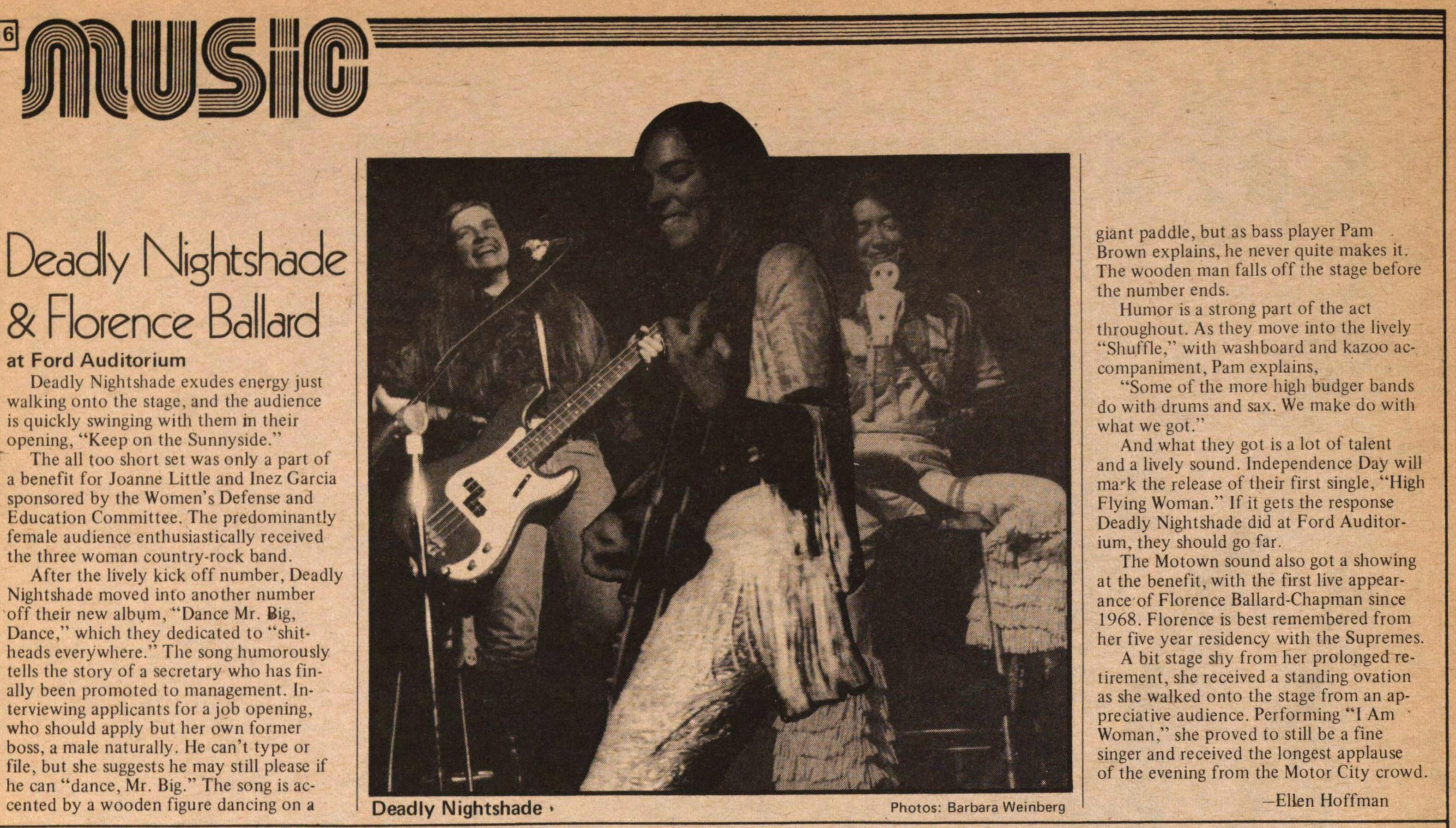 Deadly Nightshade exudes energy just walking onto the stage, and the audience is quickly swinging with them in their opening, "Keep on the Sunnyside."

The all too short set was only a part of a benefit for Joanne Little and Inez Garcia sponsored by the Women's Defense and Education Committee. The predominantly female audience enthusiastically received the three woman country-rock band.

After the lively kick off number, Deadly Nightshade moved into another number off their new album, "Dance Mr. Big, Dance," which they dedicated to "shitheads everywhere." The song humorously tells the story of a secretary who has finally been promoted to management. Interviewing applicants for a job opening, who should apply, but her own former boss, a male naturally. He can't type or file, but she suggests he may still please if he can "dance, Mr. Big." The song is accented by a wooden figure dancing on a giant paddle, but as bass player Pam Brown explains, he never quite makes it. The wooden man falls off the stage before the number ends.

Humor is a strong part of the act throughout. As they move into the lively "Shuffle." with washboard and kazoo accompaniment, Pam explains, "Some of the more high budget bands do with drums and sax. We make do with what we got."

And what they got is a lot of talent and a lively sound. Independence Day will mark the release of their first single, "High Flying Woman." If it gets the response Deadly Nightshade did at Ford Auditorium, they should go far.

The Motown sound also got a showing at the benefit, with the first live appearance of Florence Ballard-Chapman since 1968. Florence is best remembered from her five year residency with the Supremes.

A bit stage shy from her prolonged retirement, she received a standing ovation as she walked onto the stage from an appreciative audience. Performing "I Am Woman," she proved to still be a fine singer and received the longest applause of the evening from the Motor City crowd.