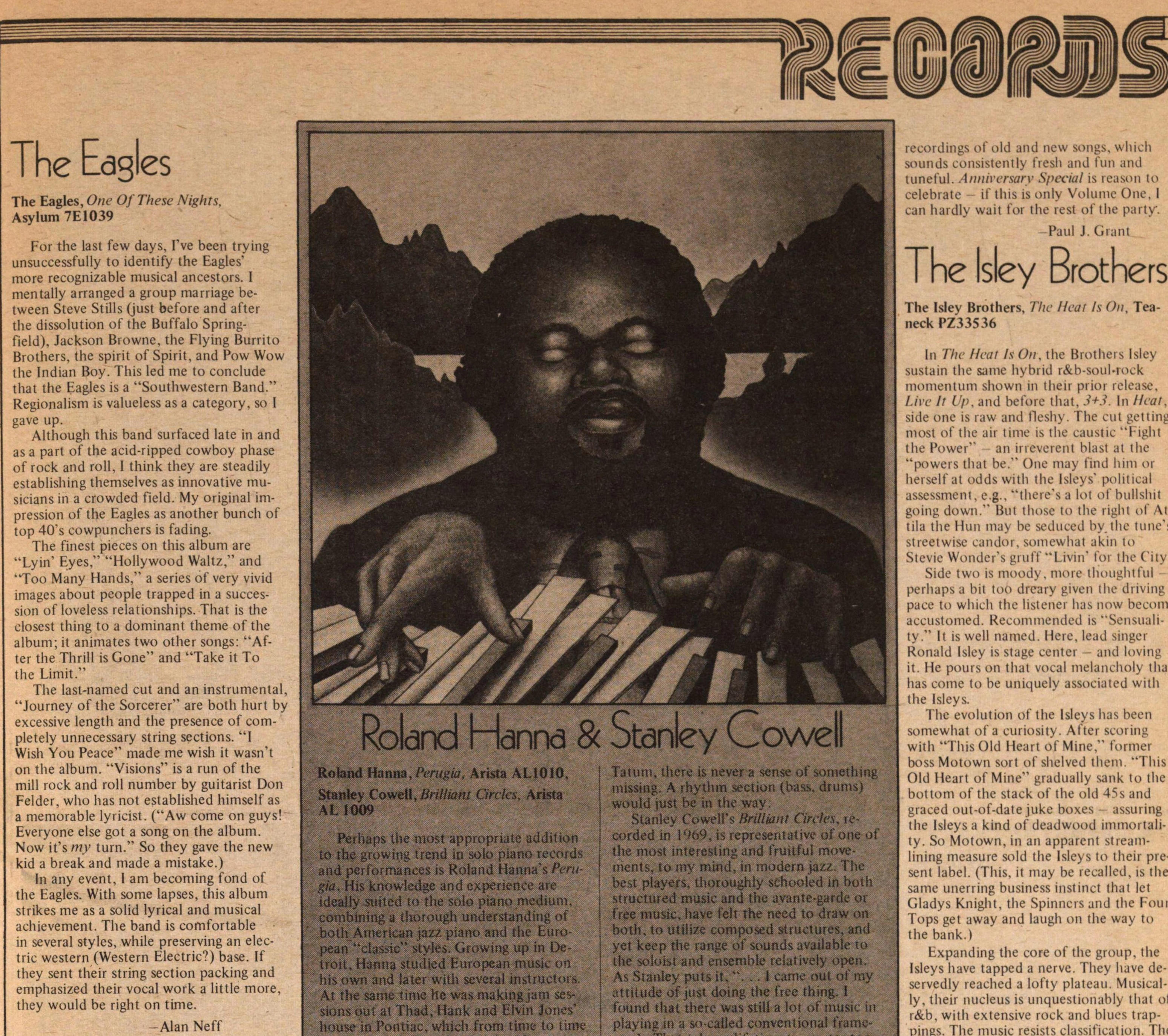 For the last few days, I've been trying unsuccessfully to identify the Eagles' more recognizable musical ancestors. I mentally arranged a group marriage between Steve Stills (just before and after the dissolution of the Buffalo Springfield), Jackson Browne, the Flying Burrito Brothers, the spirit of Spirit, and Pow Wow the Indian Boy. This led me to conclude that the Eagles is a "Southwestern Band." Regionalism is valueless as a category, so I gave up.

Although this band surfaced late in and as a part of the acid-ripped cowboy phase of rock and roll, I think they are steadily establishing themselves as innovative musicians in a crowded field. My original impression of the Eagles as another bunch of top 40's cowpunchers is fading. The finest pieces on this album are "Lyin' Eyes," "Hollywood Waltz," and 'Too Many Hands," a series of very vivid images about people trapped in a succession of loveless relationships. That is the closest thing to a dominant theme of the album; it animates two other songs: "After the Thrill is Gone" and "Take it To the Limit."

The last-named cut and an instrumental, "Journey of the Sorcerer" are both hurt by excessive length and the presence of completely unnecessary string sections. "I Wish You Peace" made me wish it wasn't on the album. "Visions" is a run of the mill rock and roll number by guitarist Don Felder, who has not established himself as a memorable lyricist. ("Aw come on guys! Everyone else got a song on the album. Now it's my turn." So they gave the new kid a break and made a mistake.)

In any event, I am becoming fond of the Eagles. With some lapses, this album strikes me as a solid lyrical and musical achievement. The band is comfortable in several styles, while preserving an electric western (Western Electric?) base. If they sent their string section packing and emphasized their vocal work a little more, they would be right on time.