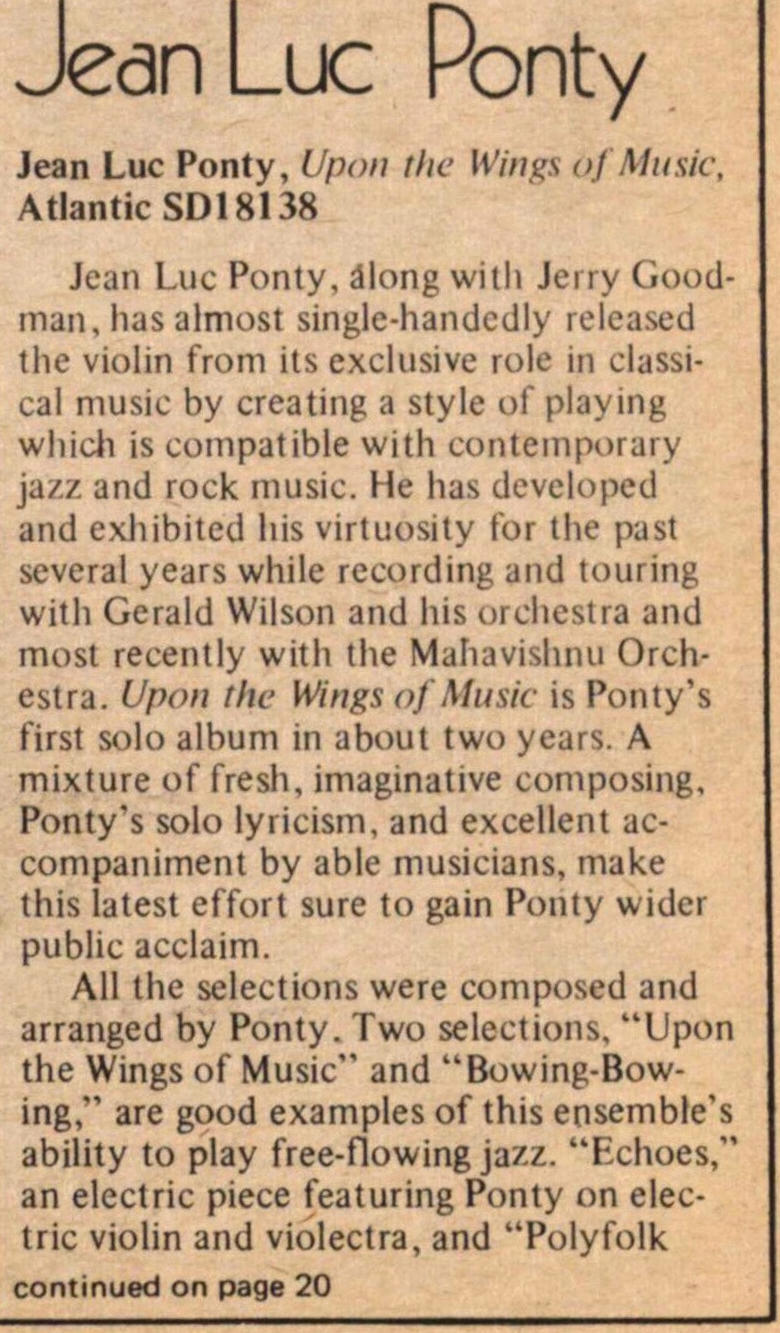 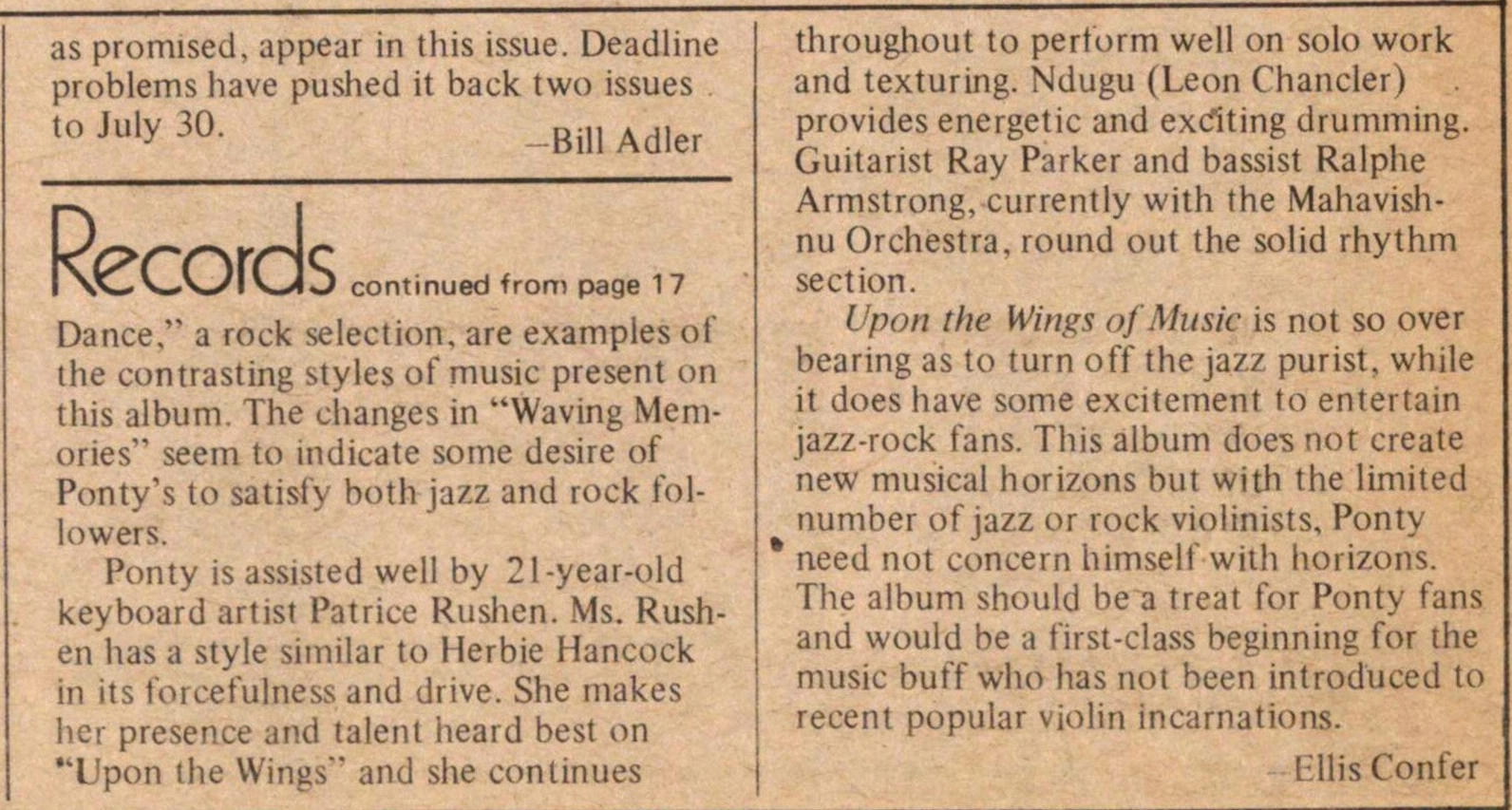 Jean Luc Ponty, Upon the Wings of Music, Atlantic SDI 8138

Jean Luc Ponty, along with Jerry Goodman, has almost single-handedly released the violin from its exclusive role in classical music by creating a style of playing which is compatible with contemporary jazz and rock music. He has developed and exhibited his virtuosity for the past several years while recording and touring with Gerald Wilson and his orchestra and most recently with the Mahavishnu Orchestra. Upon the Wings of Music is Ponty's first solo album in about two years. A mixture of fresh, imaginative composing, Ponty's solo lyricism, and excellent accompaniment by able musicians, make this latest effort sure to gain Ponty wider public acclaim.

All the selections were composed and arranged by Ponty. Two selections, "Upon the Wings of Music" and "Bowing-Bowing," are good examples of this ensemble's ability to play free-flowing jazz. "Echoes," an electric piece featuring Ponty on electric violin and violectra, and "Polyfolk Dance", a rock selection, are examples of "the contrasting styles of music present on this album. The changes in "Waving Memories" seem to indicate some desire of Ponty's to satisfy both jazz and rock followers.

Ponty is assisted well by 21-year-old keyboard artist Patrice Rushen. Ms. Rushen has a style similar to Herbie Hancock in its forcefulness and drive. She makes her presence and talent heard best on "Upon the Wings" and she continues throughout to perform well on solo work and texturing. Ndugu (Leon Chancler) provides energetic and exciting drumming. Guitarist Ray Parker and bassist Ralphe Armstrong, currently with the Mahavishnu Orchestra, round out the solid rhythm section.

Upon the Wings of Music is not so over-bearing as to turn off the jazz purist, while it does have some excitement to entertain jazz-rock fans. This album does not create new musical horizons, but with the limited number of jazz or rock violinists, Ponty need not concern himself with horizons. The album should be a treat for Ponty fans and would be a first-class beginning for the music buff who has not been introduced to recent popular violin incarnations.