Theatre: "feiffer In The Flesh" 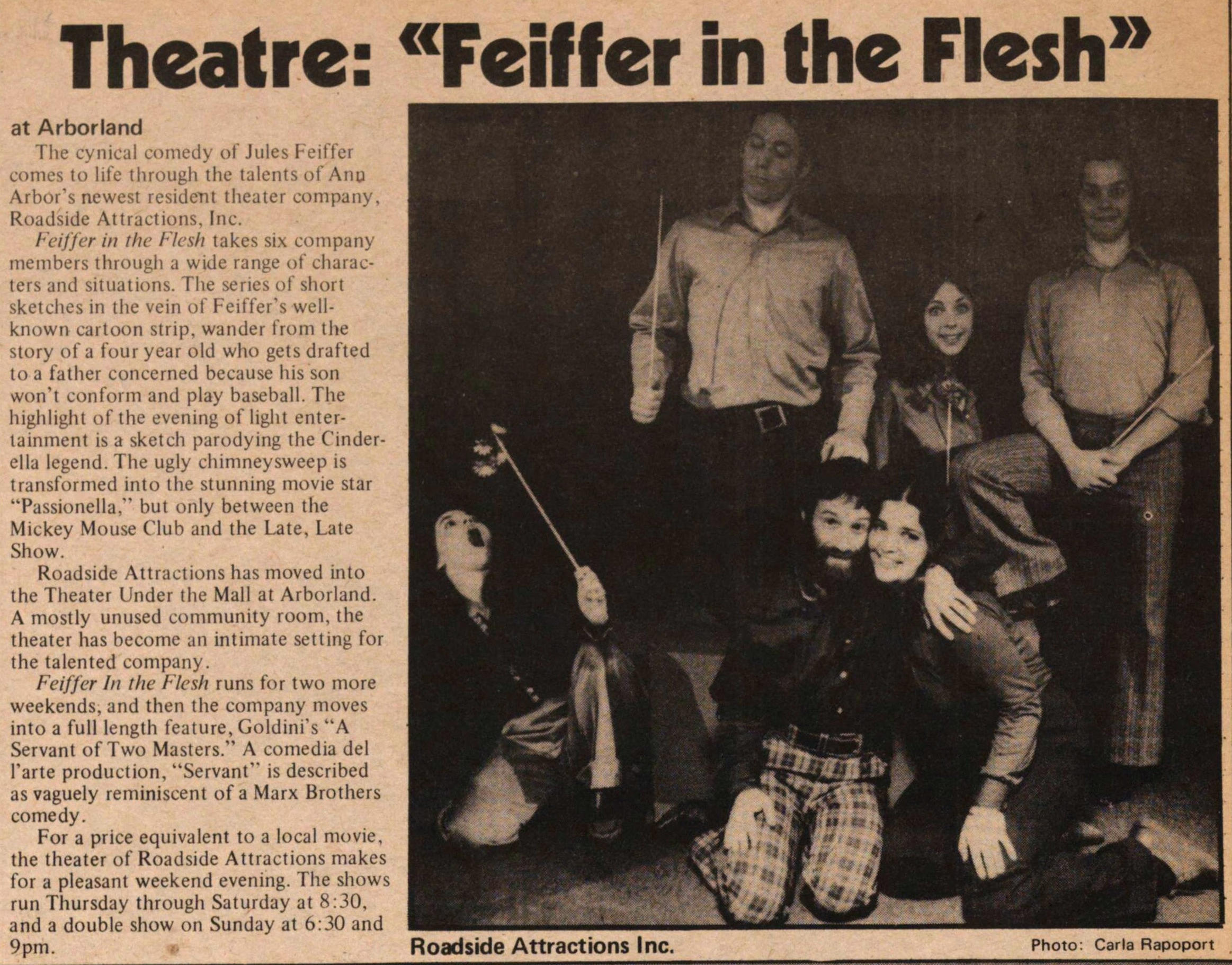 Theatre: "Feiffer in the Flesh"

Feiffer in the Flesh takes six company members through a wide range of characters and situations. The series of short sketches in the vein of Feiffer's well-known cartoon strip, wander from the story of a four year old who gets drafted to a father concerned because his son won't conform and play baseball. The highlight of the evening of light entertainment is a sketch parodying the Cinderella legend. The ugly chimneysweep is transformed into the stunning movie star "Passionella," but only between the Mickey Mouse Club and the Late, Late Show.

Roadside Attractions has moved into the Theater Under the Mali at Arborland. A mostly unused community room, the theater has become an intimate setting for the talented company.

Feiffer In the Flesh runs for two more weekends, and then the company moves into a full length feature, Goldini's "A Servant of Two Masters." A comedia del l'arte production, "Servant'" is described as vaguely reminiscent of a Marx Brothers comedy.

For a price equivalent to a local movie, the theater of Roadside Attractions makes for a pleasant weekend evening. The shows run Thursday through Saturday at 8:30, and a double show on Sunday at 6:30 and 9pm.