Books For The Bicentennial 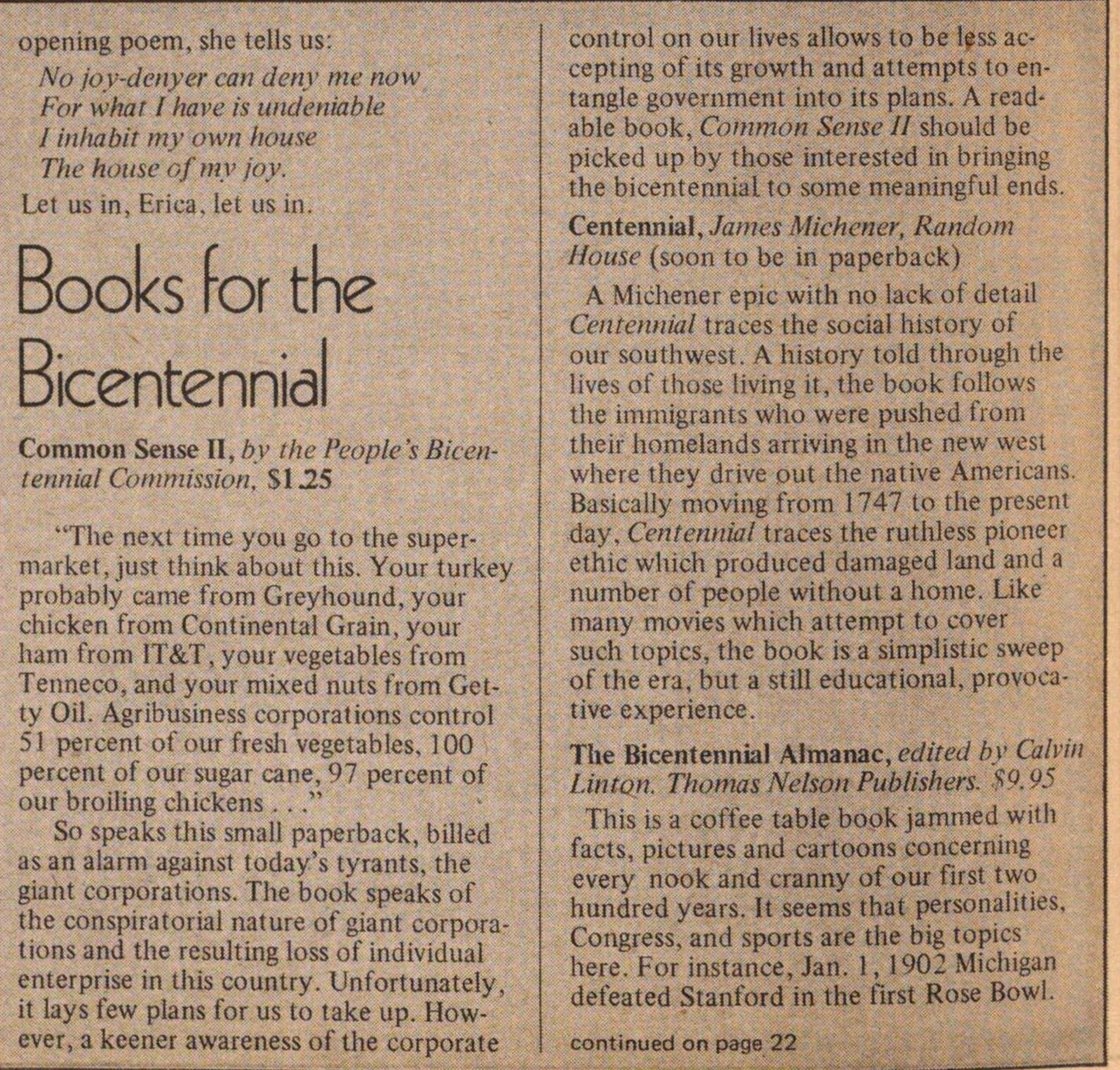 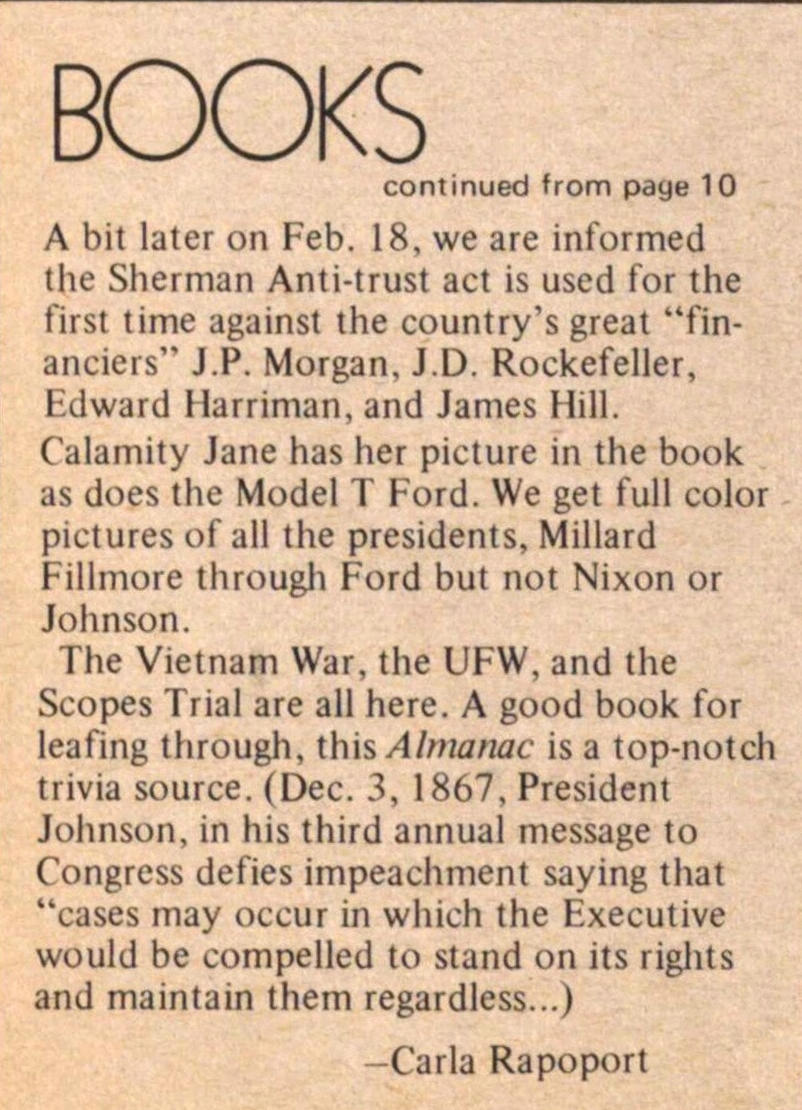 "The next time you go to the supermarket, just think about this. Your turkey probably came from Greyhound, your chicken from Continental Grain, your ham from IT&T, your vegetables from Tenneco, and your mixed nuts from Getty Oil. Agribusiness corporations control 51 percent of our fresh vegetables, 100 percent of our sugar cane, 97 percent of our broiling chickens..."

So speaks this small paperback, billed as an alarm against today's tyrants, the giant corporations. The book speaks of the conspiratorial nature of giant corporations and the resulting loss of individual enterprise in this country. Unfortunately, it lays few plans for us to take up. However, a keener awareness of the corporate control on our lives allows to be less accepting of its growth and attempts to entangle government into its plans. A readable book, Common Sense II should be picked up by those interested in bringing the bicentennial to some meaningful ends.

Centennial, James Michener, Random House (soon to be in paperback)

A Michener epic with no lack of detail Centennial traces the social history of our southwest. A history told through the lives of those living it, the book follows the immigrants who were pushed from their homelands arriving in the new west where they drive out the Native Americans. Basically moving from 1747 to the present day, Centennial traces the ruthless pioneer ethic which produced damaged land and a number of people without a home. Like many movies which attempt to cover such topics, the book is a simplistic sweep of the era, but a still educational, provocative experience.

This is a coffee table book jammed with facts, pictures and cartoons concerning every nook and cranny of our first two hundred years. It seems that personalities, Congress, and sports are the big topics here. For instance, Jan. 1, 1902 Michigan defeated Stanford in the first Rose Bowl.

A bit later on Feb. 18, we are informed the Sherman Anti-trust act is used for the first time against the country's great "financiers" J.P. Morgan, J.D. Rockefeller, Edward Harriman, and James Hill. Calamity Jane has her picture in the book as does the Model T Ford. We get full color pictures of all the presidents, Millard Fillmore through Ford but not Nixon or Johnson.

The Vietnam War, the UFW, and the Scopes Trial are all here. A good book for leafing through, this Almanac is a top-notch trivia source. (Dec. 3, 1867, President Johnson, in his third annual message to Congress defies impeachment saying that "cases may occur in which the Executive would be compelled to stand on its rights and maintain them regardless...)