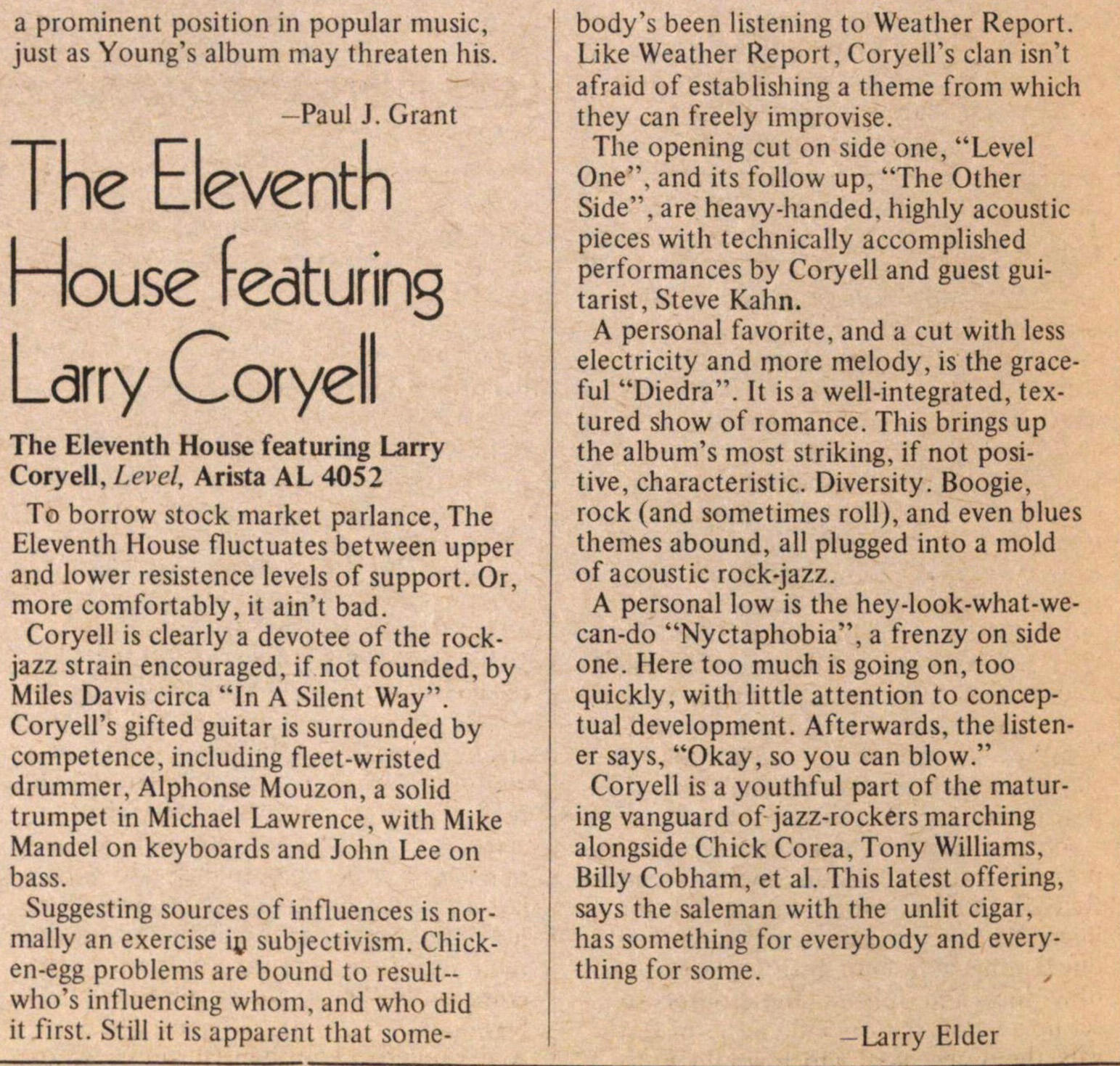 To borrow stock market parlance, The Eleventh House fluctuates between upper and lower resistance levels of support. Or, more comfortably, it ain't bad.

Coryell is clearly a devotee of the rock-jazz strain encouraged, if not founded, by Miles Davis circa "In A Silent Way". Coryell's gifted guitar is surrounded by competence, including fleet-wristed drummer, Alphonse Mouzon, a solid trumpet in Michael Lawrence, with Mike Mandel on keyboards and John Lee on bass.

Suggesting sources of influences is normally an exercise in subjectivism. Chicken-egg problems are bound to result-who's influencing whom, and who did it first. Still it is apparent that somebody's been listening to Weather Report. Like Weather Report, Coryell's clan isn't afraid of establishing a theme from which they can freely improvise.

The opening cut on side one, "Level One", and its follow up, "The Other Side", are heavy-handed, highly acoustic pieces with technically accomplished performances by Coryell and guest guitarist, Steve Kahn.

A personal favorite, and a cut with less electricity and more melody, is the graceful "Diedra". It is a well-integrated, textured show of romance. This brings up the album's most striking, if not positive, characteristic. Diversity. Boogie, rock (and sometimes roll), and even blues themes abound, all plugged into a mold of acoustic rock-jazz.

A personal low is the hey-look-what-we-can-do "Nyctaphobia", a frenzy on side one. Here too much is going on, too quickly, with little attention to conceptual development. Afterwards, the listener says, "Okay, so you can blow."

Coryell is a youthful part of the maturing vanguard of jazz-rockers marching alongside Chick Corea, Tony Williams. Billy Cobham, et al. This latest offering, says the salesman with the unlit cigar, has something for everybody and everything for some.