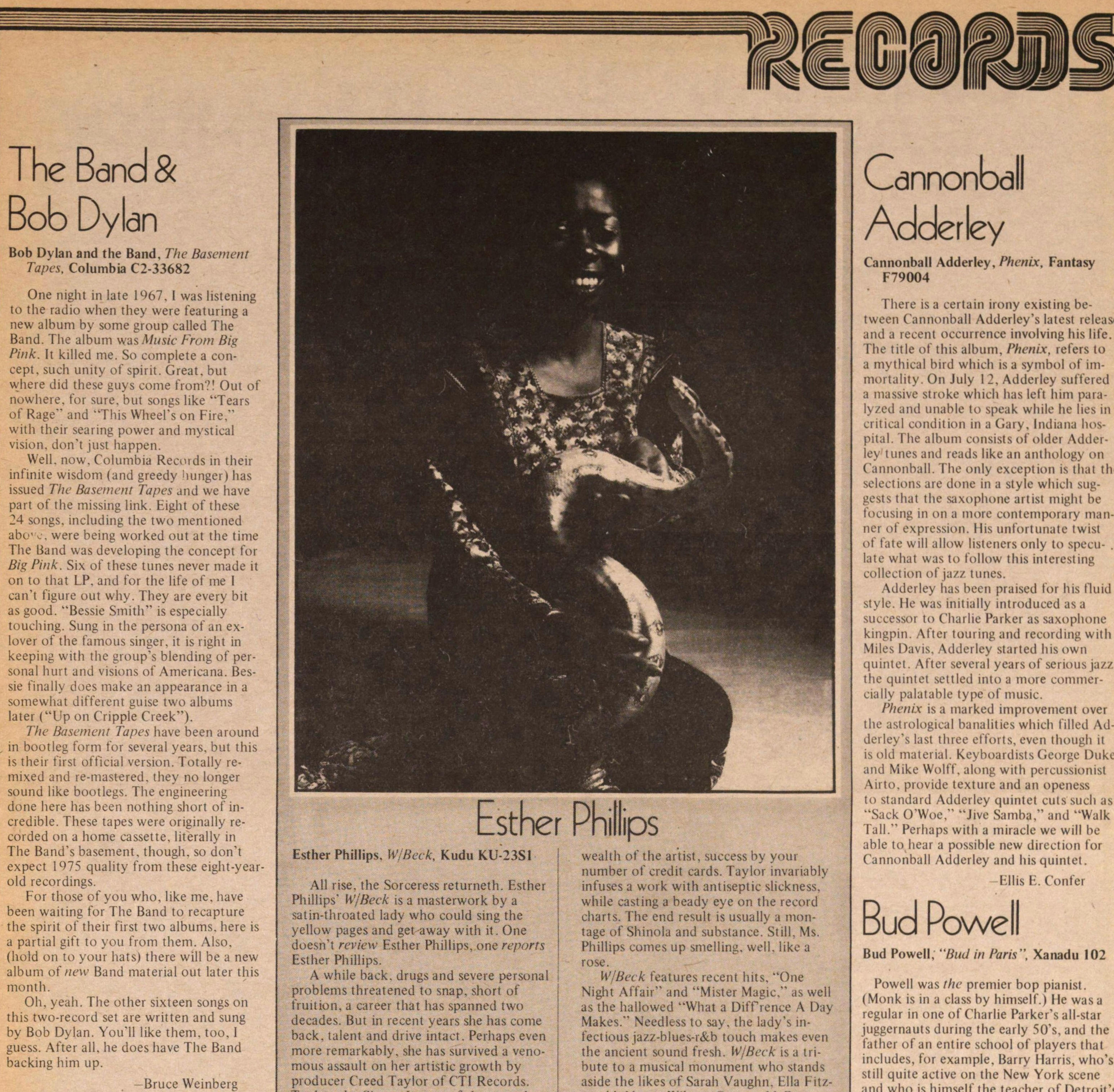 Bob Dylan and the Band, The Basement Tapes, Columba C2-33682 One night in late 1%7. I was listening to the radio when they were featuring a new album by some group called The Band. The album was Afuste From Big Pink. It killed me. So complete a concept, such unity of spirit. Great. but where did these guys come from?! Out of nowhere, tbr sure. but songs like "Tears of Rage" and ""This Wheel's on Fire," with their searing power and mystical visión, don't just happen. Well. now. Columbia Records in their infinite wisdom (and greedy Iwnger) has issued The Basement Tapes and we have part of the missing link. Eight of these 24 songs, including the two mentioned abo' -', were being worked out at the time The Band was developing the concept fot Big Pink. Six of these tunes never made it on to that LP. and for the life of me I can't figure out why. They are every bit as good. "Bessie Smith" is especially touching. Sung in the persona of an exlover of the famous singer. it is right in keeping with the group's blending of personal hurt and visions of Americana. Bessie finally does make an appearance in a somewhat different guise two albums later ("Up on Cripple Creek"). The Basement Tapes have been around . in bootleg form for several years, but this is their first official versión. Totally remixed and re-mastered. they no longer sound like bootlegs. The engineering done here has been nothing short of incredible. These tapes were originally recorded on a home cassette, literally in The Band's basement, though. so don't expect lc)75 quality from these eight-yearold recordings. For those of you who, like me. have been waiting for The Band to recapture the spirit of their first two albums, here is a partía! gift to you from them. Also, (hold on to your hats) there will be a new album of new Band material out later this month. Oh. yeah. The other sixteen songs on this two-record set are written and sung by Bob Dylan. You'll like them. too. I guoss. After all. he does have The Band backing him up.