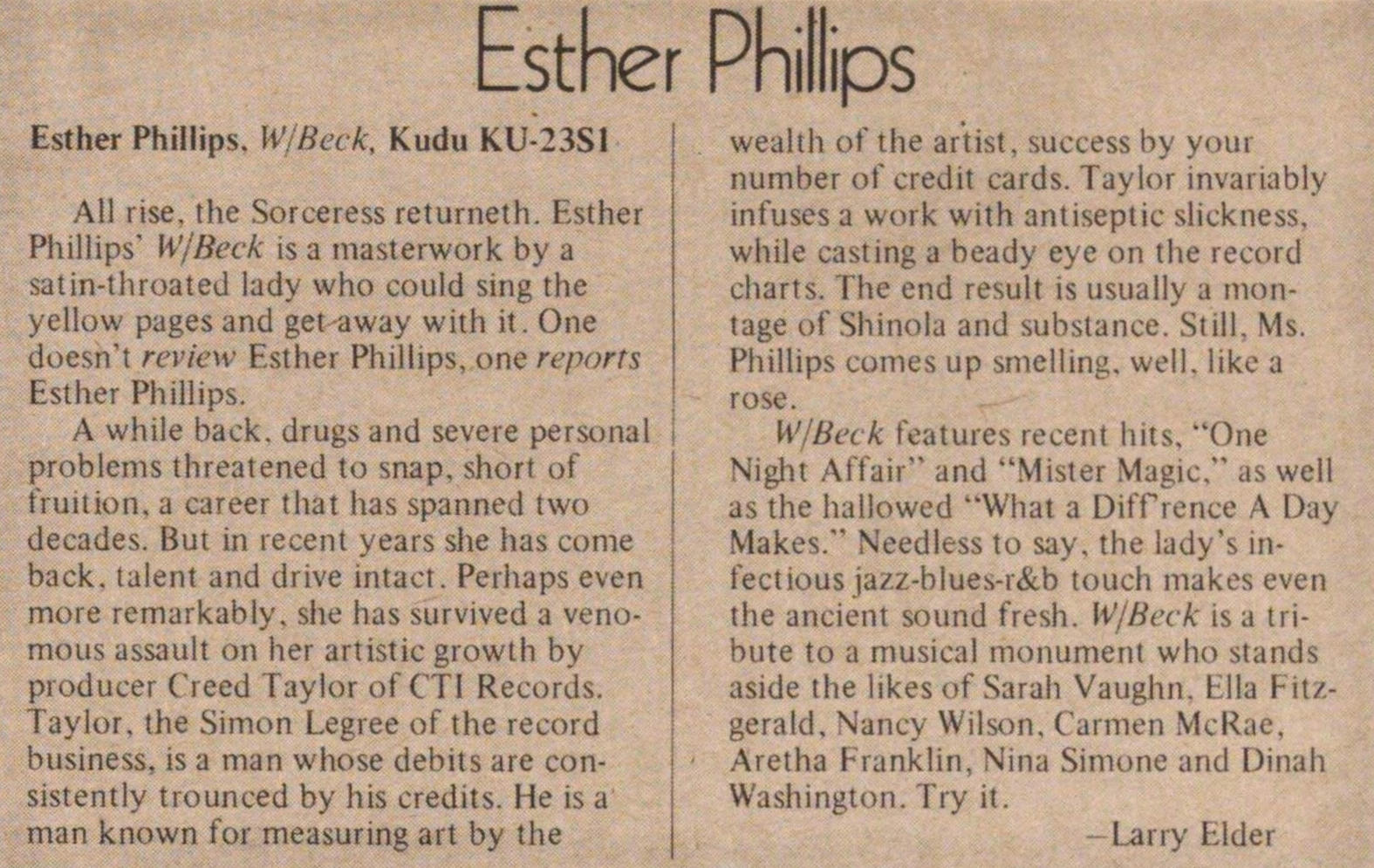 A while back. drugs and severe personal problems threatened to snap, short of fruition. a career that has spanned two decades. But in recent years she has come back. talent and drive intact. Perhaps even more remarkably. she has survived a venomous assault on her artistic growth by producer Creed Taylor of CTI Records. Taylor, the Simon Legree of the record business, is a man whose debits are consistently trounced by his credits. He is a man known for measuring art by the wealth of the artist, success by your number of credit cards. Taylor invariably infuses a work with antiseptic slickness. while casting a beady eye on the record charts. The end result is usually a montage of Shinola and substance. Still, Ms. Phillips comes up smelting, well, like a rose.

W/Beck features recent hits. "One Night Affair" and "Mister Magic." as well as the hallowed "What a Difference A Day Makes." Needless to say, the lady's infectious jazz-blues-r&b touch makes even the ancient sound fresh. W/Beck is a tribute to a musical monument who stands aside the likes of Sarah Vaughn, Ella Fitzgerald. Nancy Wilson. Carmen McRae, Aretha Franklin, Nina Simone and Dinah Washington. Try it.