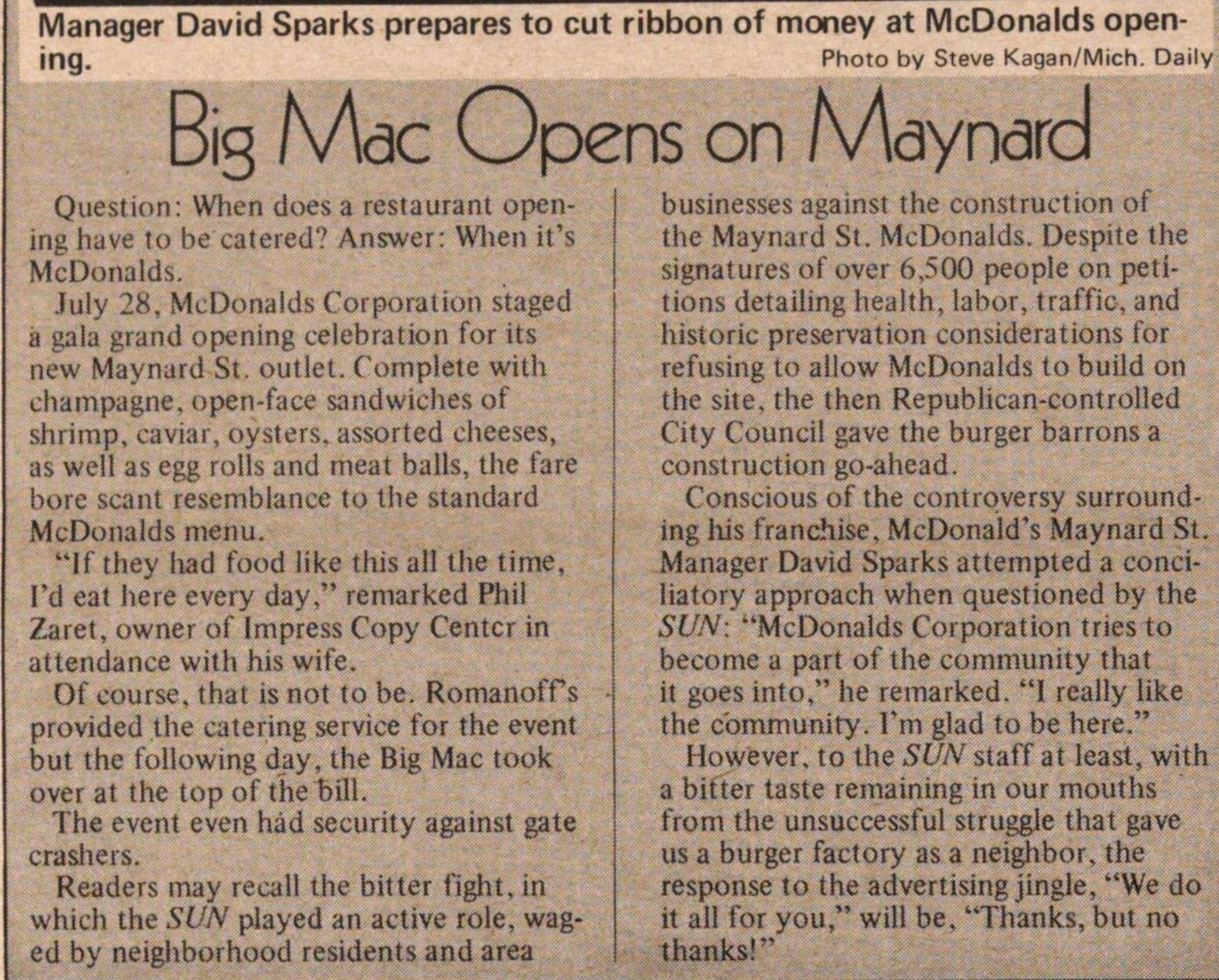 Question: When does a restaurant opening have to be catered? Answer: Wlien it's McDonalds. July 28, McDonalds Corporation staged a gala grand opening celebration for its new Maynard St. outlet. Complete with champagne, open-face sandwiches of shrimp, caviar, oysters, assorted eheeses, as well as egg rolls and meat balls, the fare bore scant resemblance to the standard McDonalds menu. "ir they liad food like this all the time, I'd eat here every day," remarked Phil Zaret, owner of Impress Copy Center in attendance with his wife. Of course, that is not to be. Romanoffs provided the catering service for the event but the foilowing day, the Big Mac took over at the top of the Ml. The event even hád security against gate crashers. Readers may recall the bitter fight, in which the SUN played an active role, waged by neighborhood residents and area businesses against the construct ion oí the Maynard St. McDonalds. Despite the signatures of over 6,500 people on petitions detailing health, labor, traffic, and historie preservation considerations for refusing to ailow McDonalds to build on the site, the then Republican-controlled City Council gave the burger barrons a construction go-ahead. Conscious of the contrpversy surrounding liis franchise, McDonald's Maynard St. Manager David Sparks attempted a conciliatory approach when questioned by the SUN: "McDonalds Corporation tries to become a part of the community that it goes into," he remarked. "I really iike the communify. Vm glad to be here." However, to the SUN staff at least, with a bitter taste remaining in our mouths from the unsuccessful struggle that gave us a burger factory as a neighbor, the response to the advertising jingle, "We do it all for you," will be, "Thanks, but no thanksP'