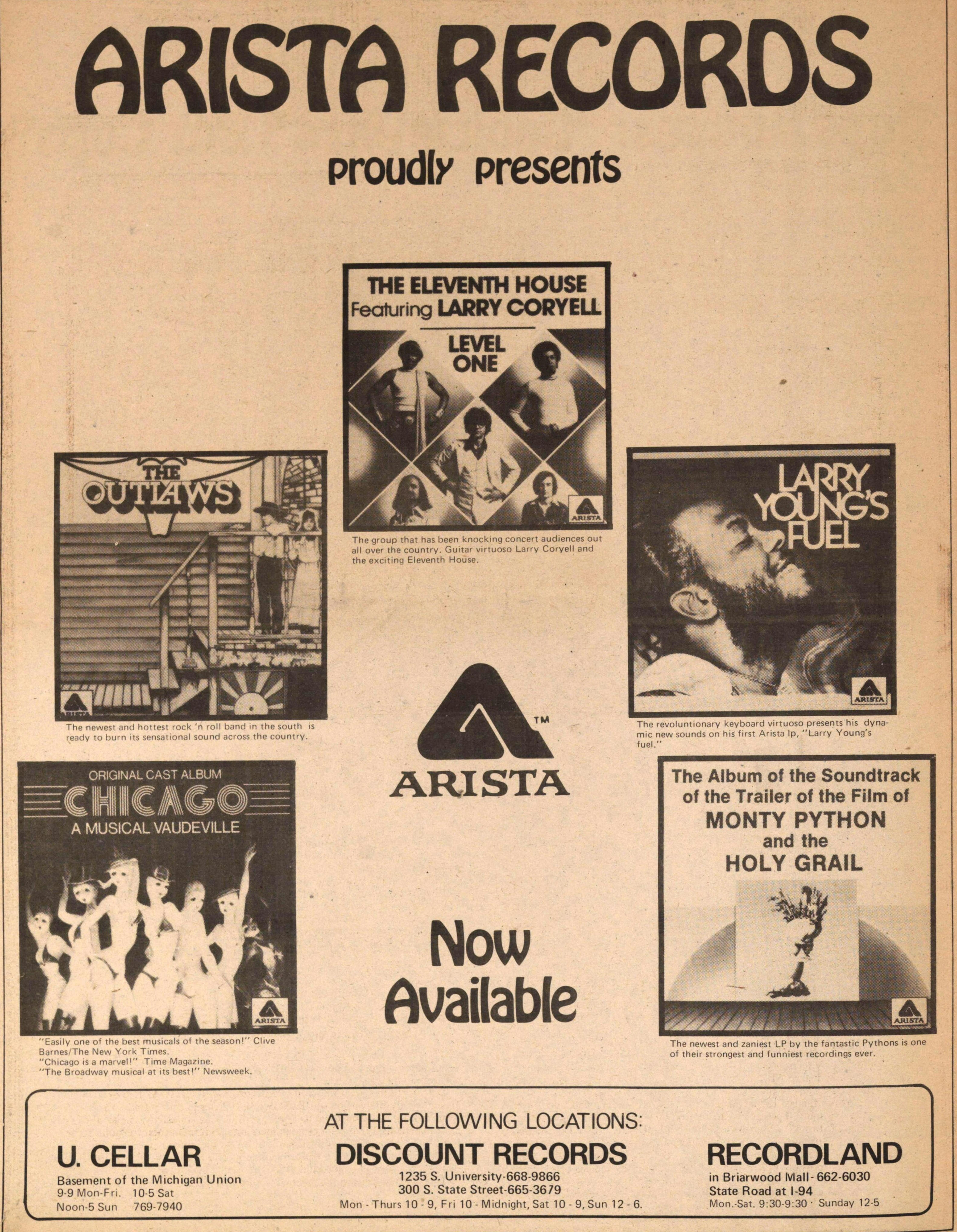 The group that has been knocking concert audiences out all over the country. Guitar virtuoso Larry Coryell and the exciting Eleventh House.

The newest and hottest rock'n roll band in the south is ready to burn its sensational sound across the country.

The newest and zaniest LP by the fantastic Pythons is one of the strongest and funniest recordings ever.

"Easily one of the best musicals of the season!"

"Chicago is a marvel!" Time Magazine.

"The Broadway musical at its best!" Newsweek.

AT THE FOLLOWING LOCATIONS:

Basement of the Michigan Union