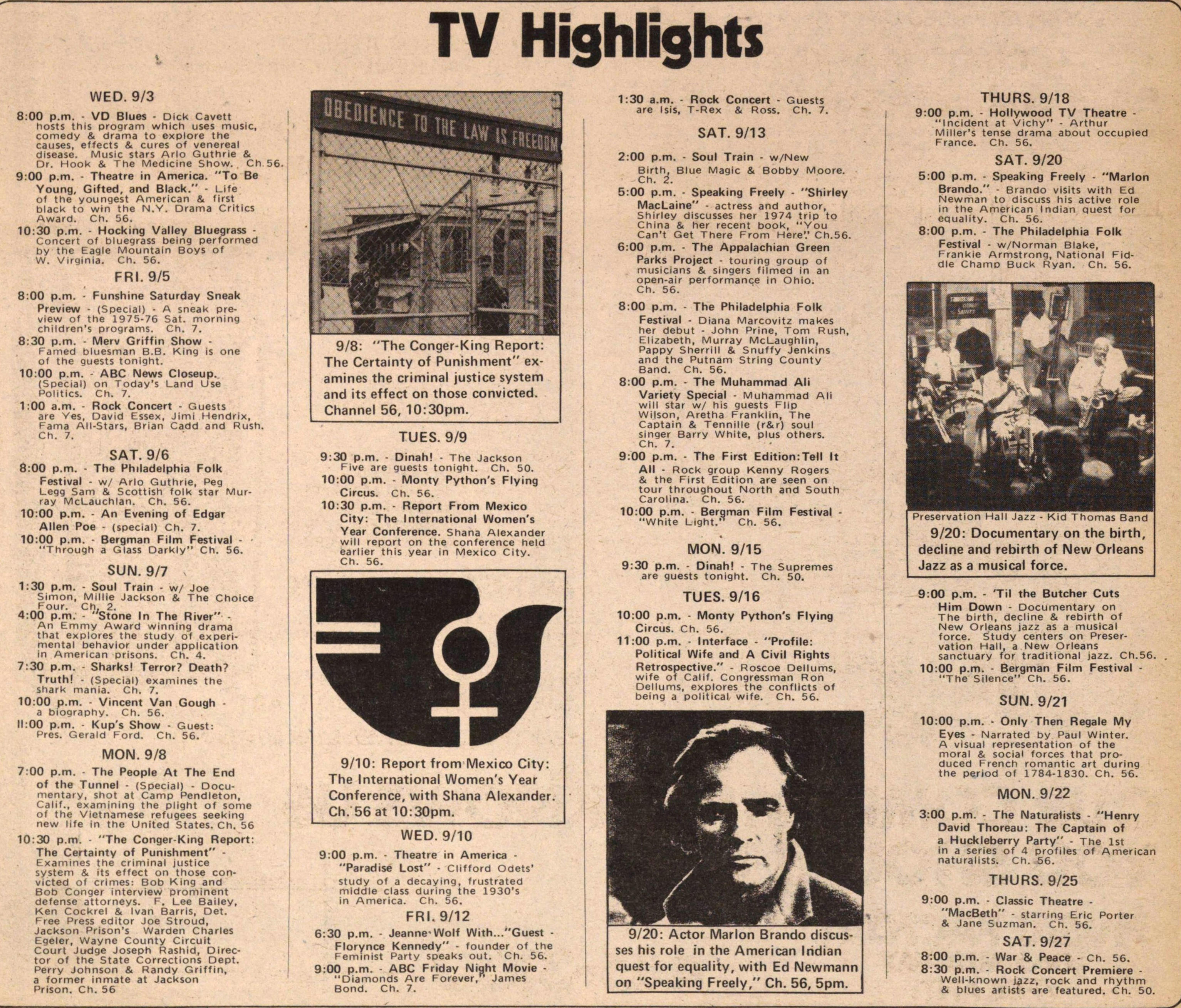 4:00 p.m. ''Stone in the River" - An Emmy Award winning drama that explores the study of experimental behavior under application in American prisons. Ch. 4.

7:00 p.m. - The People at the End of the Tunnel (Special) - Documentary, shot at Camp Pendleton, Calif., examining the plight of some of the Vietnamese refugees seeking new life in the United States. Ch. 56

9/8: "The Conger-King Report: The Certainty of Punishment"  examines the criminal justice system and its effect on those convicted. Channel 56, 10:30pm.

9:00 p.m. - The First Edition: Tell It All - Rock group Kenny Rogers & the First Edition are seen on tour throughout North and South Carolina. Ch. 56.

9/20: Documentary on the birth, decline and rebirth of New Orleans jazz as a musical force.

9:00 p.m. - 'Til the Butcher Cuts Him Down - Documentary on The birth, decline & rebirth of New Orleans jazz as a musical force. Study centers on Preservation Hall, a New Orleans sanctuary for traditional jazz. Ch. 56.

3:00 p.m. The Naturalists - "Henry David Thoreau: The Captain of a Huckleberry Party" - The 1st in a series of 4 profiles of American naturalists. Ch. 56.