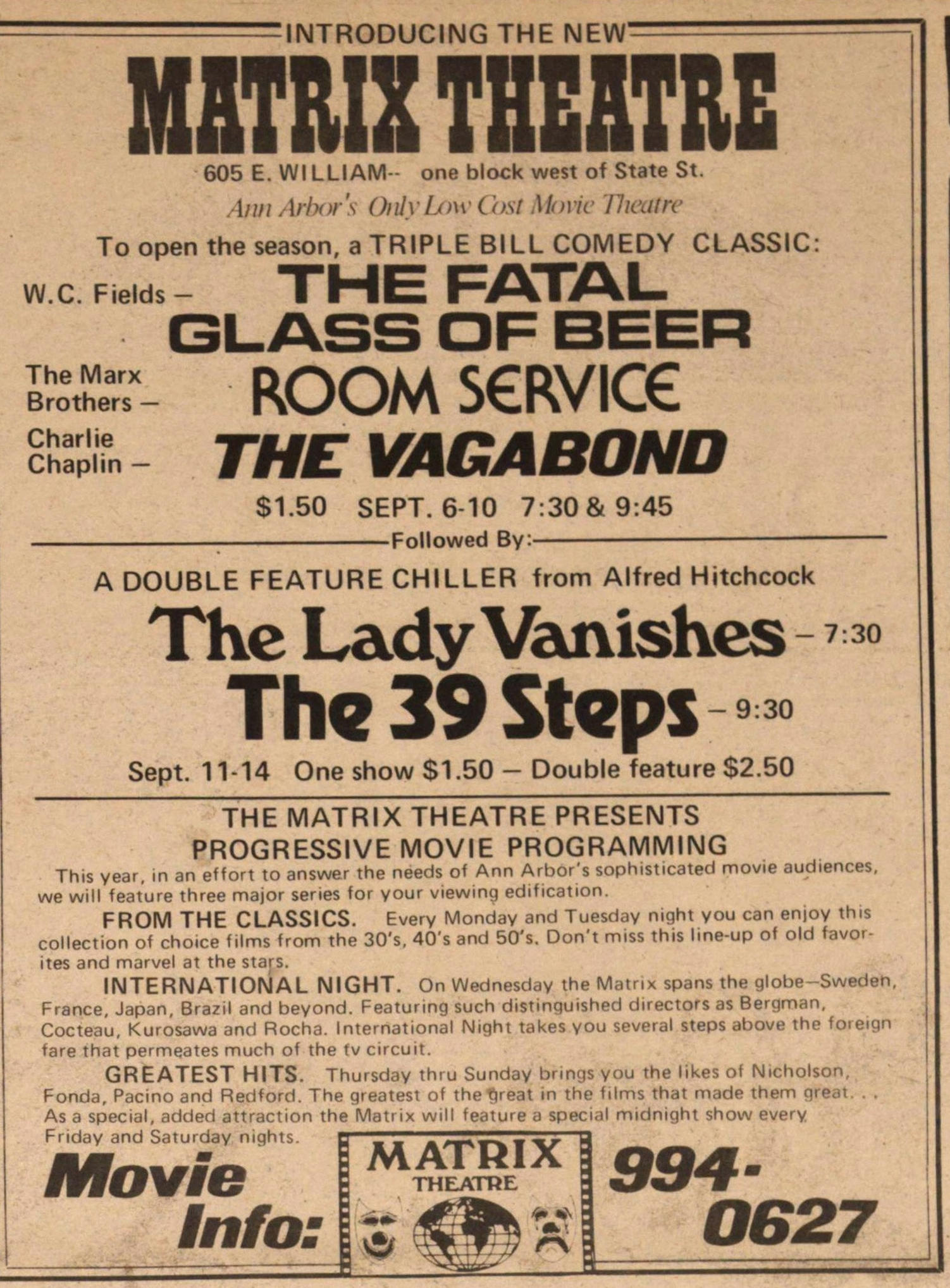 To open the season, a TRIPLE BILL COMEDY CLASSIC:

This year, in an effort to answer the needs of Ann Arbor's sophisticated movie audiences, we will feature three major series for your viewing edification.

FROM THE CLASSICS. Every Monday and Tuesday night you can enjoy this collection of choice films from the 30's, 40's and 50's. Don't miss this line-up of old favorites and marvel at the stars.

INTERNATIONAL NIGHT. On Wednesday the Matrix spans the globe—Sweden, France, Japan, Brazil and beyond. Featuring such distinguished directors as Bergman, Cocteau, Kurosawa and Rocha. International Night takes you several steps above the foreign fare that permeates much of the tv circuit.

GREATEST HITS. Thursday thru Sunday brings you the likes of Nicholson, Fonda, Pacino and Redford. The greatest of the great in the films that made them great . As a special, added attraction the Matrix will feature a special midnight show every Friday and Saturday nights.