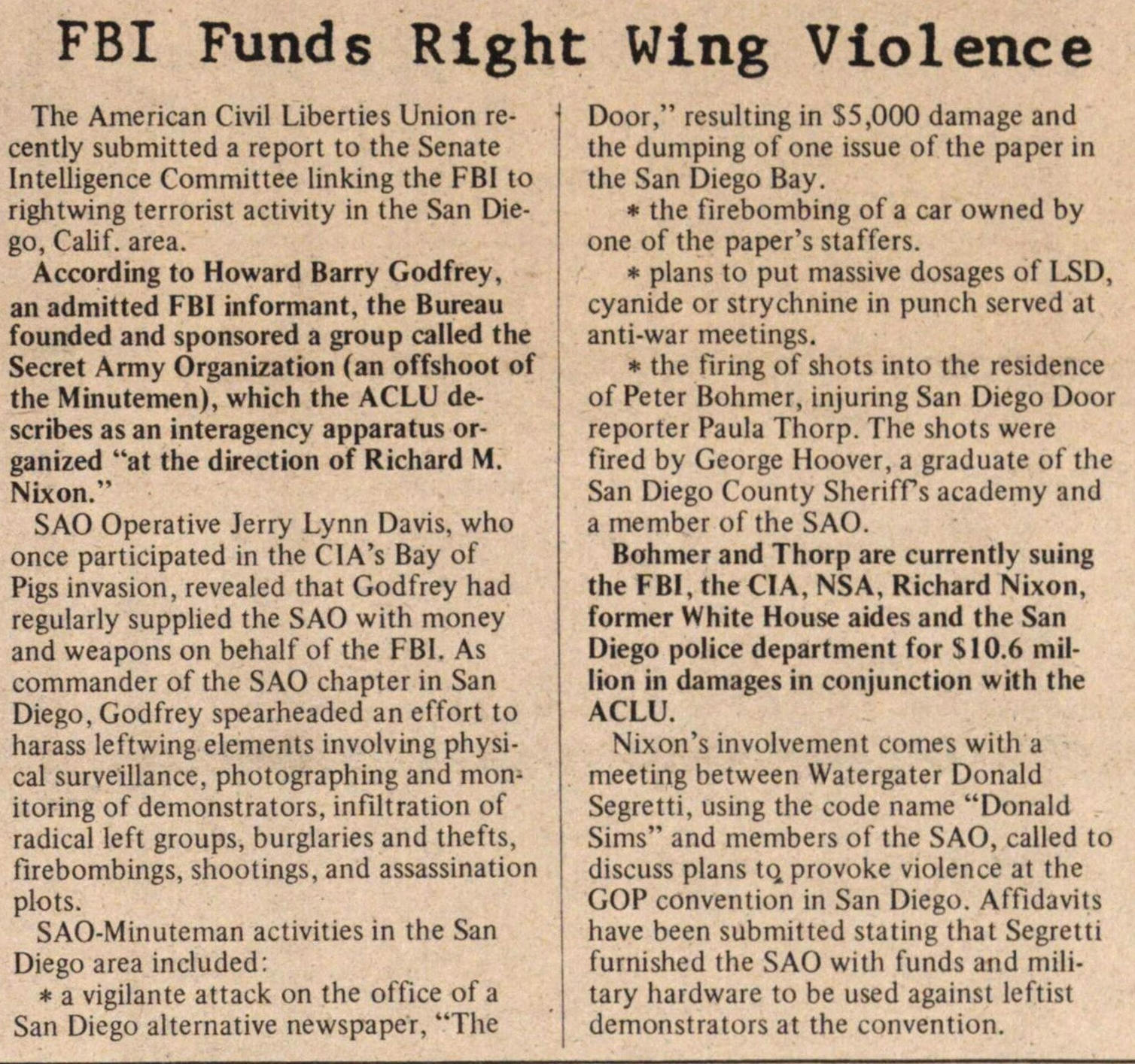 According to Howard Barry Godfrey, an admitted FBI informant, the Bureau founded and sponsored a group called the Secret Army Organization (an offshoot of the Minutemen), which the ACLU describes as an interagency apparatus organized "at the direction of Richard M. Nixon."

SAO Operative Jerry Lynn Davis, who once participated in the CIA's Bay of Pigs invasion, revealed that Godfrey had regularly supplied the SAO with money and weapons on behalf of the FBI. As commander of the SAO chapter in San Diego, Godfrey spearheaded an effort to harass leftwing elements involving physical surveillance, photographing and monitoring of demonstrators, infiltration of radical left groups, burglaries and thefts, firebombings, shootings, and assassination plots.

* a vigilante attack on the office of a San Diego alternative newspaper, "The Door," resulting in $5,000 damage and the dumping of one issue of the paper in the San Diego Bay.

* the firebombing of a car owned by one of the paper's staffers.

* plans to put massive dosages of LSD, cyanide or strychnine in punch served at anti-war meetings.

* the firing of shots into the residence of Peter Bohmer, injuring San Diego Door reporter Paula Thorp. The shots were fired by George Hoover, a graduate of the San Diego County Sheriff's academy and a member of the SAO.

Bohmer and Thorp are currently suing the FBI, the CIA, NSA, Richard Nixon, former White House aides and the San Diego police department for $10.6 million in damages in conjunction with the ACLU.

Nixon's involvement comes with a meeting between Watergater Donald Segretti, using the code name "Donald Sims" and members of the SAO, called to discuss plans to provoke violence at the GOP convention in San Diego. Affidavits have been submitted stating that Segretti furnished the SAO with funds and military hardware to be used against leftist demonstrators at the convention.