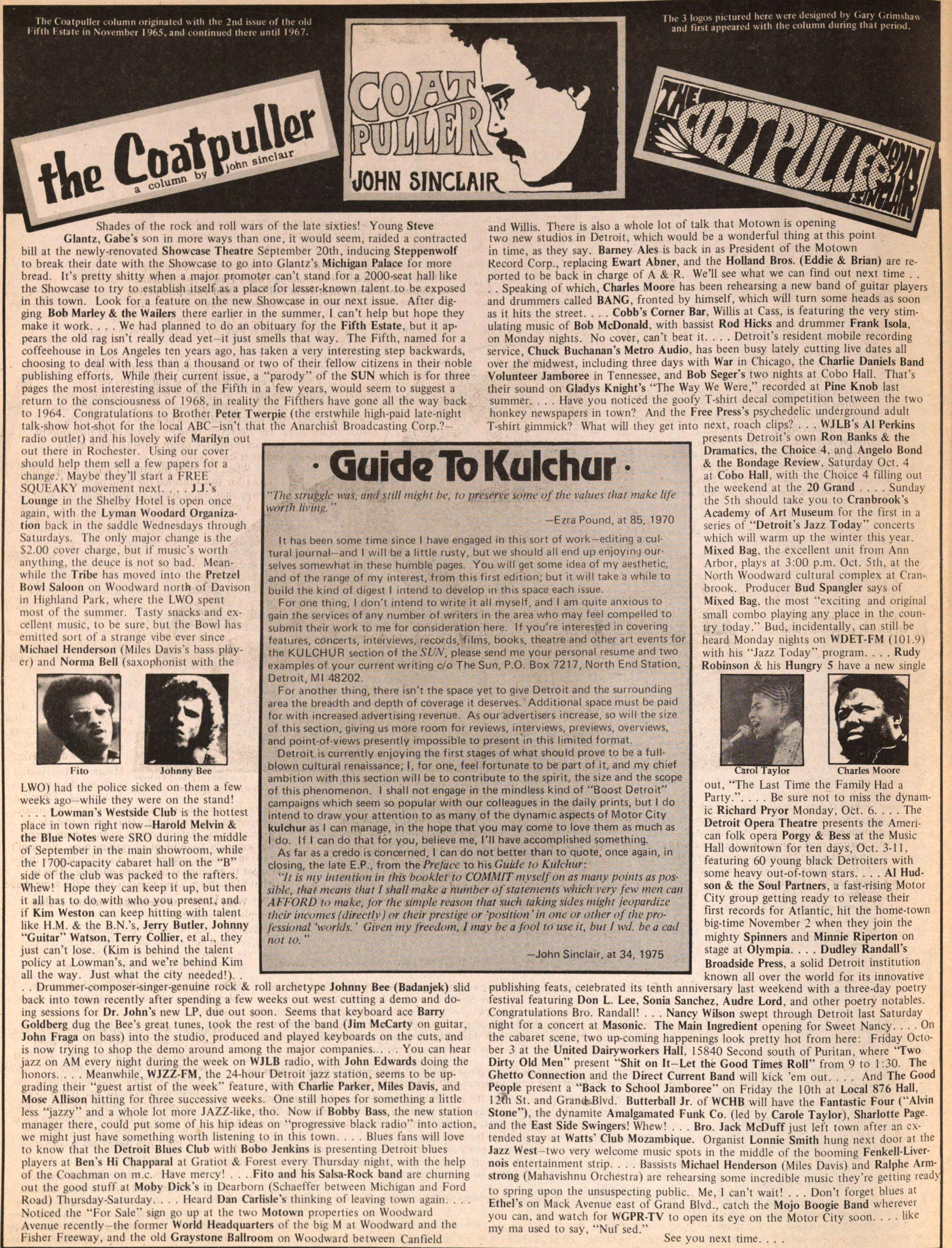 The Coatpuller column originated with the 2nd issue of the old Fifth Estate in November 1965, and continued there until 1967.

The 3 logos pictured here were designed by Gary Grimshaw and first appeared with the column during that period.

The Coat Puller
by John Sinclair