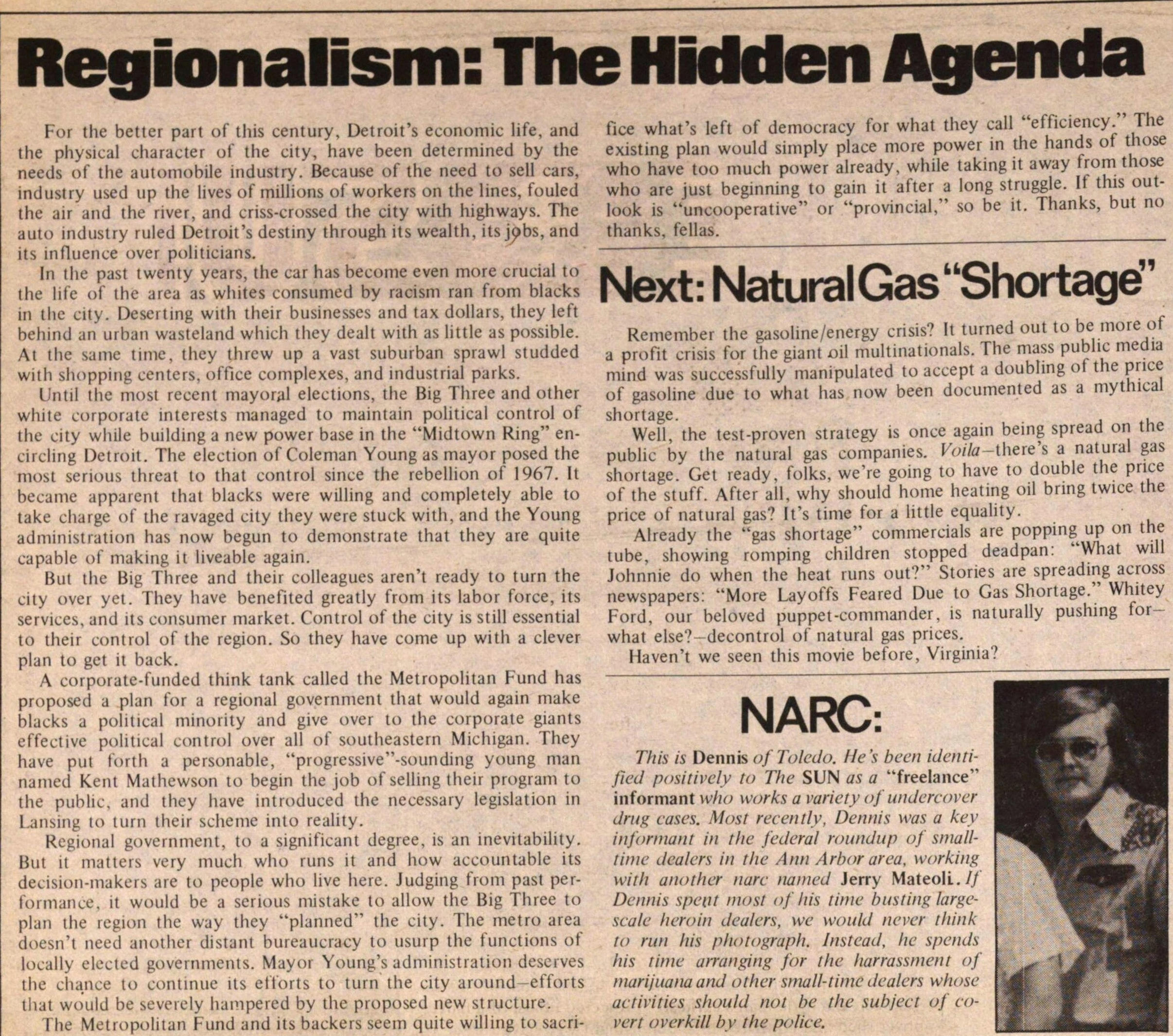 For the better part of this century, Detroit's economie life, and the physical character of the city, have been determined by the needs of the automobile industry. Because of the need to sell cars, industry used up the lives of millions of workers on the lines, fouled thé air and the river, and criss-crossed the city with highways. The auto industry ruled Detroit's destiny through its wealth, its jpbs, and its influenee over politicians. In the past twenty years, the car has become even more crucial to the lifc of the area as whites consumed by racism ran from blacks in the city. Deserting with their businesses and tax dollars, they left bchind un ui ban wasteland which they dealt with as little as possible. At ihc same time, they ilirew up a vast suburban sprawl studded with shopping centers, office complexes, and industrial parks. Until ihe most recent mayoral elections, the Big Three and other white corporaté interests managed to maintain political control of the city while building a new power base in the "Midtown Ring" encircling Detroit. The election of Coleman Youngas mayor posed the most serious threat to that control since the rebellion of 1967. It became apparent that blacks were willing and completely able to take charge of the ravaged city they were stuck with, and the Young administration has now begun to demónstrate that they are quite capable of making it liveable again. But the Big Three and their colleagues aren't ready to turn the city over yet. They have benefited greatly from its labor forcé, its services, and its consumer market. Control of the city is still essential to their control of the región. So they have come up with a clever plan to get it back. A corporate-funded think tank called the Metropolitan Fund has proposed a plan for a regional government that would again make blacks a political minority and give over lo the corporaté giants effective political control over all of southeastern Michigan. They have put forth a personable, "progressive"-sounding young man named Kent Mathewson to begin the job of selling their program to the public, and they have introduced the necessary legislation in 1 aiismg io turn their scheme into reality. Regional government, to a significant degree, is an inevitability. But il matten very much wlio runs it and how accountable its decision-makers are to people who live herc. Judging from past performance, it would be a serious mistake to allow the Big Three to plan the región the way they "planned" the city. The metro area doesn'i need another distant bureaucracy to usurp the functions of locally elected governments. Mayor Young's administration deserves the chance to continue its elïorts to turn the city around-efforts that would be seveiely hampered by the proposed new structure. The Metropolitan Fund and its backers seem quite willing to fice what's left of democracy for what they cali "efficiency. ' The existing plan would simply place more power in the hands of those who have too much power already, while taking it away f rom those who are just beginning to gain it after a long struggle. !t this outlook is "iiiK-ooperative" or "provincial," so be it. Thanks, but no thanks, f'ella.s.