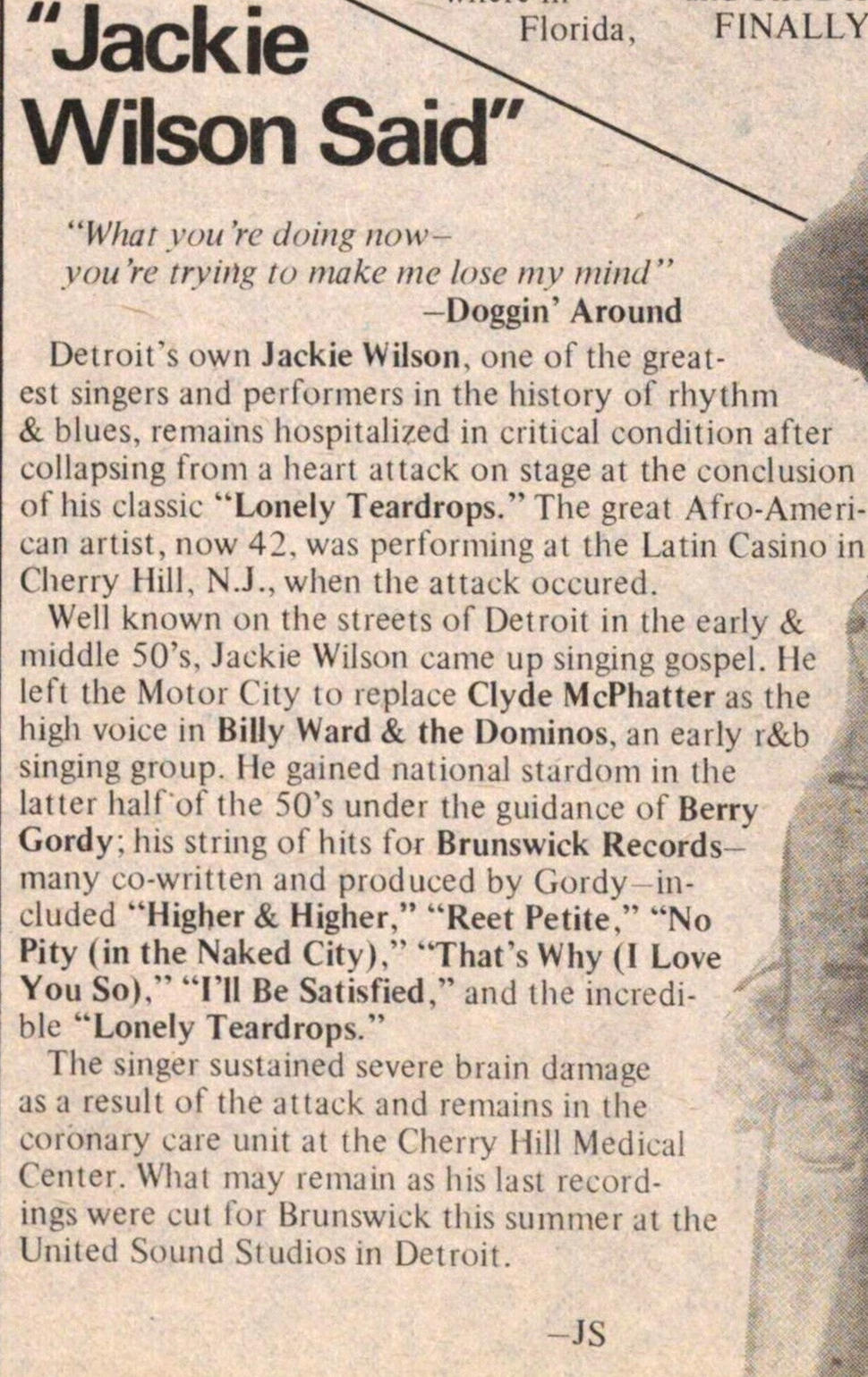 "Whar yon 're doing now yon 're tryiiíí; lo make me lose niv niinü" Detroit s own Jackie Wilson, une of the greatest singers and performers in the history of rhythm & blues, remanís hospitalized in ciïtical condition after coltapsing trom a lieart attack on stage at the conclusión of his classic "Lonely Teardrops."The great Afro-American artist. now 42. was nerformine at the Latin Casino in Clierry Mili, N.J., when the attack occured. Wel! known on tlie streets of Detroit in the early & miudle M) s. Jackie Wilson came up singing gospel. Me left the Motor City to replace Clyde McPhatter as the high voice in Billy Ward & the Dóminos, an early r&b singing group. He gained national stardom in the lat ter half 'of the 50's under the guidance of Berry Gordy; his string of hits for Brunswick Recordstnany co-written and produeed by Gordy ineluded "Higher & Higher," "Reet Petite," "No Pity (in the Naked City)," "That's Why (I Love You So)," "111 Be Satisfied," and the J ble "Lonely Teardrops." The singei susiained scvere brain damage as a result of tlie attack and reniains in the coronary care unit at the Cherry Mili Medical Center. What may reinain as his last recordings were cut lor Brunswick this summer at the United Sound Siudiosin Detroit. -JS