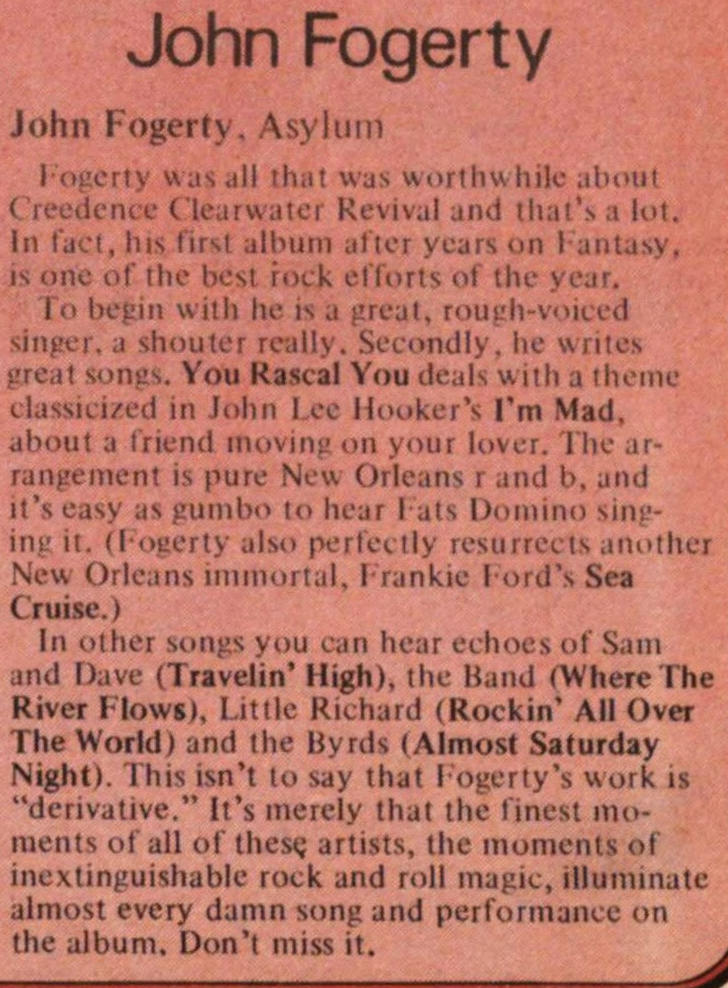 Fogerty was all worthwhile about Creedence clearwater Revival and that's a lot.  In fact, his first album after years on  Fantasy, is one of the best  rock efforts of the of the year.

To  began with he is a  great, rough-voiced singer, a shouter really. Secondly, he writes great songs. You Rascal You deals with a theme classicized in John Lee Hooker't l'm Mad, about a  friend moving on yom lover. The arrangement is pure New Orleans r and b, and it easy as gumbo to hear Fats Domino singing it. (Fogerty also perfectly resurrects another New Orleans immortal, Frankie Ford's Sea t Cruise.)

In other in songs you can hear echoes of Sam and Dave (Travelin' High), the Band (WhereThe River flows), Little Richard ( Rockin' All Over The World) and the Byrds (Almost Saturday Night). This isn't to say that Fogerty work is "derivative."

It's merely that the finest  moments of all of these artists, the moments of inextinguishable rock and roll magic, illuminate almost every damn song and performance in the album. Don't miss it. ,