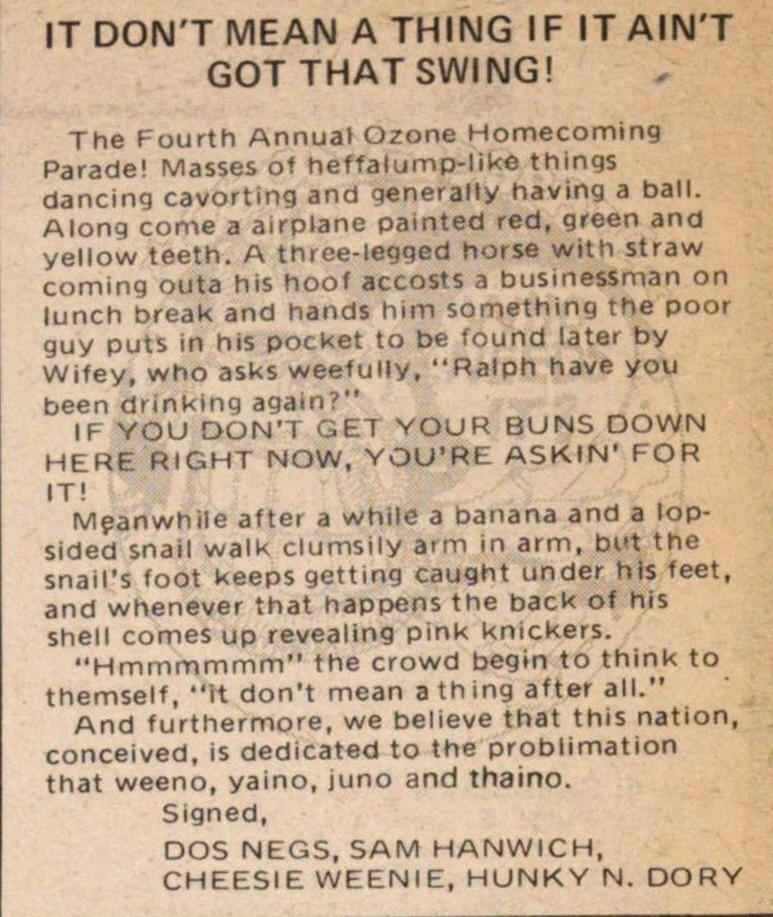 IT DON'T MEAN A THING IF IT AIN'T GOTTHAT SWING! The Fourth Annual Ozone Homecoming Parade! Masses of heffalump-like things dancing cavorting and generally having a ball. Along come a airplane painted red, green and yellow teeth. A three-legged norse with straw coming outa his hoof accosts a businessman on lunch break and hands him something the poor guy puts in his pocket to be found later by Wifey, who asks weefuily, "Ralph have you been drinklnq again?" IF YOU DON'T GET YOUK BUNS DOWN HERE RIGHT NOW, YOU'RE ASKIN' FOR IT! Meanwhile after a while a banana and a lopsided snail walk clumsily aim in arm, but the snail's foot keeps getting caught under hls feet, and whenever that happens the back of his Shell comes up revealing pink knickers. "Hmmmmmm" the crowd begin to think to themself , "it don't mean a th ing after all." And furthermore, we believe that this nation, conceived, is dedicated to the problimation that weeno, yaino, iuno and thaino. Signed, DOS NEGS, SAM HANWICH, CHEESIE WEENIE, HUNKY N. DORY