Invitation To A Lynching 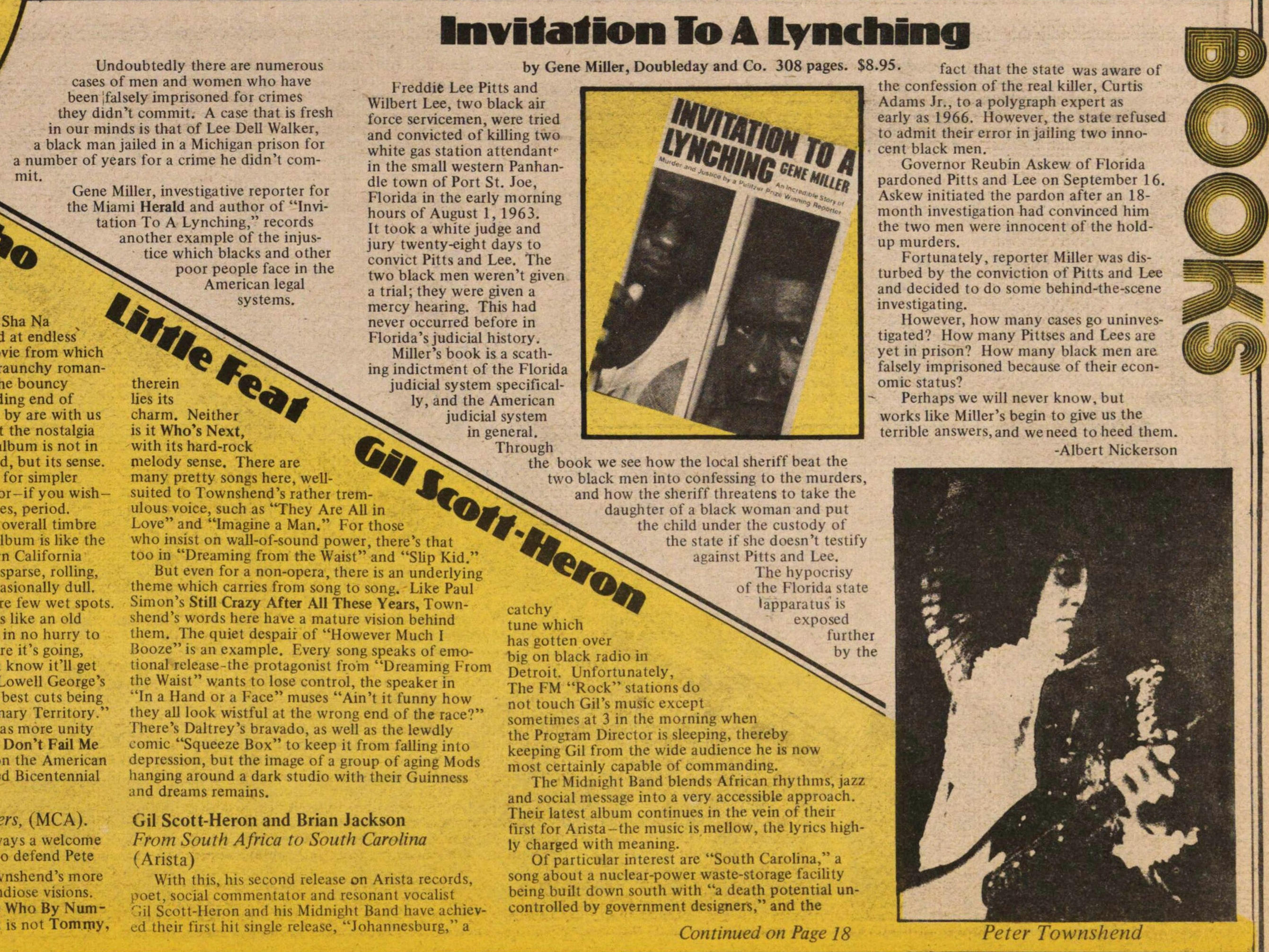 Undoubtedly there are numerous cases of men and women who have been falsely imprisoned for crimes they didn't commit. A case that is fresh in our minds is that of Lee Dell Walker, a black man jailed in a Michigan prison for a number of years for a crime he didn't commit.

Gene Miller, investigative reporter for the Miami Herald and author of "Invitation To A Lynching," records another example of the injustice which blacks and other poor people face in the American legal systems.

Freddie Lee Pitts and Wilbert Lee, two black air force servicemen, were tried and convicted of killing two white gas station attendants in the small western Panhandle town of Port St. Joe, Florida in the early morning hours of August 1, 1963. It took a white judge and jury twenty-eight days to convict Pitts and Lee. The two black men weren't given a trial; they were given a mercy hearing. This had never occurred before in Florida's judicial history.

Miller's book is a scathing indictment of the Florida judicial system specifically, and the American judicial system in general. Through the book we see how the local sheriff beat the two black men into confessing to the murders, and how the sheriff threatens to take the daughter of a black woman and put the child under the custody of the state if she doesn't testify against Pitts and Lee.

The hypocrisy of the Florida state apparatus is exposed further by the fact that the state was aware of the confession of the real killer, Curtis Adams Jr., to a polygraph expert as early as 1966. However, the state refused to admit their error in jailing two innocent black men.

Governor Reubin Askew of Florida pardoned Pitts and Lee on September 16. Askew initiated the pardon after an 18-month investigation had convinced him the two men were innocent of the holdup murders.

Fortunately, reporter Miller was disturbed by the conviction of Pitts and Lee and decided to do some behind-the-scene investigating.

However, how many cases go uninvestigated? How many Pittses and Lees are yet in prison? How many black men are falsely imprisoned because of their economic status? Perhaps we will never know, but works like Miller's begin to give us the terrible answers, and we need to heed them.