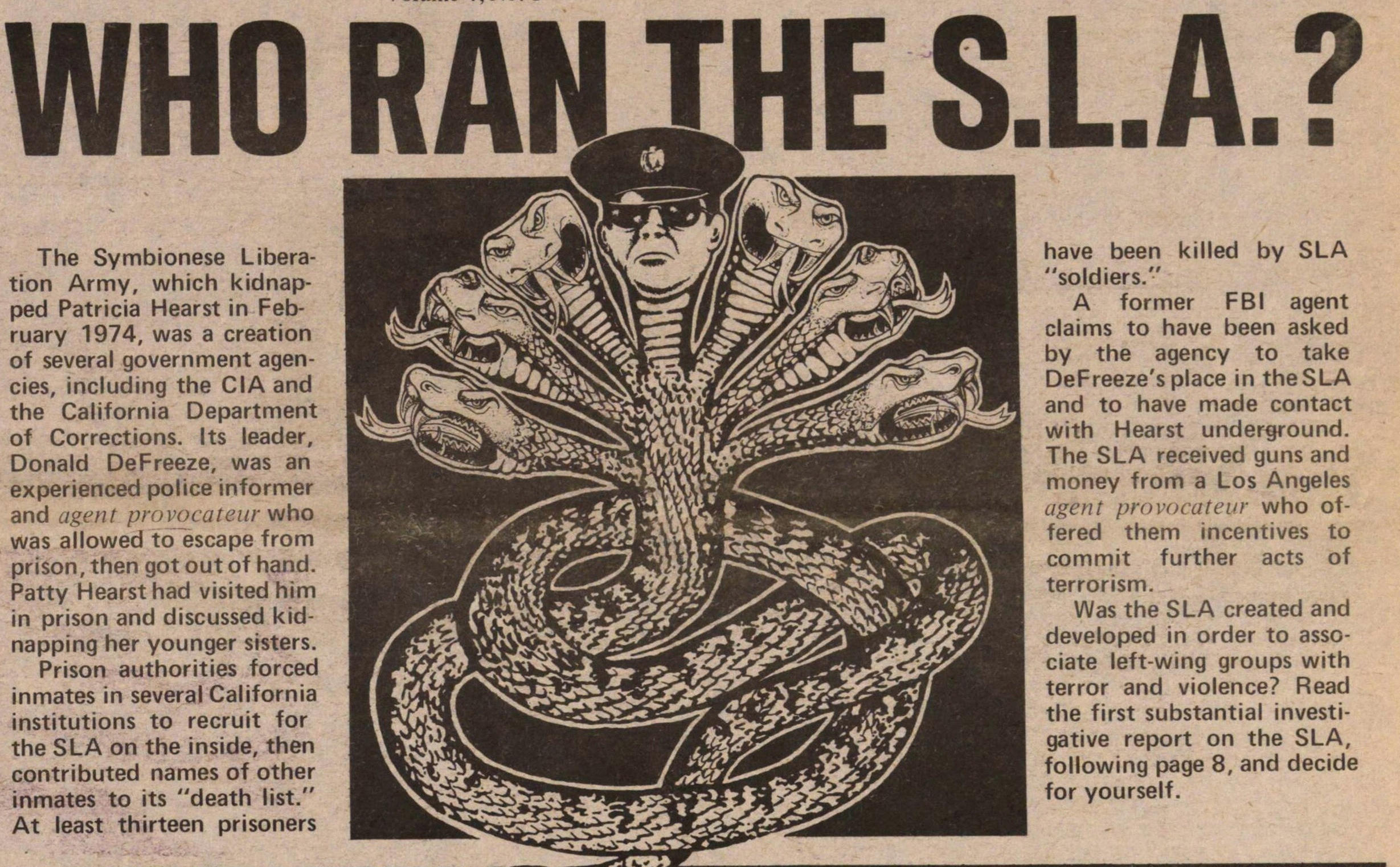 The Symbionese Liberation Army, which kidnapped Patricia Hearst in February 1974, was a creation of several government agencies, including the CIA and the California Department of Corrections. lts leader, Donald DeFreeze, was an experienced pólice informer and agent provocateur who was allowed to escape from prison, then got out of hand. Patty Hearst had visited him in prison and discussed kidnapping her younger sisters. Prison authorities forced inmates in several California institutions to recruit for the SLA on the inside, then contributed names of other inmates to its "death list." At least thirteen prisoners have been killed by SLA "soldiers." A former FBI agent claims to have been asked by the agency to take DeFreeze's place in the SLA and to have made contact with Hearst underground. The SLA received guns and money from a Los Angeles agent provocateur who offered them incentives to commit further acts of terrorism. Was the SLA created and developed in order to associate left-wing groups with terror and violence? Read the first substantial investigative report on the SLA, following page 8, and decide for yourself .