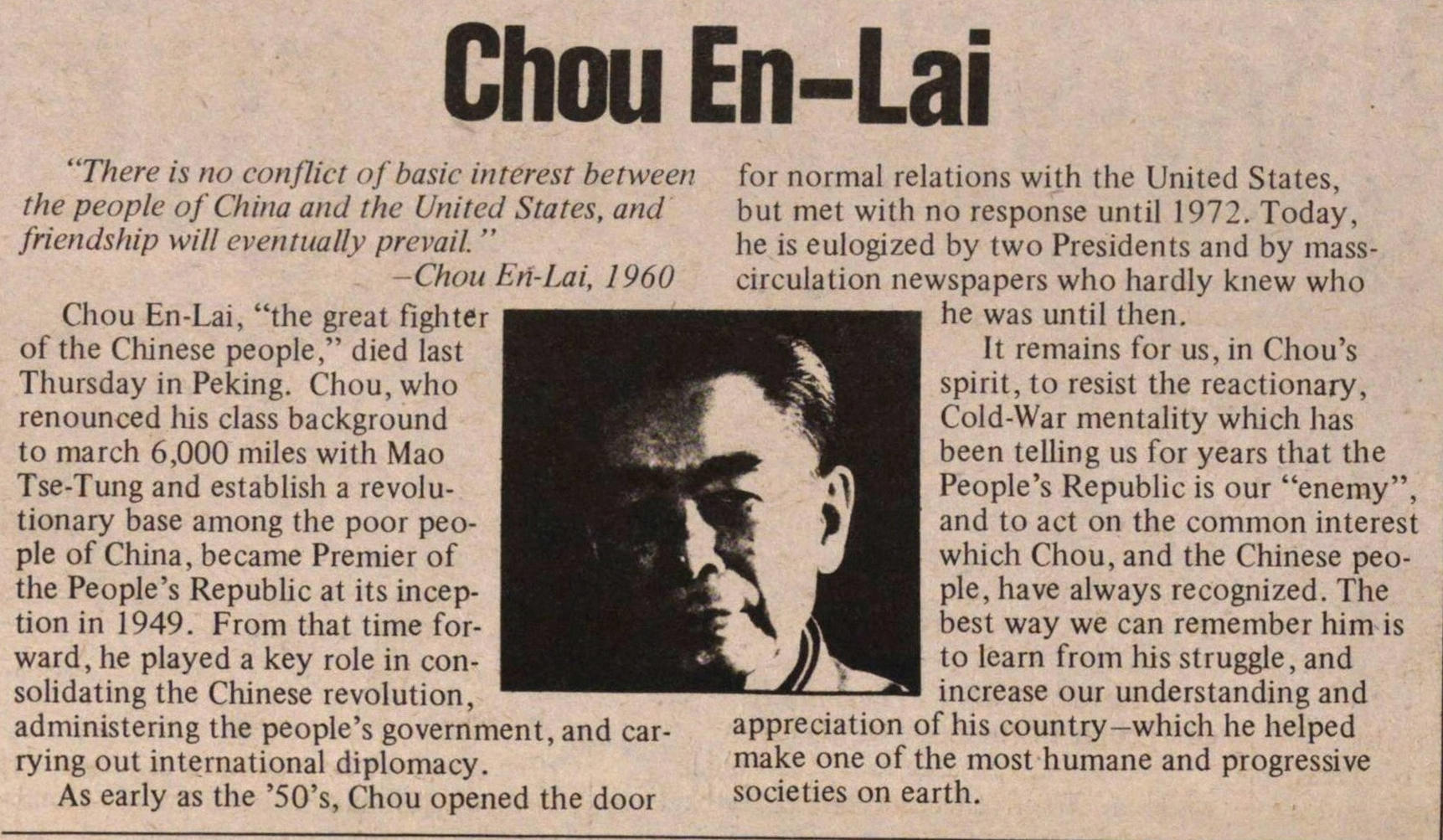 "There is no conflict ofbasic interest between the people of China and the United States, and friendship will eventuaBy prevail. " -ChouEn-Lai, 1960 Chou En-Lai, "the great figliter of the Chinese people," died last Thursday in Peking. Chou, who renounced his class background to march 6,000 miles with Mao Tse-Tung and establish a revolutionary base among the poor people of China, became Premier of the People's Republic at its inception in 1949. From that time forward, he played a key role in consolidating the Chinese revolution, admimstering the people's government, and carrying out international diplomacy. As early as the '50's, Chou opened the door for normal relations with the United States, but met with no response until 1972. Today, he is eulogized by two Presiden ts and by masscirculation newspapers who hardly knew who he was un til trien. It remains for us, in Chou's spirit, to resist the reactionary, Cold-War mentality which lias been telling us for years that the People's Republic is our "enemy", and to act on the common interest which Chou, and the Chinese people, have always recognized. The best way we can remember him is to learn from his struggle, and increase our understandine and appreciation of his country -which he helped make one of the most humane and progressive societies on earth.