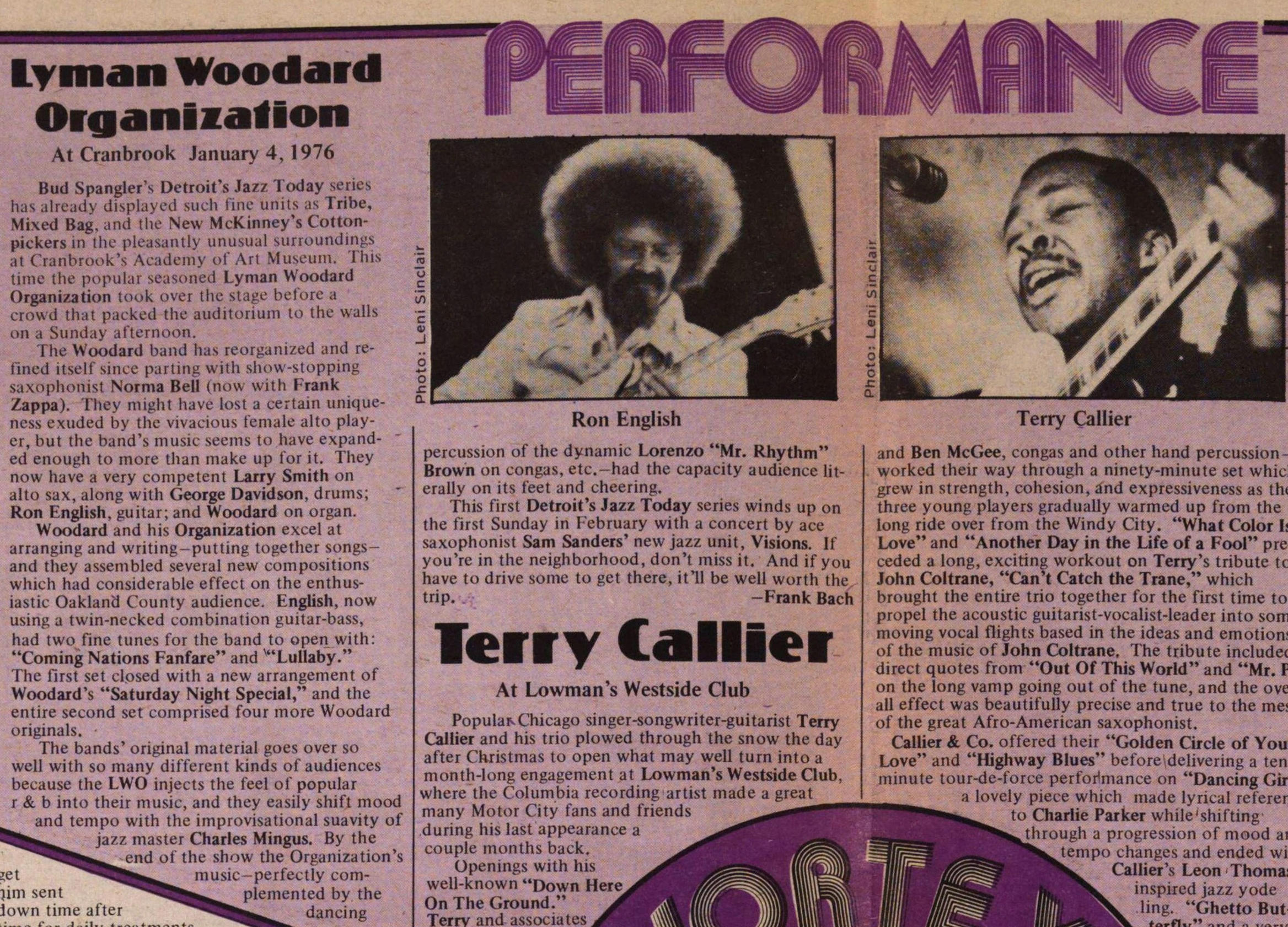 Bud Spangler's Dctroil's Jazz Today series has already displayed such line units as Tribe, Mixed Big, and the New McKinney'sCotlonpickers m the pleasantly unusual surroundings at Cranbrook's Academy of An Museum. Th is time the popular seasoned Lyman Woodard Organiation took over the stage before a crowd that packed the auditorium lo the walls on a Sunday afternoon. The Woodard band has reorganized and retmed itsell since parting with show-stopping saxophonist Norma Bell (now with Frank Zappa), They might have lost a certain uniqueness cxuded by the vivacious teníale alto player, hut the band's music secms to have expanded enough to more than make up tor it. They now have a very competent Larry Smith on alto sax, along with George Davidson, drums; Ron English, guitar; and Woodaid on organ. Woodard and nis Organization excel at arranging and writing- putting together songs- and they assembled several new compositions which had considerable effect on the enthusiastic Oakland County audience. English, now using a twin-necked combination guitar-bass, had two fine tunes for the band to open with: "Coming Nations Fanfare" and v"Lullaby." The first set closed with a new arrangement of Woodard's "Saturday Night Special," and the entire second set comprised four more Woodard origináis. The bands original material goes over so well with so many different kinds of audiences because the LWO injects the feel of popular r & b into their music, and they easily shift mood and tempo with the improvisational suavity of _ jazz master Charles Mingus. By the end ol the show the Organiza tion s h music-perfectly plemented by the dancing percussion of the dynarnic Lorenzo "Mr. Rhythm" Brown on congas, etc.- had the capacity audience literally on its feet and cheering. This first Detroit's Jazz Today series winds up on the first Sunday in I'ebruary with a concert by ace saxophonist Sam Sanders' new jazz unit, Visions. If you're in the neighborhood, don 't miss it. And if you have to drive some to get there, it'll be well worth the trip.