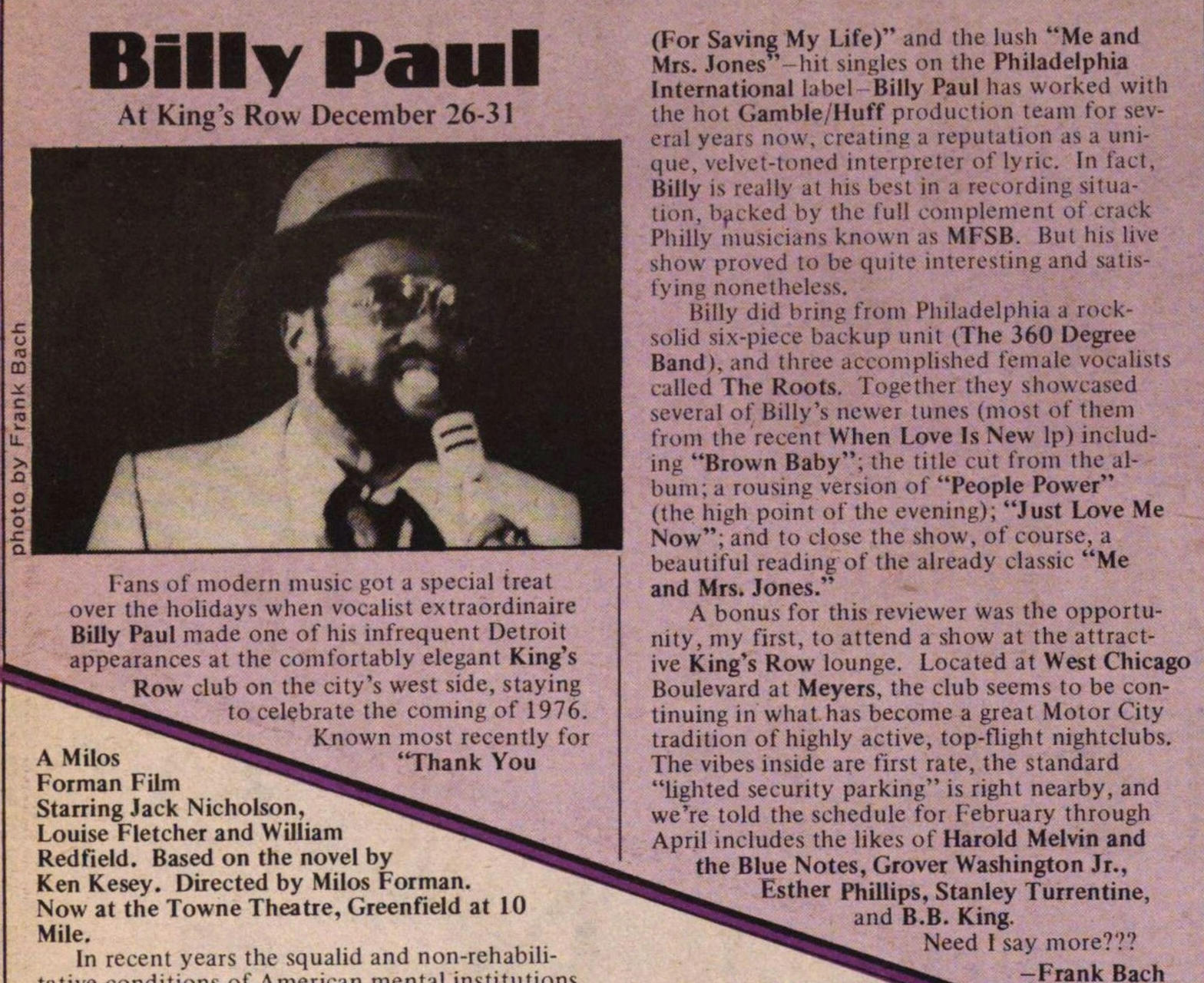 I-'ans of modern music got a special treat over the liolidays when vocalist extraordinaire Billy Paul made onc of his infrequent Detroit appearances at the comfortably elegant King's Row club on the city s west side, staying to celébrate the coming of 1976. ._ Known most recently for "Thank You (For Saving My Life)" and the lusli "Me and Mrs. Jones -hit singles on the Philadelphia International label Billy Paul has worked witli the hol GunWeHuff production team lor several years now, creating a reputation as a unique, velvet-toned interprete! of lyrie. In I.Kt, Billy is really at lm best in a cecording situation. bjicked hy the tul 1 complement of crack Philly musiciafis known as MFSB. Bul his Uve show proved to be quite nteresting and satifying nonetheless. liilly did hring t'rom Philadelphia a rocksolid six-piece backup unit (The 360 Degree Band), and three accomplished female vocalist: called The Roots. Togethei they showeased several oi Billy's newer lunes (most of them froni the recent When Love Is New lp) including "Brown Baby"; the litle cuit from the album; a rousiiii: version of "Pcople Power" (the high point of the evening); "Just Love Me Now"; and to close the show. of eourse, a beautiful reading of the already classic "Me and Mrs. Jones." A bonus for this reviewer was the opportunity, my first, to altend a show at the attractive King's Row lounge. Located at West Chicago Boulevard at Meyers, the club seems to be continuing in what has become a great Motor City tradition of highly active, top-flight nightclubs. The vibes inside are first rate, the Standard "lighted security parking" is right nearby, and we're told the schcdule for February through April includes the likes of Harold Meivin and the Blue Notes, Grover Washington Jr., Esther Phillips, Stanley Turrentine, and B.B. King. Need I say more?'.'?