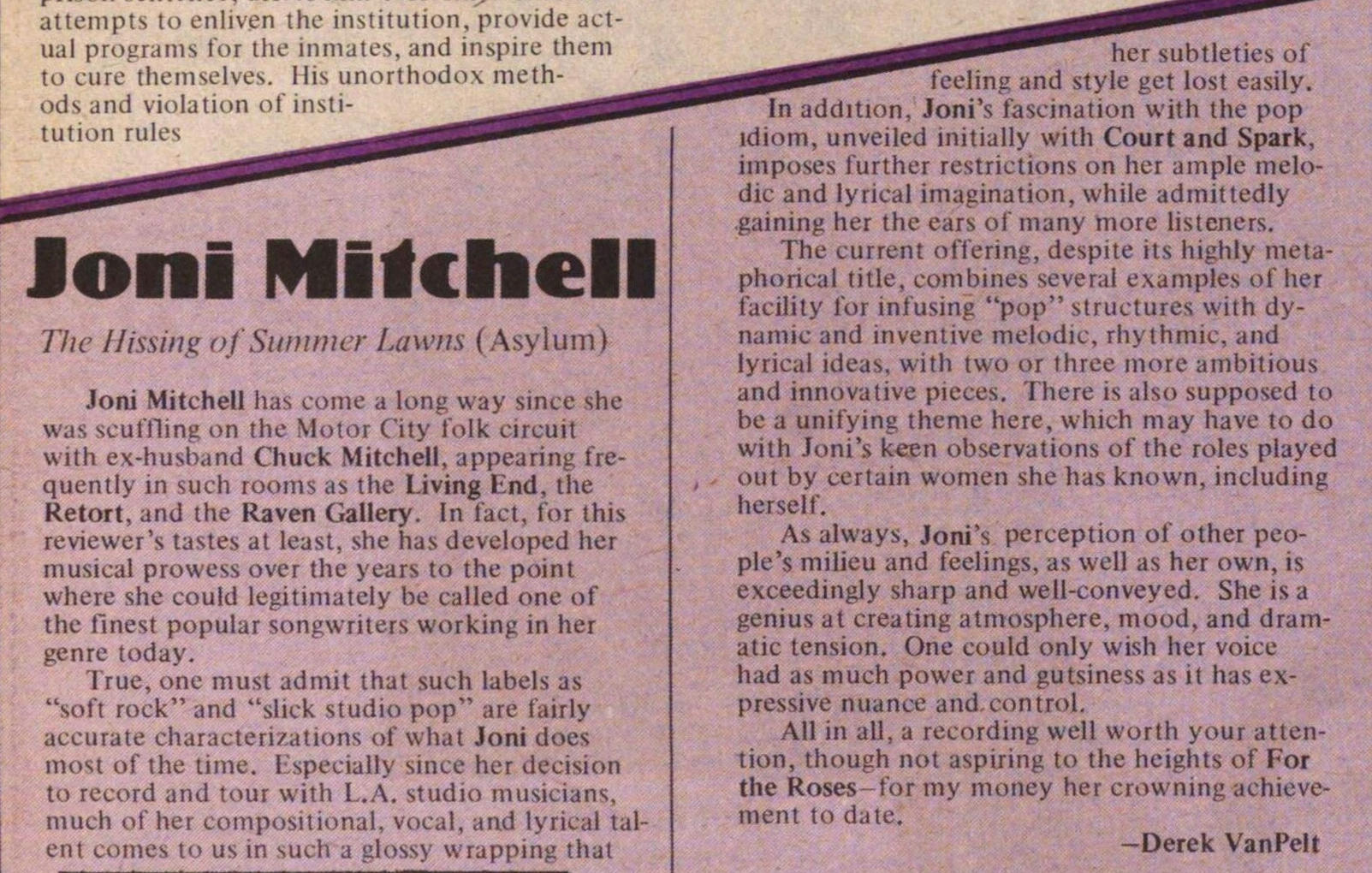 The Hissing of Summer Lawns (Asylum)

Joni Mitchell has come a long way since she was scuffling on the Motor City folk circuit with ex-husband Chuck Mitchell, appearing frequently in such rooms as the Living End, the Retort, and the Raven Gallery. In fact, for this reviewer's tastes at least, she has developed her musical prowess over the years to the point where she could legitimately be called one of the finest popular songwriters working in her genre today.

True, one must admit that such labels as "soft rock" and "slick studio pop" are fairly accurate characterizations of what Joni does most of the time. Especially since her decision to record and tour with L.A. studio musicians, much of her compositional, vocal, and lyrical talent comes to us in such a glossy wrapping that her subtleties of feeling and style got lost easily.

In addition, Joni's fascination with the pop idiom, unveiled initially with Court and Spark, imposes further restrictions on her ample melodic and lyrical imagination, while admittedly gaining her the ears of many more listeners.

The current offering, despite its highly metaphorical title. combines several examples of her facility for infusing "pop" structures with dynamic and inventive melodic, rhythmic, and lyrical ideas, with two or three more ambitious and innovative pieces. There is also supposed to be a unifying theme here, which may have to do with Joni's keen observations of the roles played out by certain women she has known, including herself.

As always, Joni's perception of other people's milieu and feelings, as well as her own, is exceedingly sharp and well-conveyed. She is a genius at creating atmosphere, mood, and dramatic tension. One could only wish her voice had as much power and gutsiness as it has expressive nuance and control.

All in all, a recording well worth your attention, though not aspiring to the heights of For the Roses - for my money her crowning achievement to date.