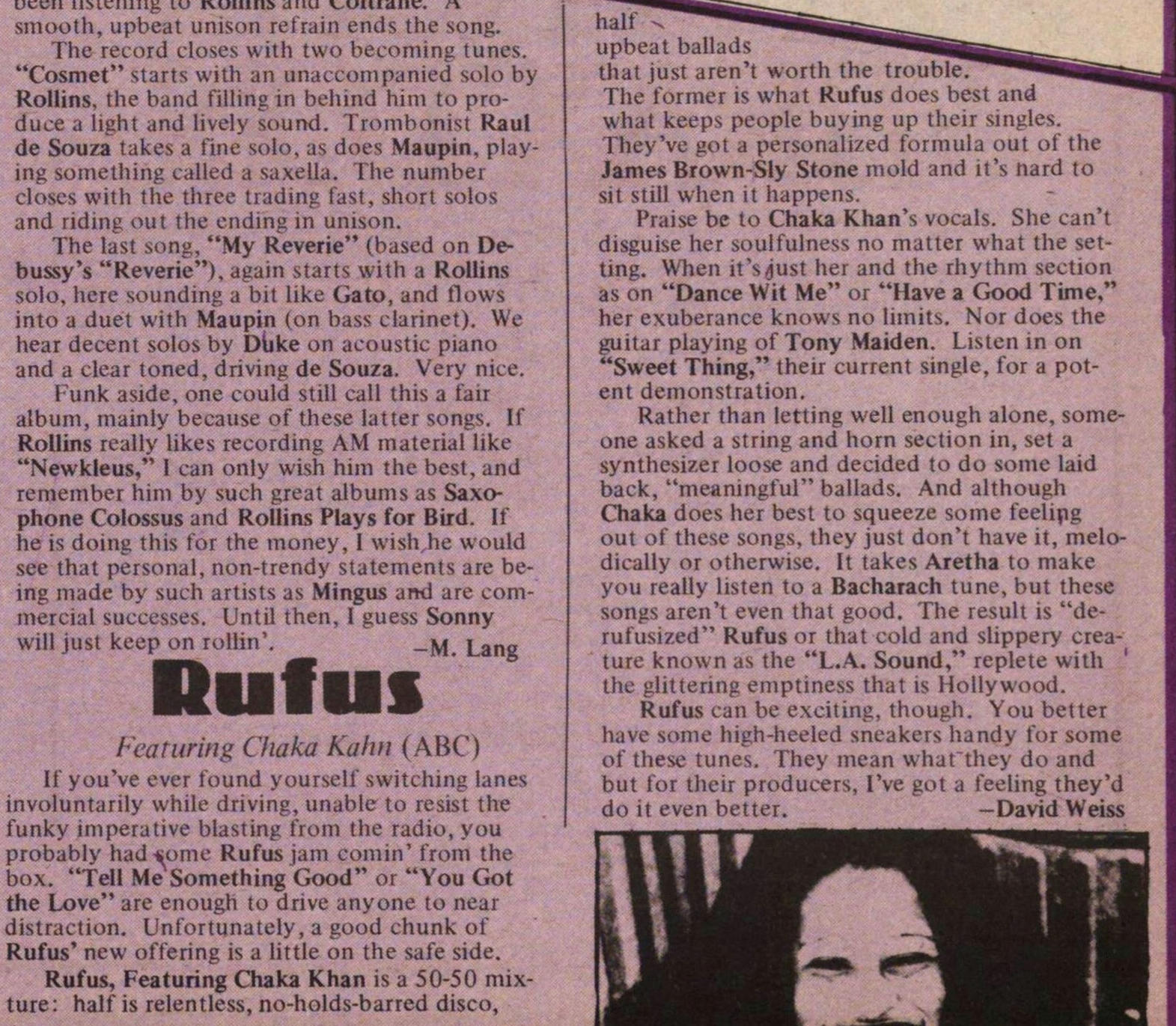 If you've over found yourself switching lanes involuntarily while driving, unable to resist the funky imperative blasting from the radio, you probably had one Rufus jam comin' from the box. "Tell Me Something Good" or "You Got the Love" are enough to drive anyone to near distraction. Unfortunately, a good chunk of Rufus' new offering is a little on the safe side.

Rufus, Featuring Chaka Khan is a 50-50 mixture: half is relentless, no-holds-barred disco, upbeat ballads that just aren't worth the trouble. The former is what Rufus does best and what keeps people buying up their singles. They've got if personalized formula out of the James Brown-Sly Stone mold and it's hard to sit still when it happens.

Praise be to Chaka Khan's vocals. She can't disguise her soulfulness no matter what the setting. When it's just her and the rhythm section as on "Dance Wit Me" or "Have a Good Time," her exuberance knows no limits. Nor does the guitar playing of Tony Maiden. Listen in on "Sweet Thing," their current single, for a potent demonstration.

Rather than letting well enough alone, someone asked a string and horn section in, set a synthesizer loose and decided to do some laid back, "meaningful" ballads. And although Chaka does her best to squeeze some feeling out of these songs, they just don't have it, melodically or otherwise. It takes Aretha to make you really listen to a Bacharach tune, but these songs aren't even that good. The result is "derufusized" Rufus or that cold and slippery creature known as the "L.A. Sound," replete with the glittering emptiness that is Hollywood.

Rufus can be exciting, though. You better have some high-heeled sneakers handy for some of these tunes. They mean what they do and but for their producers, I've got a feeling they'd do it even better.