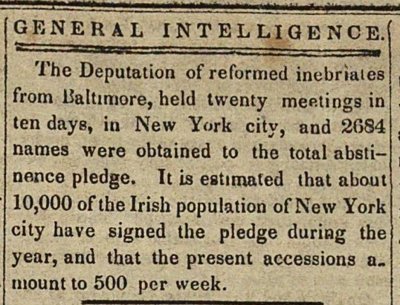 The Deputation of reformed inebrÃ­ales from Ualtimore, held twenty meetings in ten days, in New York city, and 2084 names were obtained to the total abstinence pledge. Tt is esÃ¼mated that about 10,000 of the Irish population of New York city have signed the pledge during the year, and that the present accessions a. mount to 500 per week.