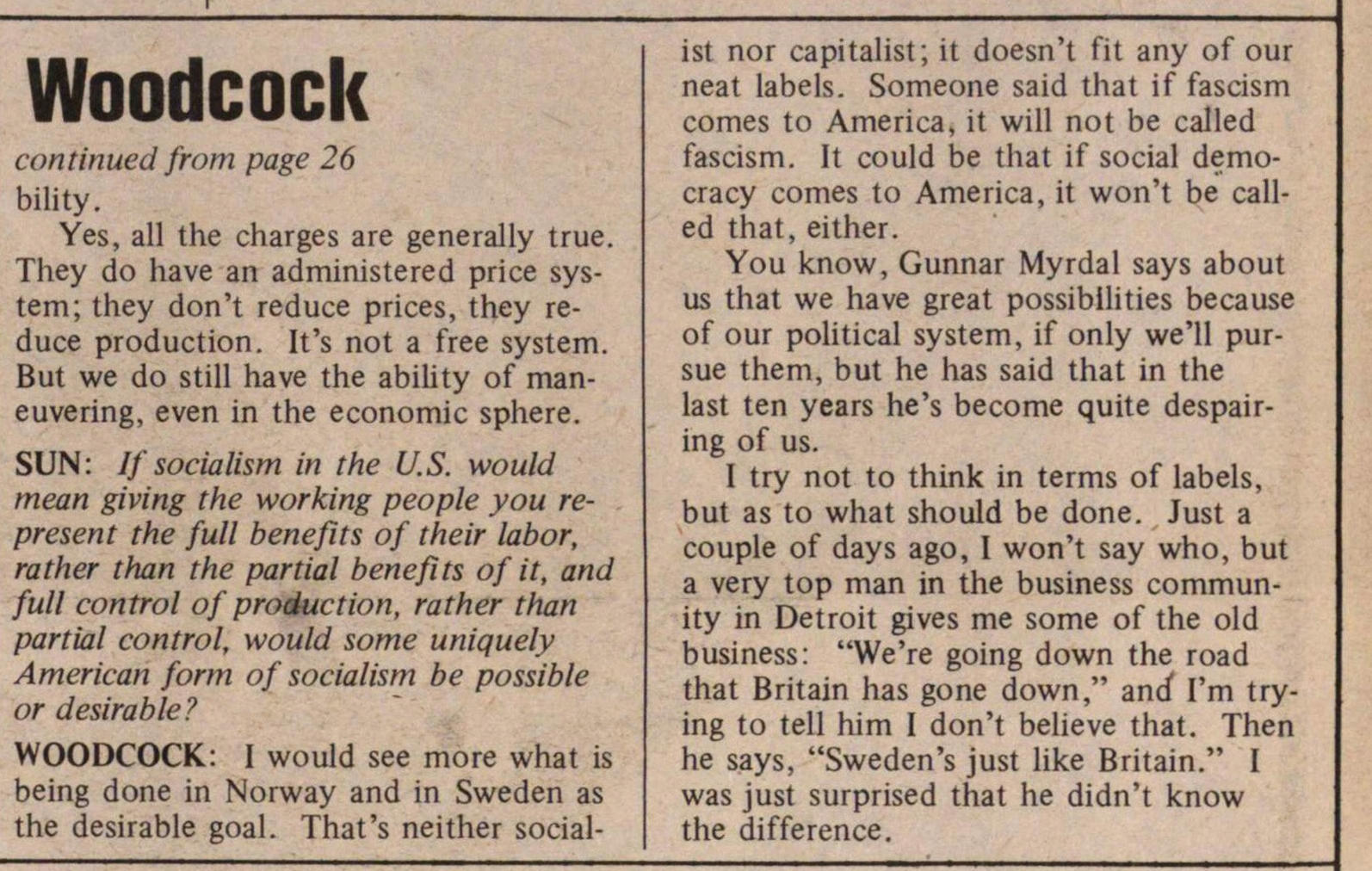 Yes, all the charges are generally true. They do have an administered price system; they don't reduce prices, they reduce production. It's not a free system. But we do still have the ability of maneuvering, even in the economic sphere.

SUN: If socialism in the U.S. would mean giving the working people you represent the full benefits of their labor, rather than the partial benefits of it, and full control of production, rather than partial control, would some uniquely American form of socialism be possible or desirable?

You know, Gunnar Myrdal says about us that we have great possibilities because of our political system, if only we'll pursue them, but he has said that in the last ten years he's become quite despairing of us.

I try not to think in terms of labels, but as to what should be done. Just a couple of days ago, I won't say who, but a very top man in the business community in Detroit gives me some of the old business: "We're going down the road that Britain has gone down," and I'm trying to tell him I don't believe that. Then he says, "Sweden's just like Britain." I was just surprised that he didn't know the difference.