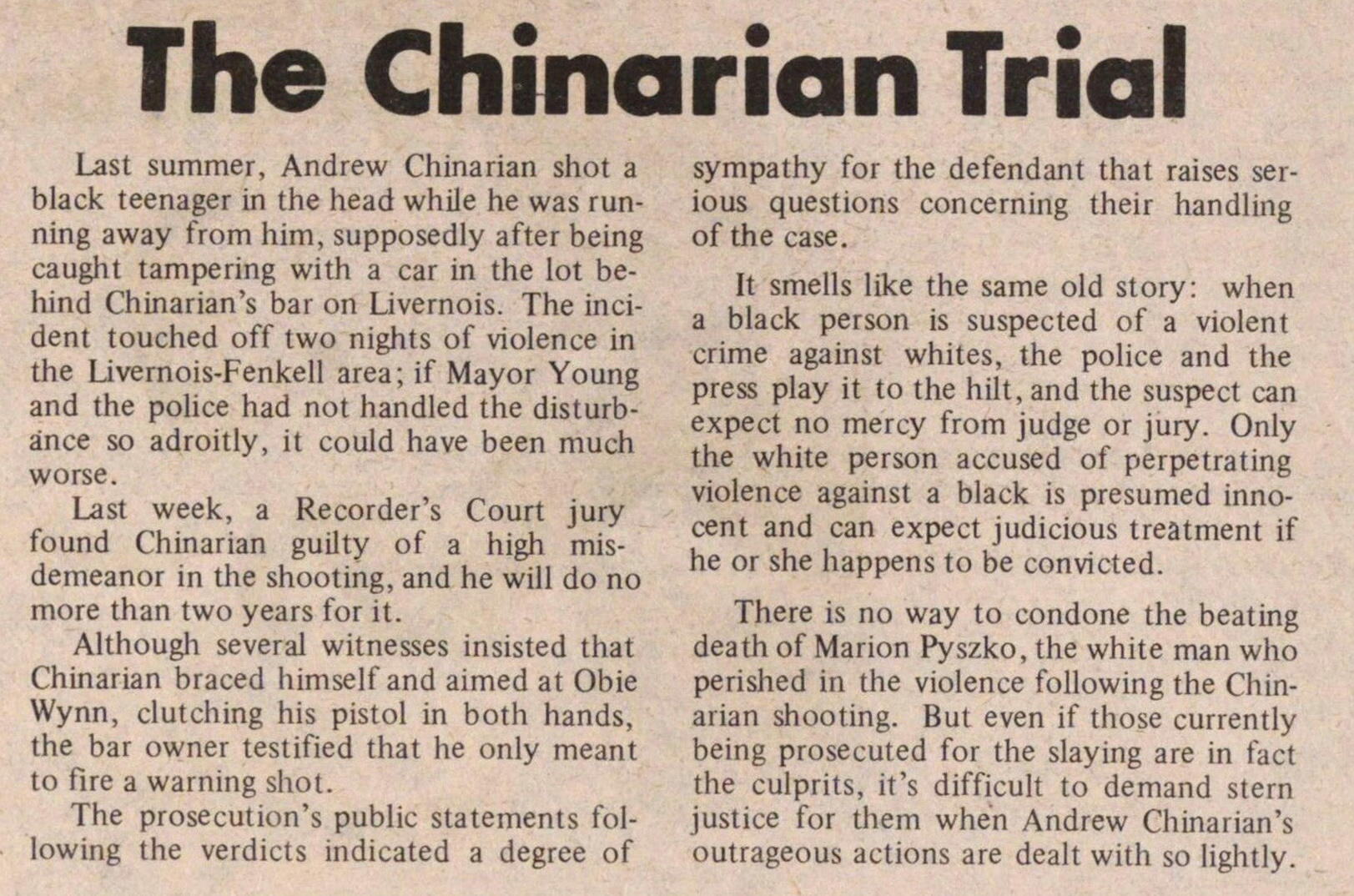 Last summer, Andrew Chinarian shot a black teenager in the head while he was running away from him, supposedly after being caught tampering with a car in the lot behind Chinarian's bar on Livernois. The incident touched off two nights of violence in the Livernois-Fenkell area; if Mayor Young and the police had not handled the disturbance so adroitly, it could have been much worse.

Last week, a Recorder's Court jury found Chinarían guilty of a high misdemeanor in the shooting, and he will do no more than two years for it.

Although several witnesses insisted that Chinarian braced himself and aimed at Obie Wynn, clutching his pistol in both hands, the bar owner testified that he only meant to fire a warning shot

The prosecution's public statements following the verdicts indicated a degree of sympathy for the defendant that raises serious questions concerning their handling of the case.

It smells like the same old story: when a black person is suspected of a violent crime against whites, the police and the press play it to the hilt, and the suspect can expect no mercy from judge or jury. Only the white person accused of perpetrating violence against a black is presumed innocent and can expect judicious treatment if he or she happens to be convicted.

There is no way to condone the beating death of Marion Pyszko, the white man who perished in the violence following the Chinarian shooting. But even if those currently being prosecuted for the slaying are in fact the culprits, it's difficult to demand stern justice for them when Andrew Chinarian's outrageous actions are dealt with so lightly.