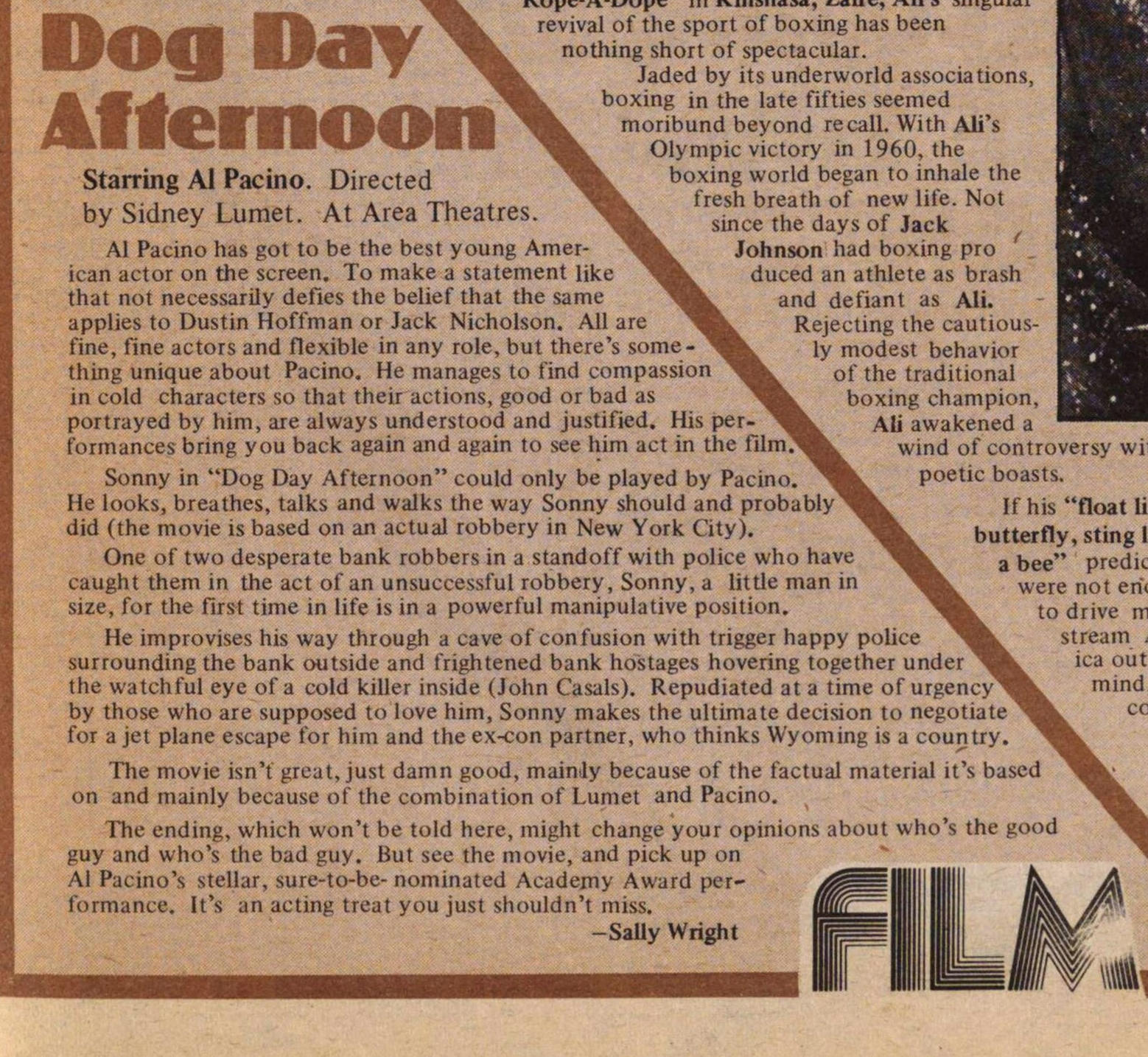 Al Pacino has got to be the best young American actor on the screen. To make a statement like that not necessarily defies the belief that the same applies to Dustin Hoffman or Jack Nicholson. All are fine, fine actors and flexible in any role, but there's some-thing unique about Pacino. He manages to find compassion in cold characters so that their actions, good or bad as portrayed by him, are always understood and justified. His performances bring you back again and again to see him act in the film.

Sonny in "Dog Day Afternoon" could only be played by Pacino. He looks, breathes, talks and walks the way Sonny should and probably did (the movie is based on an actual robbery in New York City).

One of two desperate bank robbers in a standoff with police who have caught them in the act of an unsuccessful robbery, Sonny, a little man in size, for the first time in life is in a powerful manipulative position.

He improvises his way through a cave of confusion with trigger happy police  surrounding the bank outside and frightened bank hostages hovering together under the watchful eye of a cold killer inside (John Casals). Repudiated at a time of urgency by those who are supposed to love him, Sonny makes the ultimate decision to negotiate for a jet plane escape for him and the ex-con partner, who thinks Wyoming is a country.

The ending, which won't be told here, might change your opinions about who's the good guy and who's the bad guy. But see the movie, and pick up on Al Pacino's stellar, sure-to-be nominated Academy Award performance. It's an acting treat you just shouldn't miss.