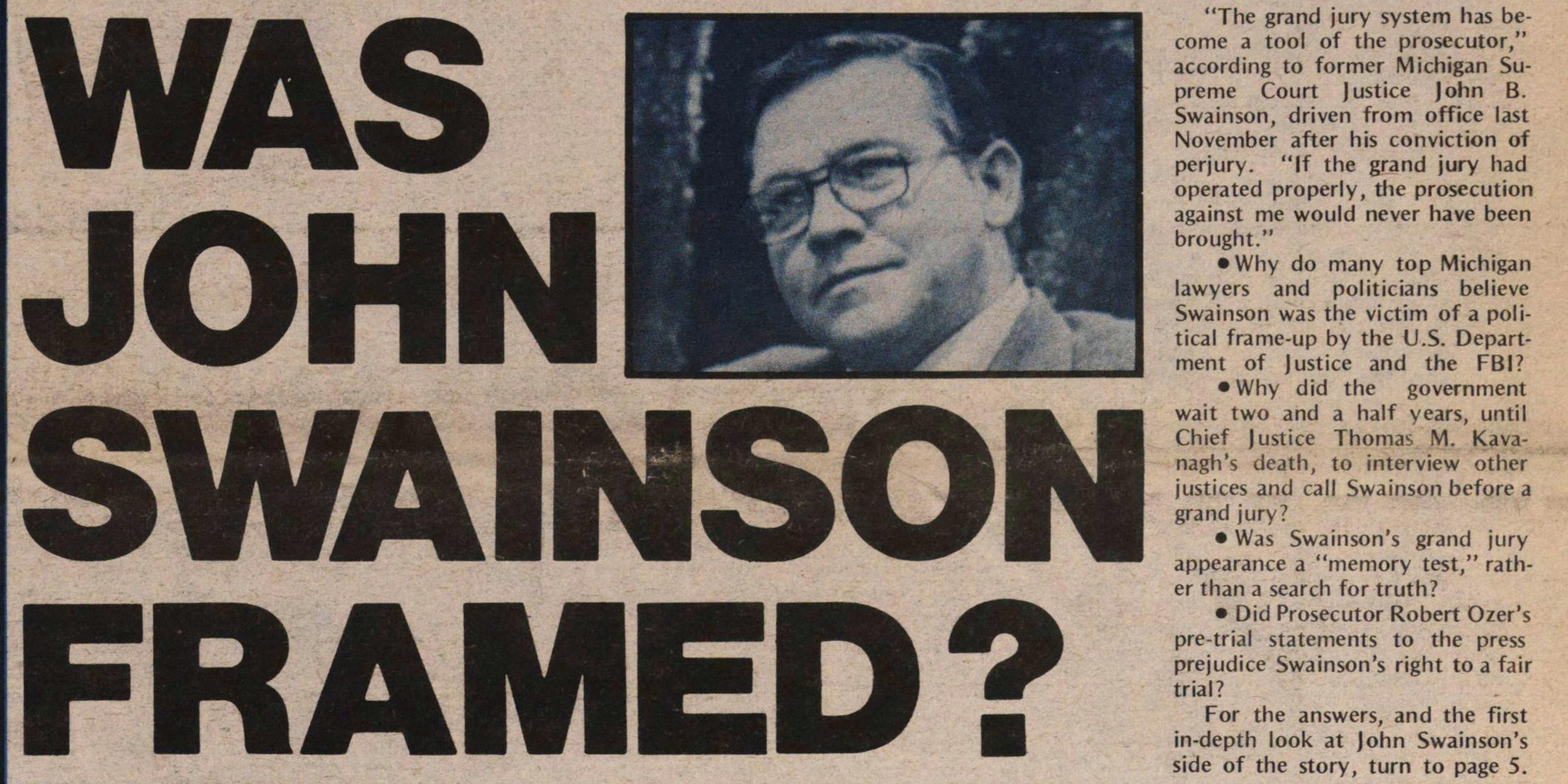 "The grand jury system has become a tool of the prosecutor," according to former Michigan Supreme Court Justice John B. Swainson, driven from office last November after his conviction of perjury. "If the grand jury had operated properly, the prosecution against me would never have been brought."

Why do many top Michigan lawyers and politicians believe Swainson was the victim of a political frame-up by the U.S. Department of Justice and the FBI?

Why did the government wait two and a half years, until Chief Justice Thomas M. Kavanagh's death, to interview other justices and call Swainson before a grand jury?

Was Swainson's grand jury appearance a "memory test," rather than a search for truth?

Did Prosecutor Robert Ozer's pre-trial statements to the press prejudice Swainson's right to a fair trial? For the answers, and the first n-depth look at John Swainson's side of the story, turn to page 5.