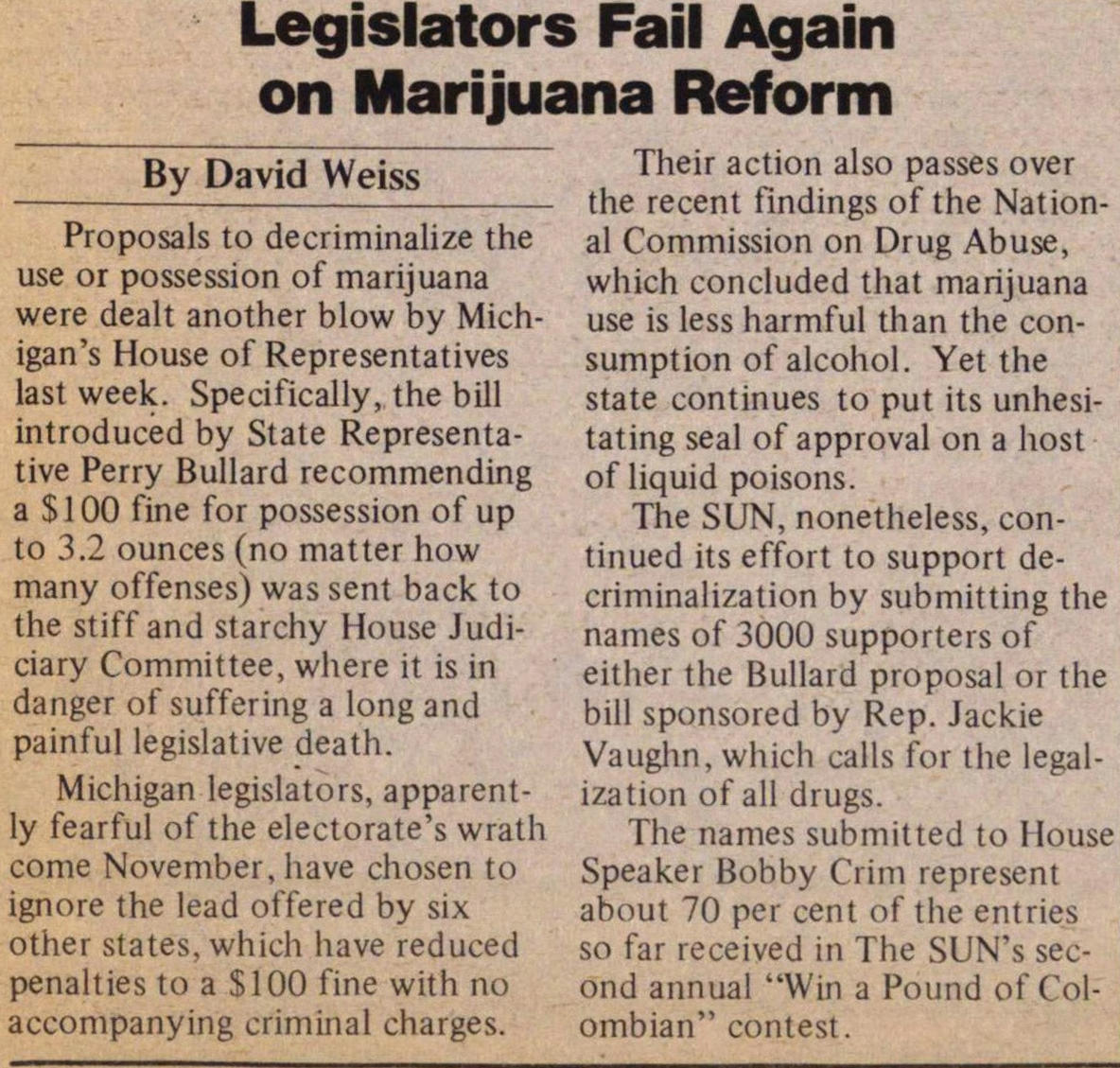 Proposals to decriminalize the use or possession of marijuana were dealt another blow by Michigan's House of Representatives last week. Specifically, the bill introduced by State Representative Perry Bullard recommending a $ 100 fine for possession of up to 3.2 ounces (no matter how many offenses) was sent back to the stiff and starchy House Judiciary Committee, where it is in danger of suffering a long and painful legislative death.

Michigan legislators, apparently fearful of the electorate's wrath come November, have chosen to ignore the lead offered by six other states, which have reduced penalties to a $100 fine with no accompanying criminal charges. Their action also passes over the recent findings of the National Commission on Drug Abuse, which concluded that marijuana use is less harmful than the consumption of alcohol. Yet the state continues to put its unhesitating seal of approval on a host of liquid poisons.

The SUN, nonetheless, continued its effort to support decriminalization by submitting the names of 3000 supporters of either the Bullard proposal or the bill sponsored by Rep. Jackie Vaughn, which calls for the legalization of all drugs.

The names submitted to House Speaker Bobby Crim represent about 70 per cent of the entries so far received in The SUN's second annual "Win a Pound of Colombian" contest.