Were Police "out To Get" Edwards And Bullock? 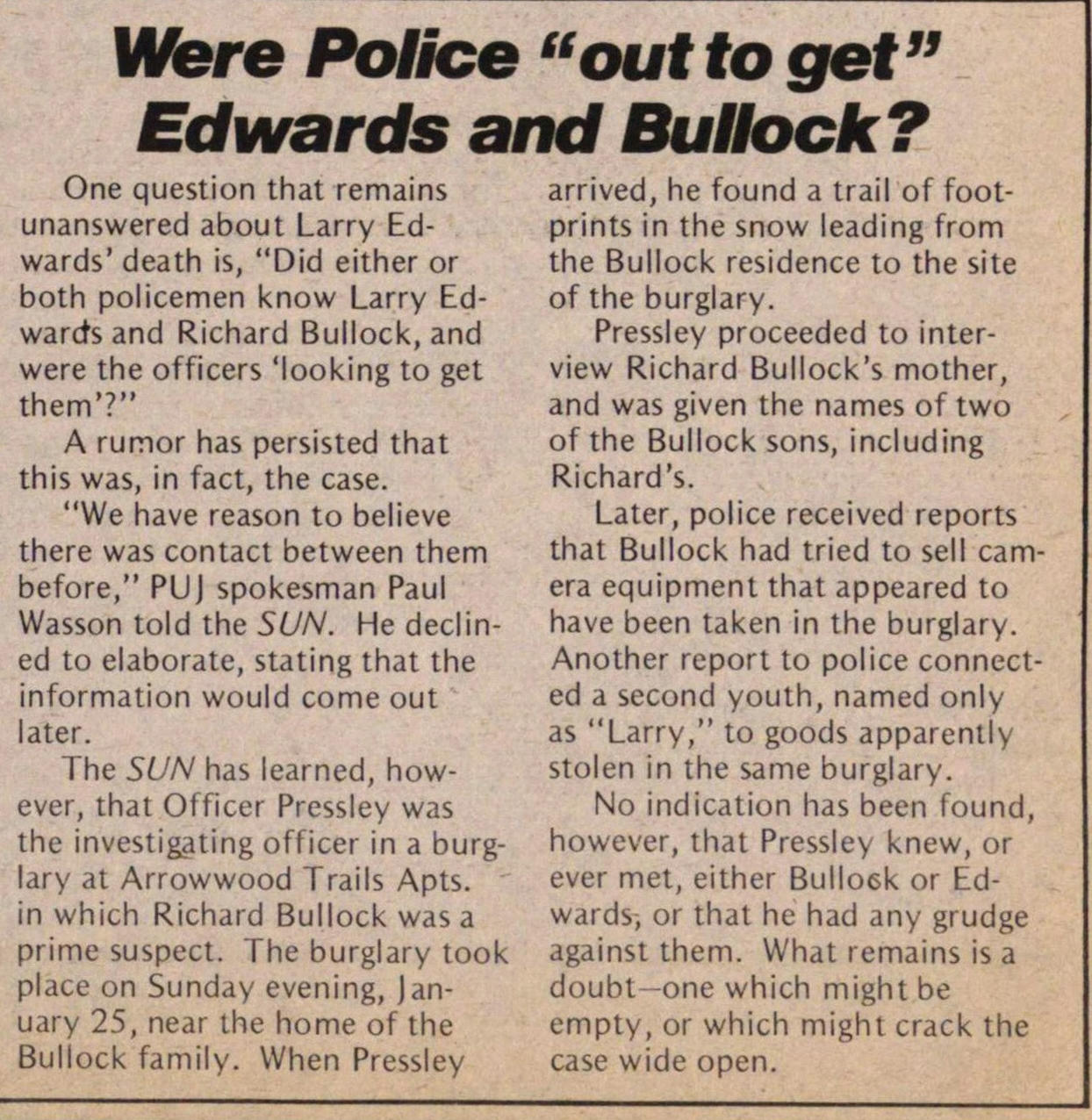 Were Police "out to get" Edwards and Bullock?

One question that remains unanswered about Larry Edwards' death is, "Did either or both policemen know Larry Edwards and Richard Bullock, and were the officers 'looking to get them'?"

A rumor has persisted that this was, in fact, the case.

"We have reason to believe there was contact between them before," PUJ spokesman Paul Wasson told the SUN. He declined to elaborate, stating that the information would come out later.

The SUN has learned, however, that Officer Pressley was the investigating officer in a burglary at Arrowwood Trails Apts. in which Richard Bullock was a prime suspect. The burglary took place on Sunday evening, January 25, near the home of the Bullock family. When Pressley arrived, he found a trail of footprints n the snow leading from the Bullock residence to the site of the burglary.

Pressley proceeded to interview Richard Bullock's mother, and was given the names of two of the Bullock sons, including Richard's.

Later, police received reports that Bullock had tried to sell camera equipment that appeared to have been taken in the burglary. Another report to police connected a second youth, named only as "Larry," to goods apparently stolen in the same burglary.

No indication has been found, however, that Pressley knew, or ever met, either Bullock or Edwards, or that he had any grudge against them. What remains is a doubt - one which might be empty, or which might crack the case wide open.