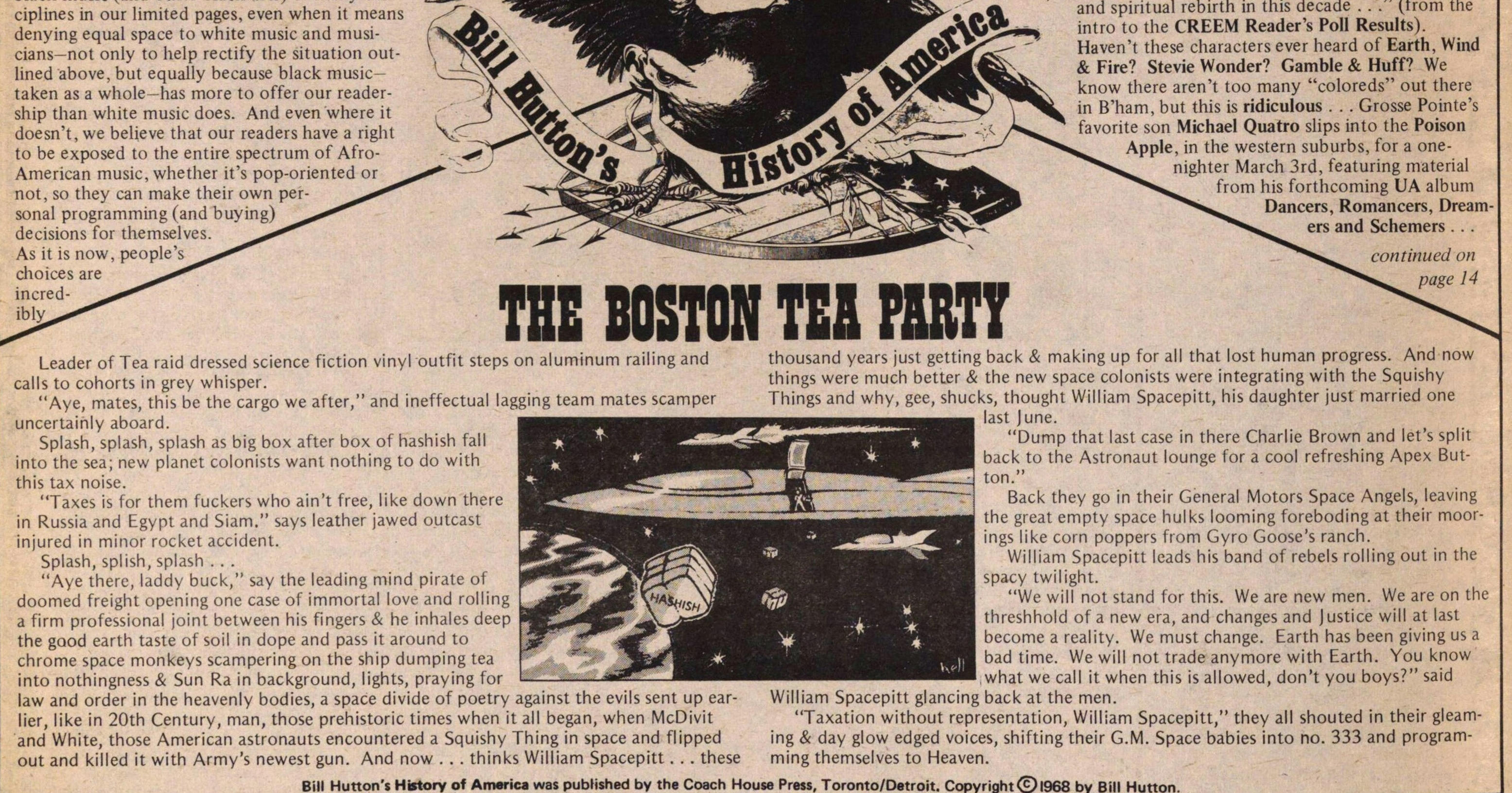 "Aye, mates, this be the cargo we after," and ineffectual lagging team mates scamper uncertainly aboard.

Splash, splash, splash as big box after box of hashish fall into the sea; new planet colonists want nothing to do with this tax noise.

"Taxes is for them fuckers who ain't free, like down there in Russia and Egypt and Siam," says leather jawed outcast injured in minor rocket accident.

"Aye there, laddy buck," say the leading mind pirate of doomed freight opening one case of immortal love and rolling a firm professional joint between his fingers & he inhales deep the good earth taste of soil in dope and pass it around to chrome space monkeys scampering on the ship dumping tea into nothingness & Sun Ra in background, lights, praying for law and order in the heavenly bodies, a space divide of poetry against the evils sent up earlier, like in 20th Century, man, those prehistoric times when it all began, when McDivit and White, those American astronauts encountered a Squishy Thing in space and flipped out and killed it with Army's newest gun. And now . . . thinks William Spacepitt . . . these thousand years just getting back & making up for all that lost human progress. And now things were much better & the new space colonists were integrating with the Squishy Things and why, gee, shucks, thought William Spacepitt, his daughter just married one last June.

"Dump that last case in there Charlie Brown and let's split back to the Astronaut lounge for a cool refreshing Apex Button."

Back they go in their General Motors Space Angels, leaving the great empty space hulks looming foreboding at their moorings like corn poppers from Gyro Goose's ranch.

William Spacepitt leads his band of rebels rolling out in the spacy twilight.

"We will not stand for this. We are new men. We are on the threshhold of a new era, and changes and Justice will at last become a reality. We must change. Earth has been giving us a bad time. We will not trade anymore with Earth. You know what we call it when this is allowed, don't you boys?" said William Spacepitt glancing back at the men.

"Taxation without representation, William Spacepitt," they all shouted in their gleaming & day glow edged voices, shifting their G.M. Space babies into no. 333 and programming themselves to Heaven.