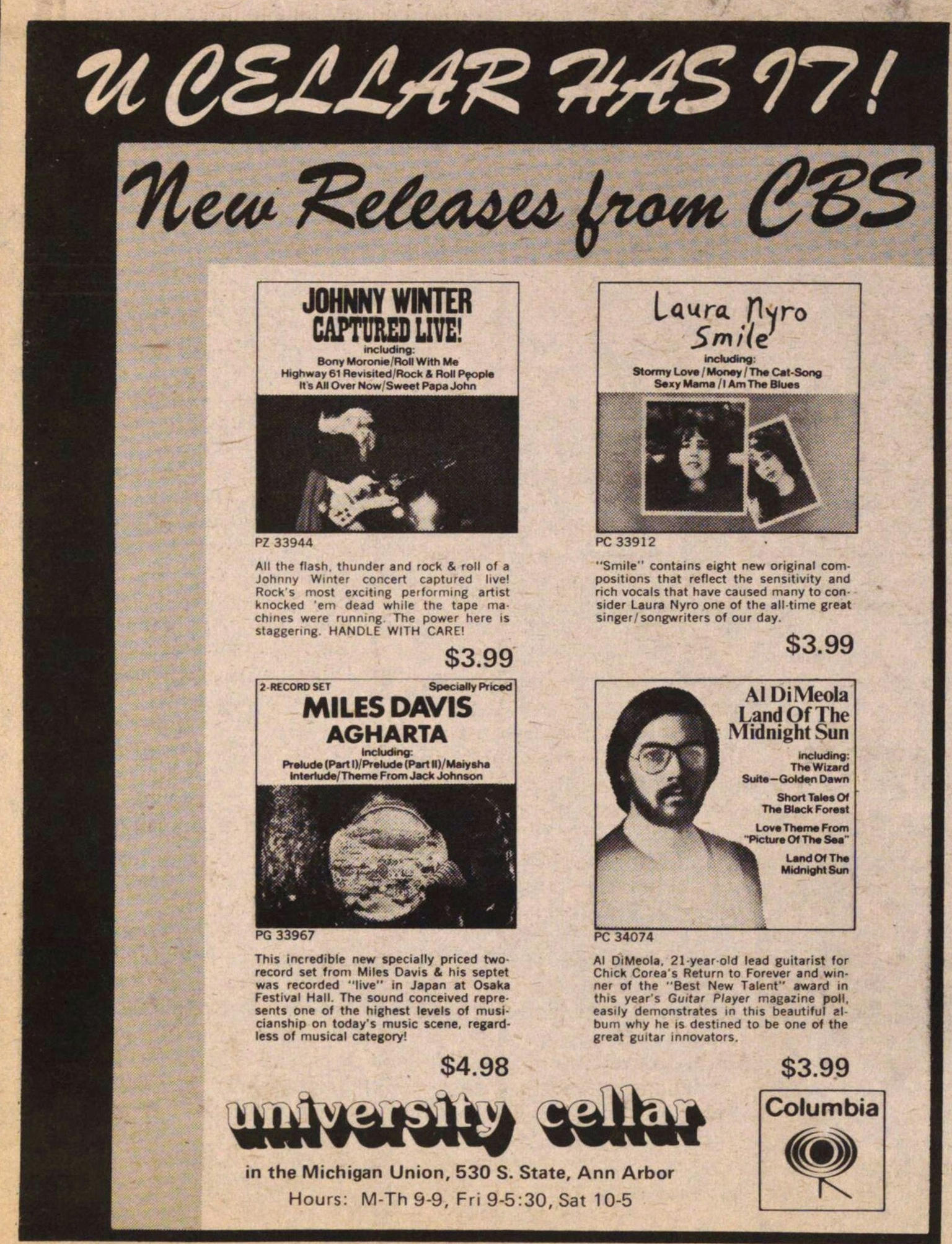 U CELLER HAS IT!

including: Bony Morinie/Roll With Me

It's All Over Now/Sweet paper John

All the flash, thunder, and rock & roll of a Johnny Winter concert captured live! rock's most exciting performing artist knocked 'em dead while the tape machines were running. The power here is staggering. HANDLE WITH CARE!

Sexy Mama/I Am The Blues

"Smile" contains eight new original compositions that reflect the sensitivity and rich vocals that have caused many to consider Laura Nyro one of the al-time great singer/songwriters of our day.

This incredible new specially priced two-record set from Miles Davis & his septet was recorded "live" in Japan at Osaka Festival Hall. the sound conceived represents on of the highest levels of musicianship on today's music scene, regardless of musical category!

Land Of The Midnight Sun

Short Tales Of The Black Forest

Love Theme From Picture Of The Sea

Land Of The Midnight Sun

Al DiMeola, 21-year-old lead guitarist for Chick Corea's Return to Forever and winnter of the "Best New Talent" award in this year's Guitar Player magazine poll, easily demonstrates in this beautiful album why he is destined to be one of the great guitar innovators.