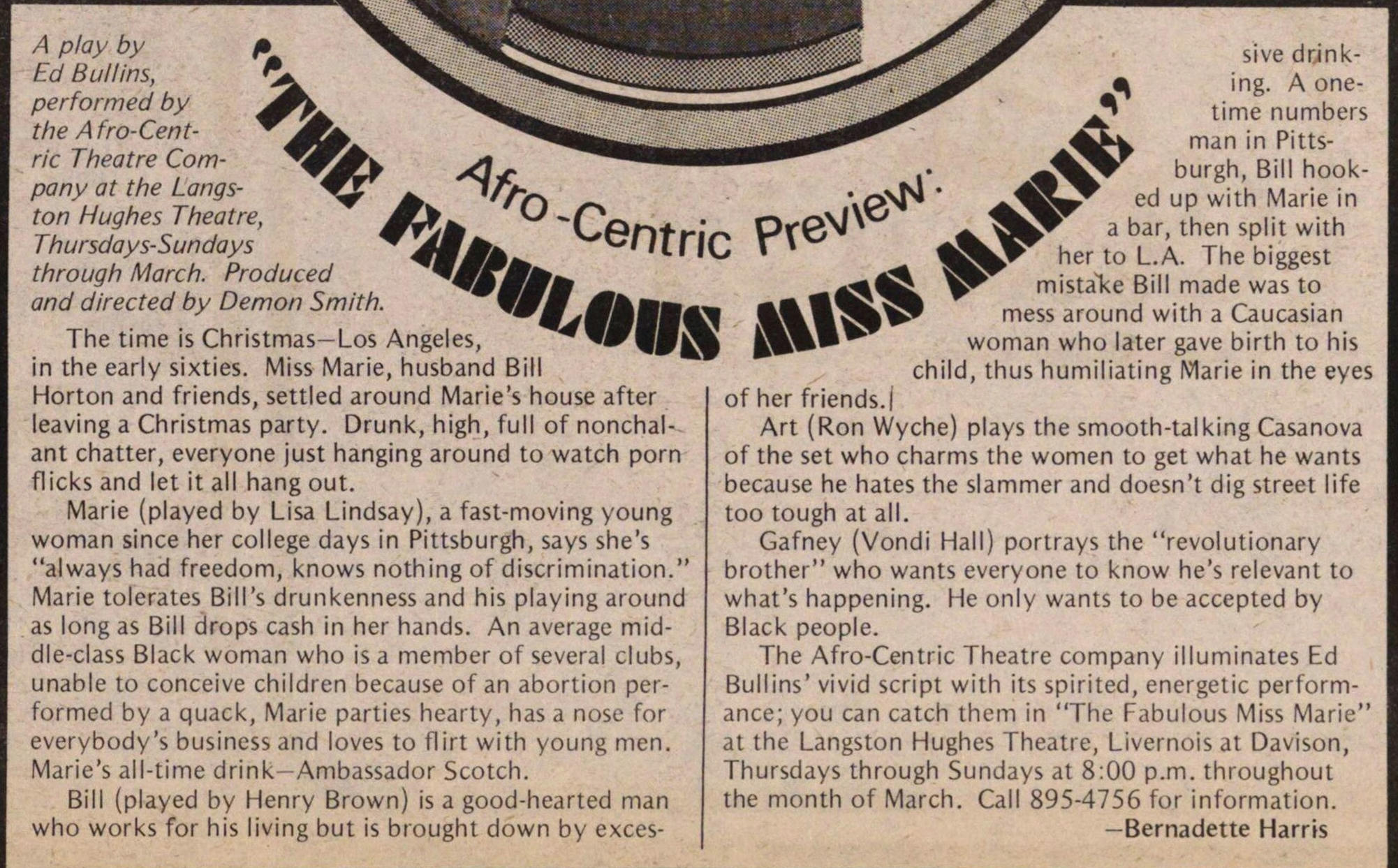 A play by Ed Bullins, performed by the Afro-Centric Theatre Company at the Langston Hughes Theatre, Thursdays-Sundays through March and directed by Demon Smith.

Marie (played by Lisa Lindsay), a fast-moving young woman since her college days in Pittsburgh, says she's "always had freedom, knows nothing of discrimination." Marie tolerates Bil I 's drunkenness and nis playing around as long as Bill drops cash in her hands. An average middle-class Black woman who is a member of several clubs, unable to conceive children because of an abortion performed by a quack, Marie parties hearty, has a nose for everybody's business and loves to flirt with young men. Marie's all-time drink—Ambassador Scotch.

Bill (played by Henry Brown) is a good-hearted man who works for his living but is brought down by excessive drinking. A onetime numbers man in Pittsburgh, Bill hookedup with Marie in a bar, then split with her to L. A. The biggest Bill made was to mess around with a Caucasian woman who later gave birth to his child, thus humiliating Marie in the eyes of her friends.

Art (Ron Wyche) plays the smooth-talking Casanova of the set who charms the women to get what he wants because he hates the slammer and doesn't dig street life too tough at all.

Gafney (Vondi Hall) portrays the "revolutionary brother" who wants everyone to know he's relevant to what's happening. He only wants to be accepted by Black people.

The Afro-Centric Theatre company illuminates Ed Bullins' vivid script with its spirited, energetic performance; you can catch them in "The Fabulous Miss Marie" at the Langston Hughes Theatre, Livernois at Davison, Thursdays through Sundays at 8:00 p.m. throughout the month of March. Call 895-4756 for information.