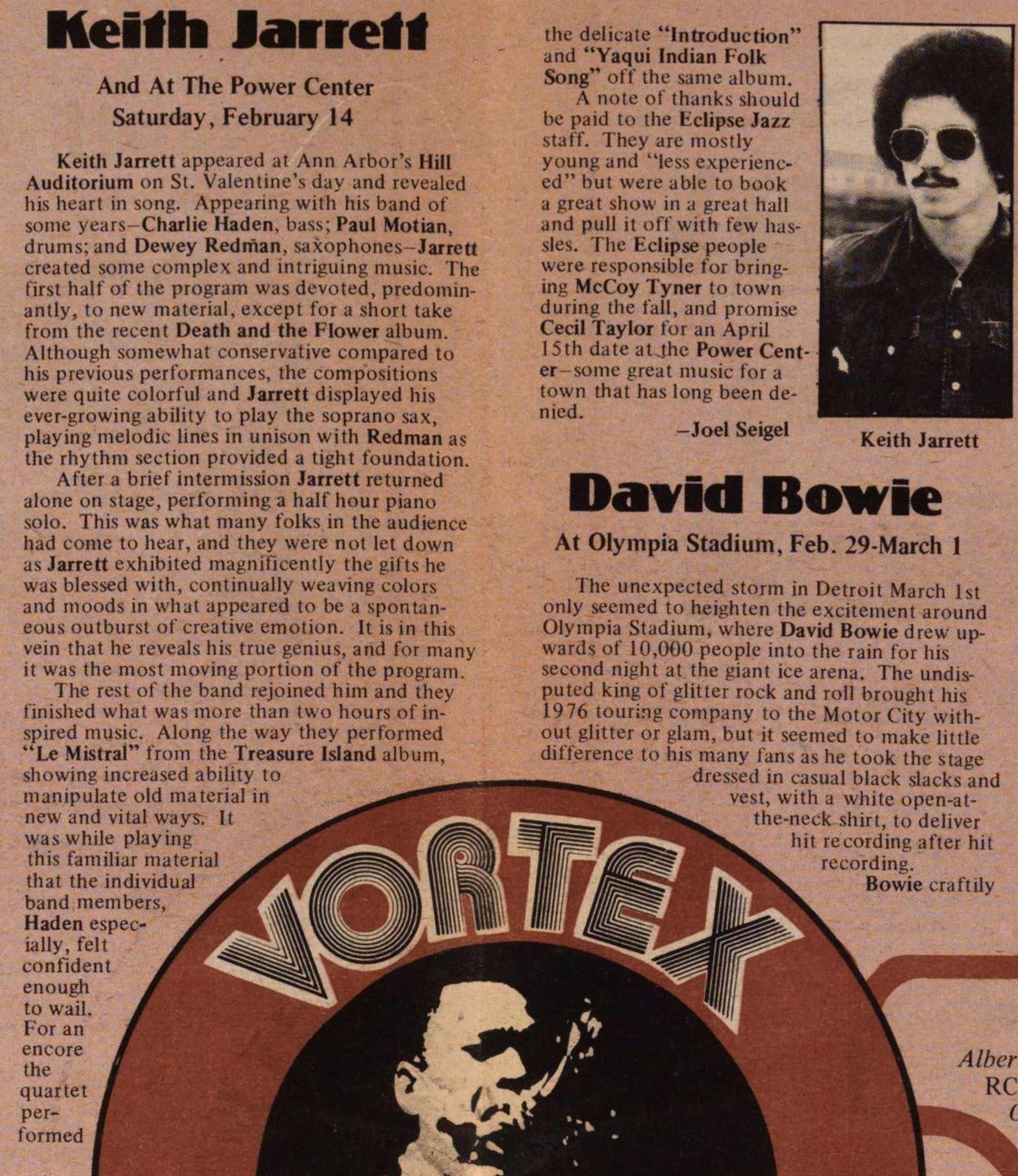 And At The Power Center Saturday, February 14

Keith Jarrett appeared at Ann Arbor's Hill Auditorium on St. Valentine's day and revealed his heart in song. Appearing with his band of some years-Charlie Haden, bass; Paul Motian, drums; and Dewey Redman, saxophones-Jarrett created some complex and intriguing music. The first half of the program was devoted, predominantly, to new material, except for a short take from the recent Death and the Flower album. Although somewhat conservative compared to his previous performances, the compositions were quite colorful and Jarrett displayed his ever-growing ability to play the soprano sax, playing melodic lines in unison with Redman as the rhythm section provided a tight foundation.

After a brief intermission Jarrett returned alone on stage, performing a half hour piano solo. This was what many folks in the audience had come to hear, and they were not let down as Jarrett exhibited magnificently the gifts he was blessed with, continually weaving colors and moods in what appeared to be a spontaneous outburst of creative emotion. It is in this vein that he reveals his true genius, and for many it was the most moving portion of the program.

The rest of the band rejoined him and they finished what was more than two hours of inspired music. Along the way they performed "Le Mistral" from the Treasure Island album, showing increased ability to manipulate old material in new and vital ways. It was while playing this familiar material that the individual band members, Haden especially, felt confident enough to wail. For an encore the quartet performed he delicate "Introduction" and "Yaqui Indian Folk Song" off the same album.

A note of thanks should be paid to the Eclipse Jazz Staff. They are mostly youngand "less evperienced" but were able to bonk a great show in a great hall and pull it off with few hassles. The Eclipse people were responsible for bringing McCoy Tyner to town during the fall, and promise Cecil Taylor for an April 15th date at the Power Center- some great music for a town that has long been denied.