Stop The Republicans In Ann Arbor 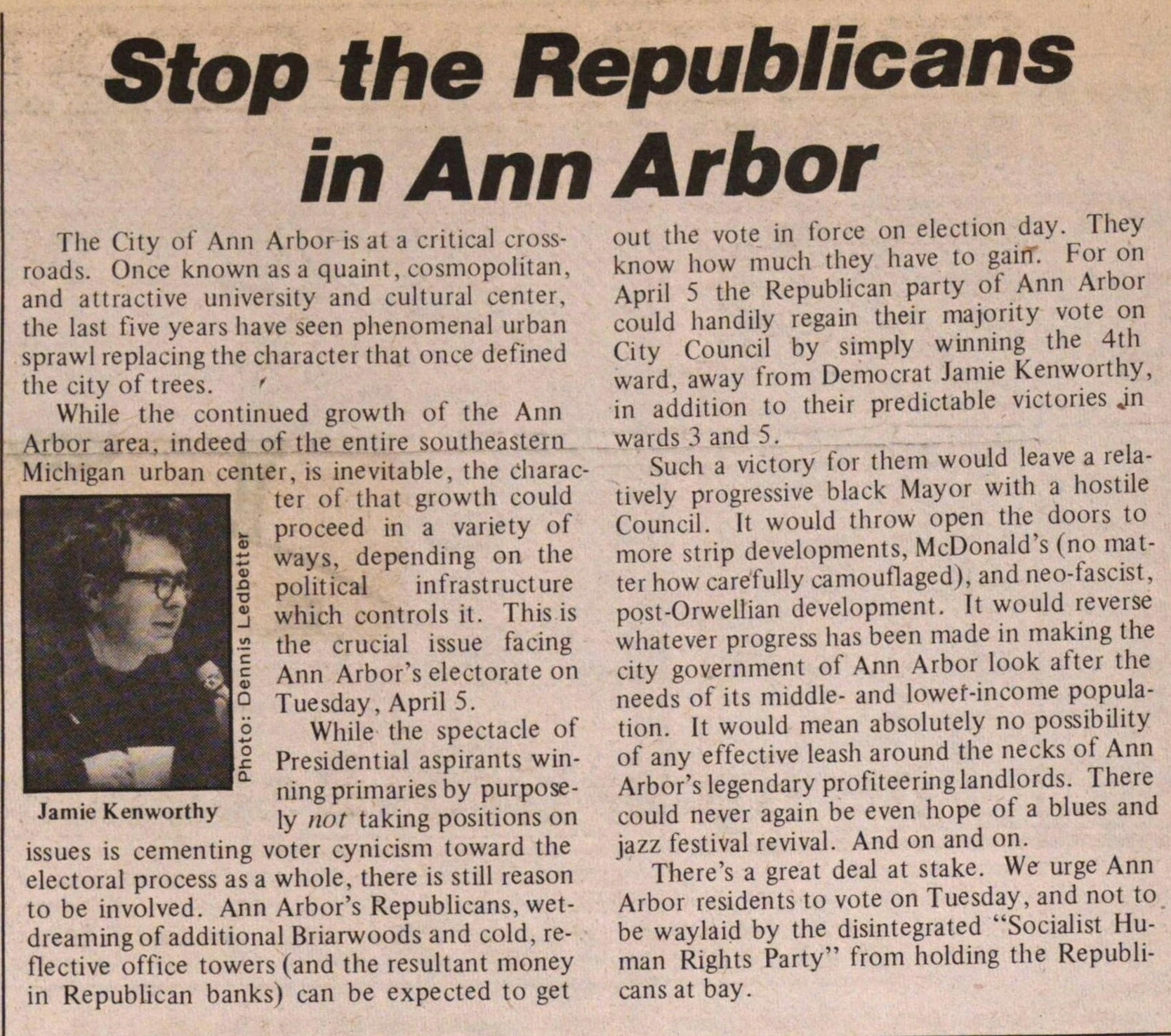 The City of Ann Arbor is at a critical crossroads. Once known as a quaint, cosmopolitan, and attractive university and cultural center, the last five years have seen phenomenal urban sprawl replacing the character that once defined the city of trees.

While the continued growth of the Ann Arbor area, indeed of the entire southeastern Michigan urban center, is inevitable, the character of that growth could proceed in a variety of ways, depending on the political infrastructure which controls it. This is the crucial issue facing Ann Arbor's electorate on Tuesday, April 5.

While the spectacle of Presidential aspirants winning primaries by purposely nor taking positions on issues is cementing voter cynicism toward the electoral process as a whole, there is still reason to be involved. Ann Arbor's Republicans, wet dreaming of additional Briarwoods and cold, reflective office towers (and the resultant money in Republican banks) can be expected to get out the vote in force on election day. They know how much they have to gain. For on April 5 the Republican party of Ann Arbor could handily regain their majority vote on City Council by simply winning the 4th ward away from Democrat Jamie Kenworthy, in addition to their predictable victories in wards 3 and 5.

Such a victory for them would leave a relatively progressive black Mayor with a hostile Council. It would throw open the doors to more strip developments, McDonald's (no matter how carefully camouflaged), and neo-fascist, post-Orwellian development. It would reverse whatever progress has been made in making the city government of Ann Arbor look after the needs of its and lower-income population. It would mean absolutely no possibility of any effective leash around the necks of Ann Arbor's legendary profiteering landlords. There could never again be even hope of a blues and jazz festival revival. And on and on.

There's a great deal at stake. We urge Ann Arbor residents to vote on Tuesday, and not to be waylaid by the disintegrated "Socialist Human Rights Party" from holding the Republicans at bay.