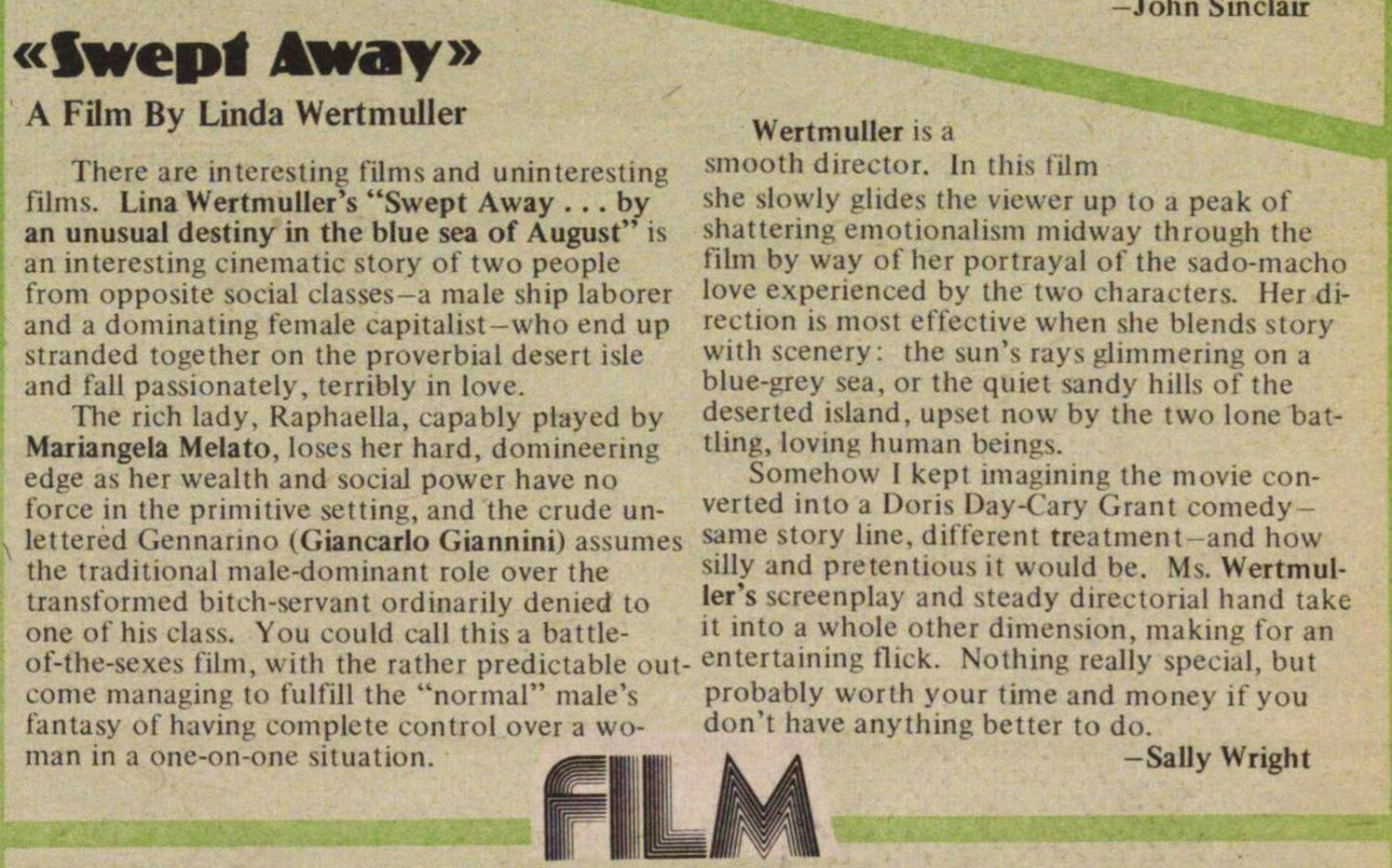 A Film By Linda Wertmuller

There are interesting films and uninteresting films. Lina Wertmuller's "Swept Away ... by an unusual destiny in the blue sea of August" is an interesting cinematic story of two people from opposite social classes -- a male ship laborer and a dominating female capitalist -- who end up stranded together on the proverbial desert isle and fall passionately, terribly in love.

The rich lady. Raphaella, capably played by Mariangela Melato, loses her hard, domineering edge as her wealth and social power have no force in the primitive setting, and the crude unlettered Gennarino (Giancarlo Giannini) assumes the traditional male-dominant role over the transformed bitch-servant ordinarily denied to one of his class. You could call this a battle-of-the-sexes film, with the rather predictable outcome managing to fulfill the "normal" male's fantasy of having complete control over a woman in a one-on-one situation.

Wertmuller is a smooth director. In this film she slowly glides the viewer up to a peak of shattering emotionalism midway through the film by way of her portrayal of the sado-macho love experienced by the two characters. Her direction is most effective when she blends story with scenery: the sun's rays glimmering on a blue-grey sea, or the quiet sandy hills of the deserted island, upset now by the two lone battling, loving human beings.

Somehow I kept imagining the movie converted into a Doris Day-Cary Grant comedy -- same story line, different treatment -- and how silly and pretentious it would be. Ms. Wertmuller's screenplay and steady directorial hand take it into a whole other dimension, making for an entertaining flick. Nothing really special, but probably worth your time and money if you don't have anything better to do.