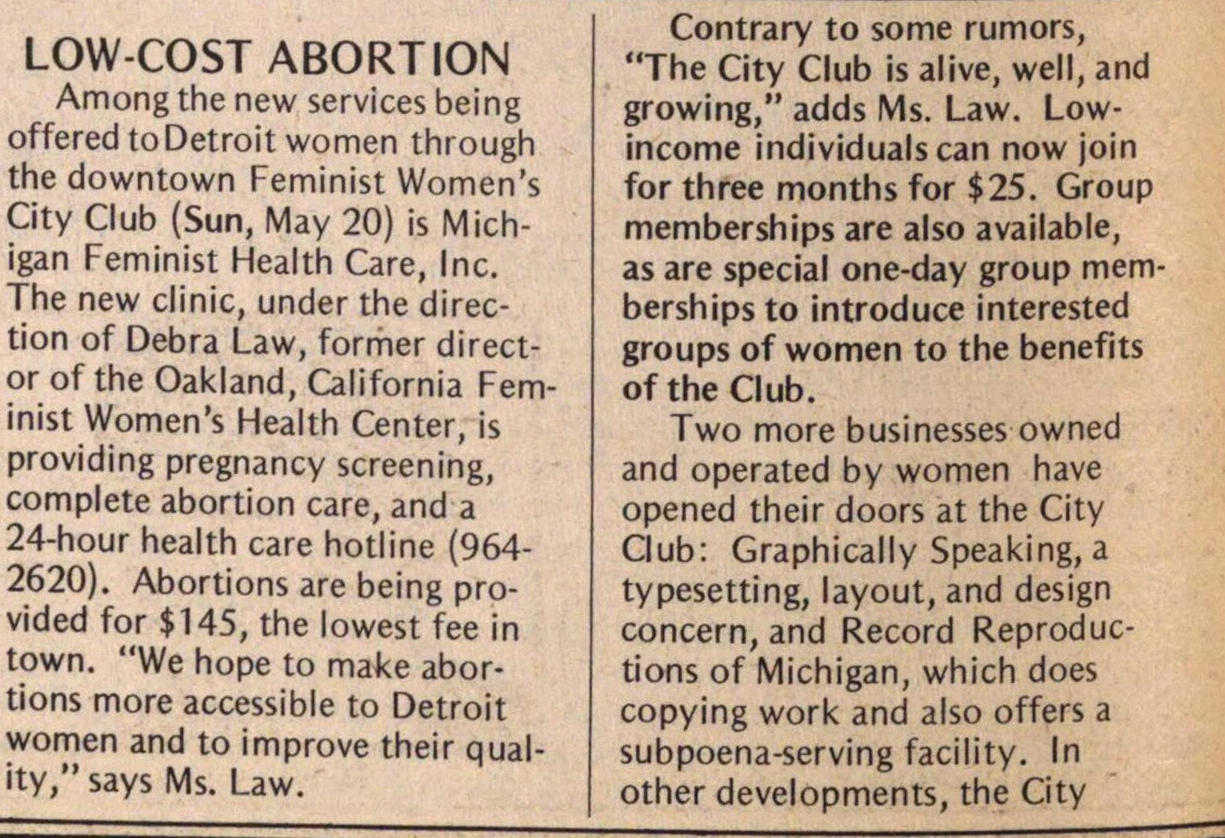 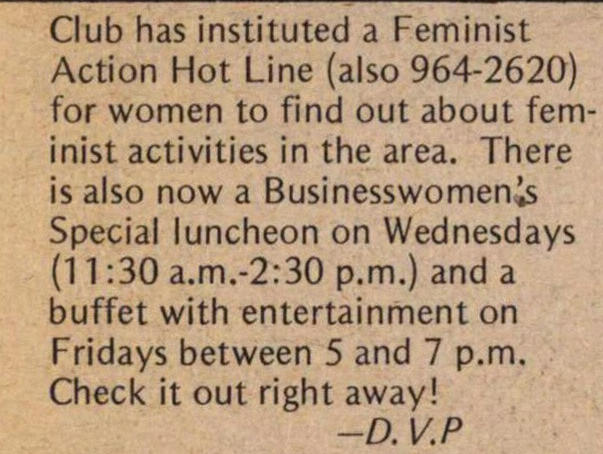 Among the new services being offered to Detroit women through the downtown Feminist Women's City Club (Sun, May 20) is Michigan Feminist Health Care, Inc. The new clinic, under the direction of Debra Law, former director of the Oakland, California Feminist Women's Health Center, is providing pregnancy screening, complete abortion care, and a 24-hour health care hotline (964-2620). Abortions are being provided for $145, the lowest fee in town. "We hope to make abortions more accessible to Detroit women and to improve their quality,"says Ms. Law.

Contrary to some rumors, "The City Club is alive, well, and growing," adds Ms. Law. Low-income individuals can now join for three months for $25. Group memberships are also available, as are special one-day group memberships to introduce interested groups of women to the benefits of the Club.

Two more businesses owned and operated by women have opened their doors at the City Club: Graphically Speaking, a typesetting, layout, and design concern, and Record Reproductions of Michigan, which does copying work and also offers a subpoena-serving facility. In other developments, the City Club has instituted a Feminist Action Hot Line (also 964-2620) for women to find out about feminist activities in the area. There is also now a Businesswomen's Special luncheon on Wednesdays (11:30 a.m.-2:30 p.m.) and a buffet with entertainment on Fridays between 5 and 7 p.m. Check it out right away!-----D.V.P.